KASPER SCHMEICHEL might not be the only man responsible for Mohamed Salah's missed penalty against Leicester.

Midfield maestro James Maddison was caught whispering something in Salah's ear before the Liverpool man produced an uncharacteristic miss from the spot. 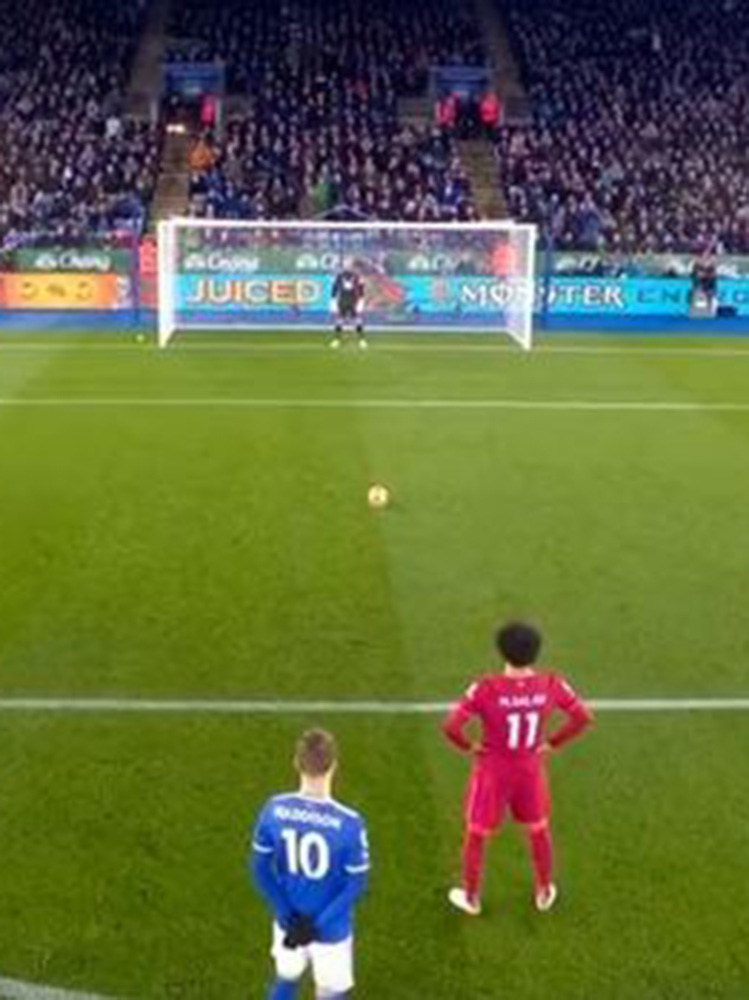 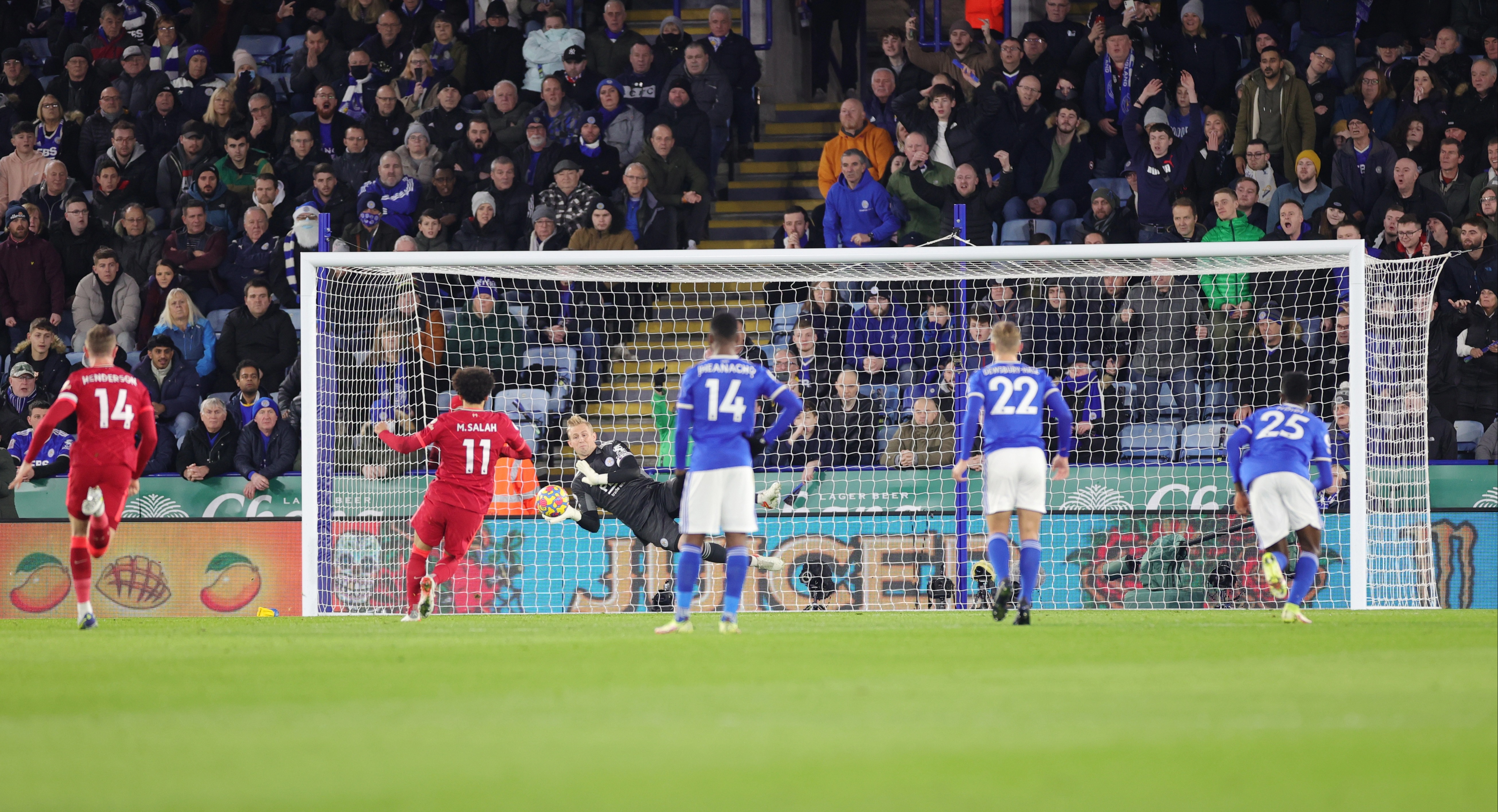 Salah himself won the first-half penalty after being tripped in the area by stand-in centre-back Wilfred Ndidi.

Schmeichel guessed the right way to deny the tame effort, before the Egyptian could only head the rebound onto the crossbar.

But prior to that Maddison can be seen whispering a message into Salah's ear.

And the one-cap England international clearly got into his head, as the Liverpool star fired a weak effort on goal.

It was just his third penalty miss for Liverpool, having failed in only two out of 20 efforts prior to yesterday.

Reds boss Jurgen Klopp spotted the incident, but didn't pin any blame on the Leicester man.

RON THE WAY OUT

THEY TOOT… THEY SCORE

He said after the game: "Maddison for sure was talking to him but everybody tries that, but that's not a problem really.

"There's really not a little bit of blaming or whatever for Mo, he scores usually from these situations: tonight he didn't.

"It was a little like the whole game, Mo is part of the team and usually he is better in this situation like the team was better in the football game."

Fans on social media though reckon Maddison was the reason Salah missed, claiming the Leicester man 'psyched out' his opponent.

And supporters are desperate to know what he said.

One wrote: "I’d love to know what James Maddison said to Salah just before the penalty miss."

Meanwhile another joked: "Schmeichel & Maddison did everything possible to put Salah off there, elite s***housery from them."

Incredibly, Maddison wasn't only trolling Salah – after the match he was winding up his own TEAM-MATE by mocking Luke Thomas in the dressing room.

Salah would have put Liverpool ahead had he converted from the spot, but it was Ademola Lookman's second-half strike that ended up settling the game.

Leicester ran out 1-0 winners, with the Reds guilty of missing a number of glorious chances.

It leaves Klopp and Co six points off Manchester City after 19 games each – the exact halfway stage of the season.