The Portuguese infamously had his head patted 'like a puppy' by his Old Trafford successor during Spurs 2-1 defeat to the Red Devils in December. 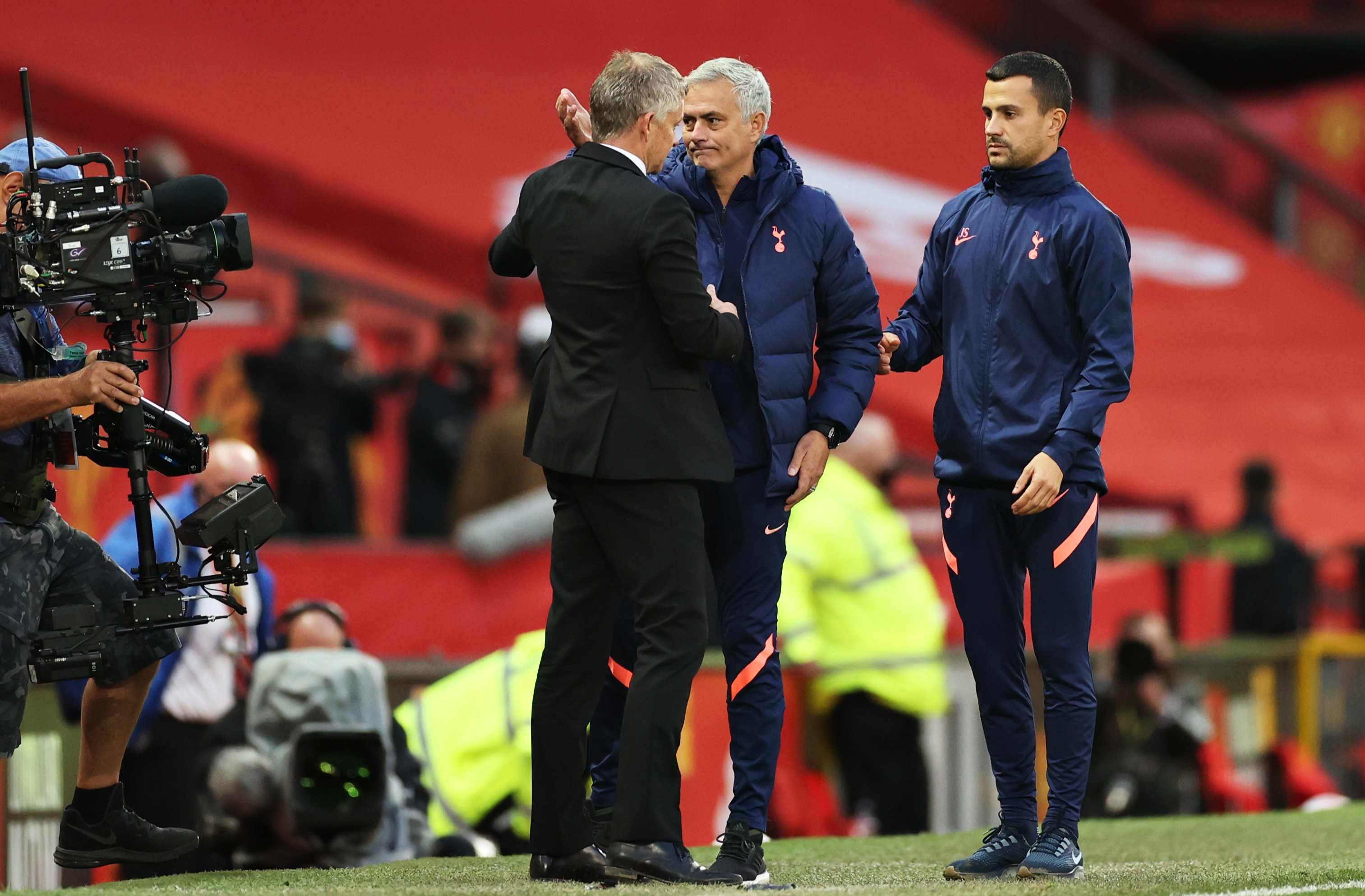 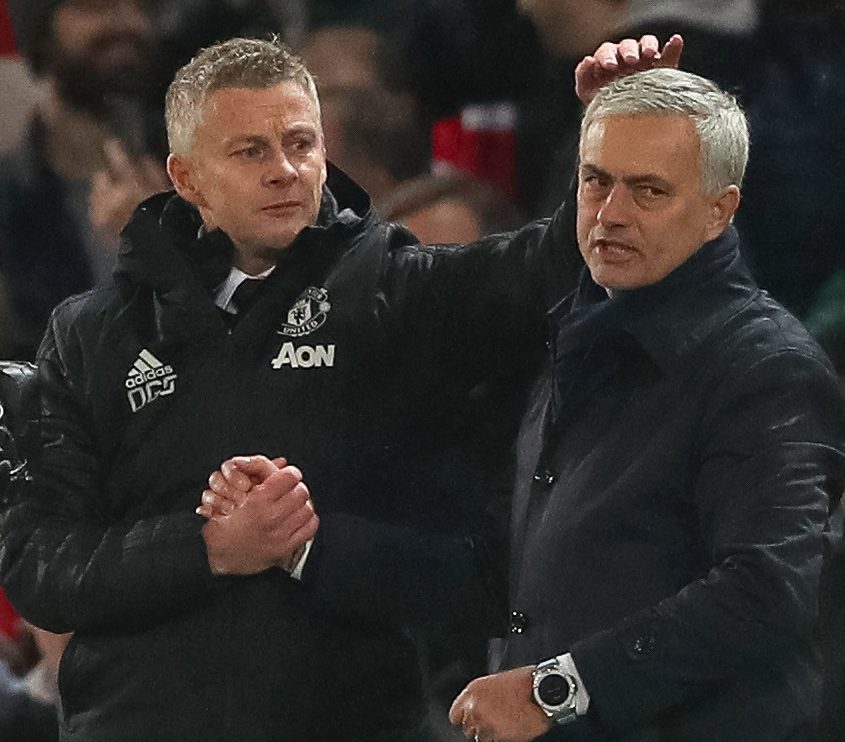 After Marcus Rashford's double ended Mourinho's winning run last year, the Special One was involved in a touchline exchange with Solskjaer.

The pair hugged on the touchline after the match but Solskjaer could not resist patting his counterpart patronisingly on the head.

Mourinho was asked about the incident afterwards but played it down, saying: "No one likes to lose the game. But we are all the same, we just want to win games."

Yet it seems the incident had bothered the Spurs chief more than he let on as he ensured he got his revenge 10 months later.

After watching his team sweep six past his former side Mourinho shook Solskjaer's hand before making sure he patted him on the back of the head.

And the subtle moment didn't unnoticed on social media, with one tweeting: "You just knew Mourinho was gonna tap his head."

A third added: "LMAO Mourinho did his head tap back. I love this man."

Another user posted: "Mourinho had that image of Ole patting him on the head burned into his skull for the last 12 months."

Speaking after the match, Mourinho chose instead to focus on the history-making performance for Spurs.

"I won many times in this stadium, mostly with Manchester United but also with Chelsea, Real Madrid and now Tottenham.

“We were the best team. They couldn’t stop us when we were 11 v 11. We were winning already, we were missing chances. The performance was very, very impressive.

"The message this week was that together and with this squad we can make it."