Dortmund fought back from 2-0 down to level the score, before the two goalkeepers made the difference. 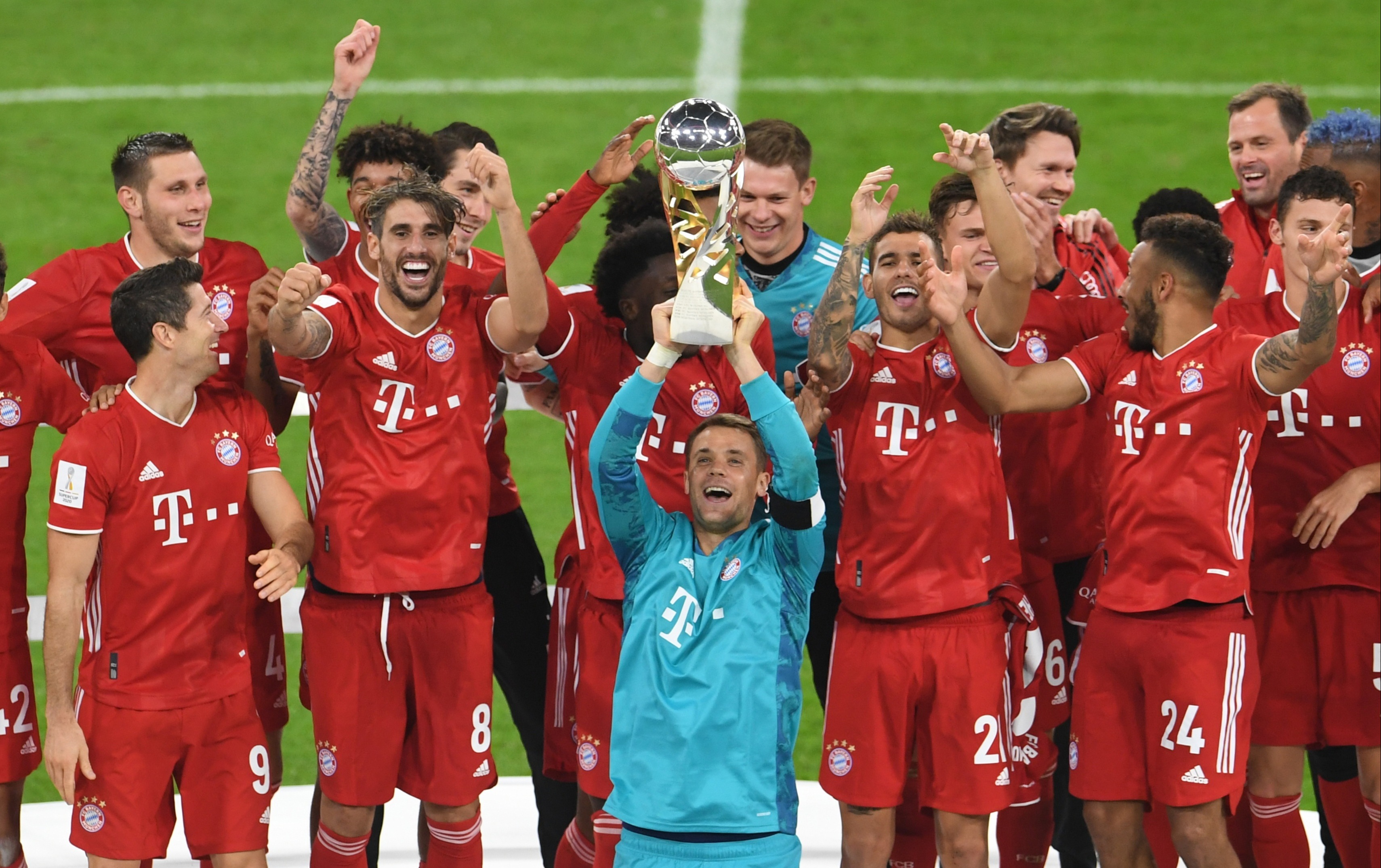 Dortmund's stand-in keeper Marwin Hitz could only parry Kimmich's shot in the 82nd minute and the midfielder stretched to flick in the rebound while falling.

For Bayern it was a morale-boosting recovery after losing 4-1 to Hoffenheim on Sunday to end a 32-game unbeaten run.

It also marked the third win in a row against Dortmund.

Kimmich's winner was the second Bayern goal on a rebound after Corentin Tolisso was left with a simple finish to open the scoring in the 18th minute.

Hitz pushed his first shot onto the crossbar following a lightning-fast counterattack the length of the field.

Bayern made it 2-0 through Thomas Muller's header in the 32nd minute after Dortmund backed off Alphonso Davies and gave him time to play a cross perfectly weighted to meet the veteran arriving at the far post.

Haaland hauled Dortmund back into the game, setting up Julian Brandt to score in the 39th minute and then scoring himself in the 55th. 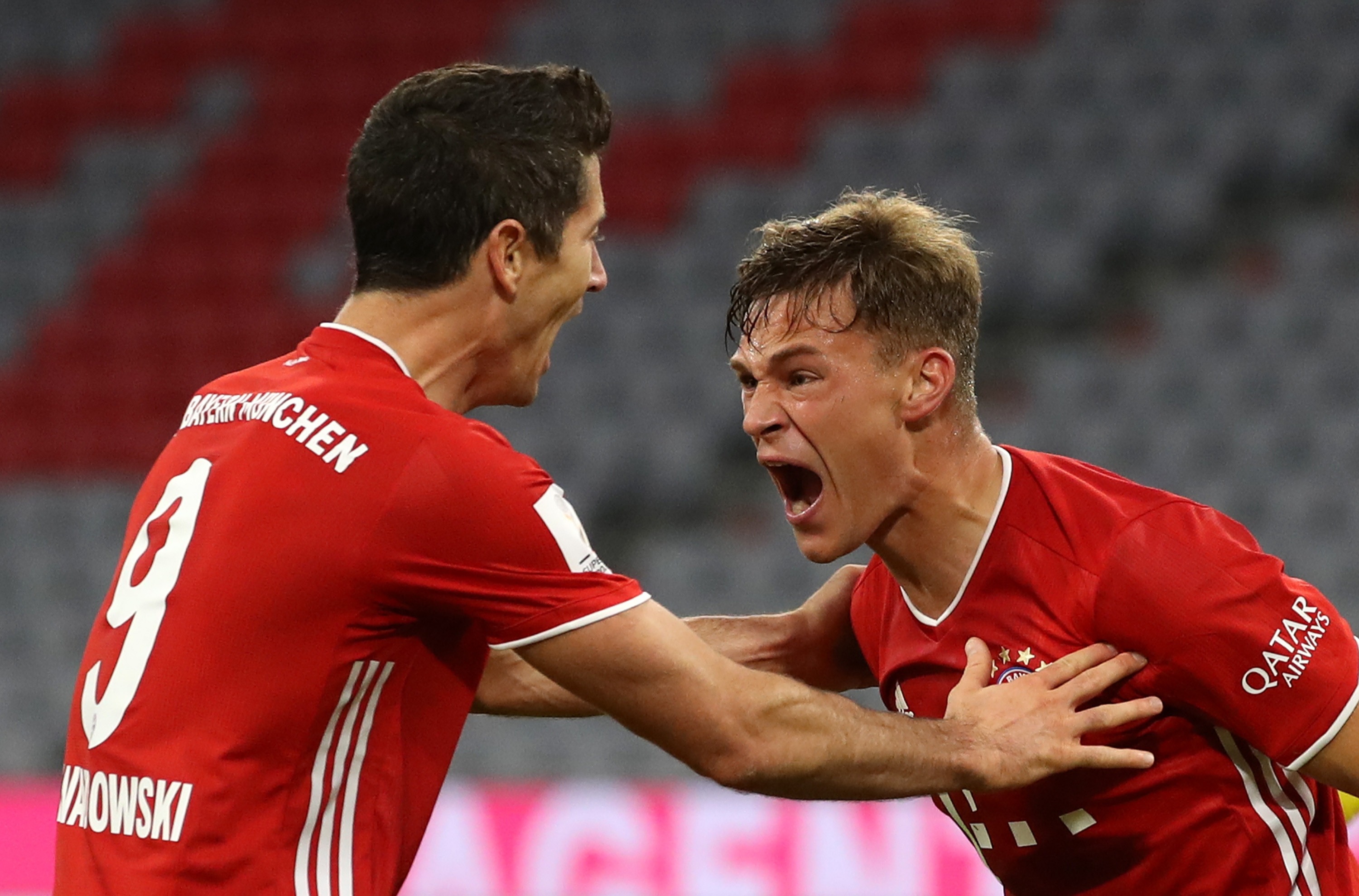 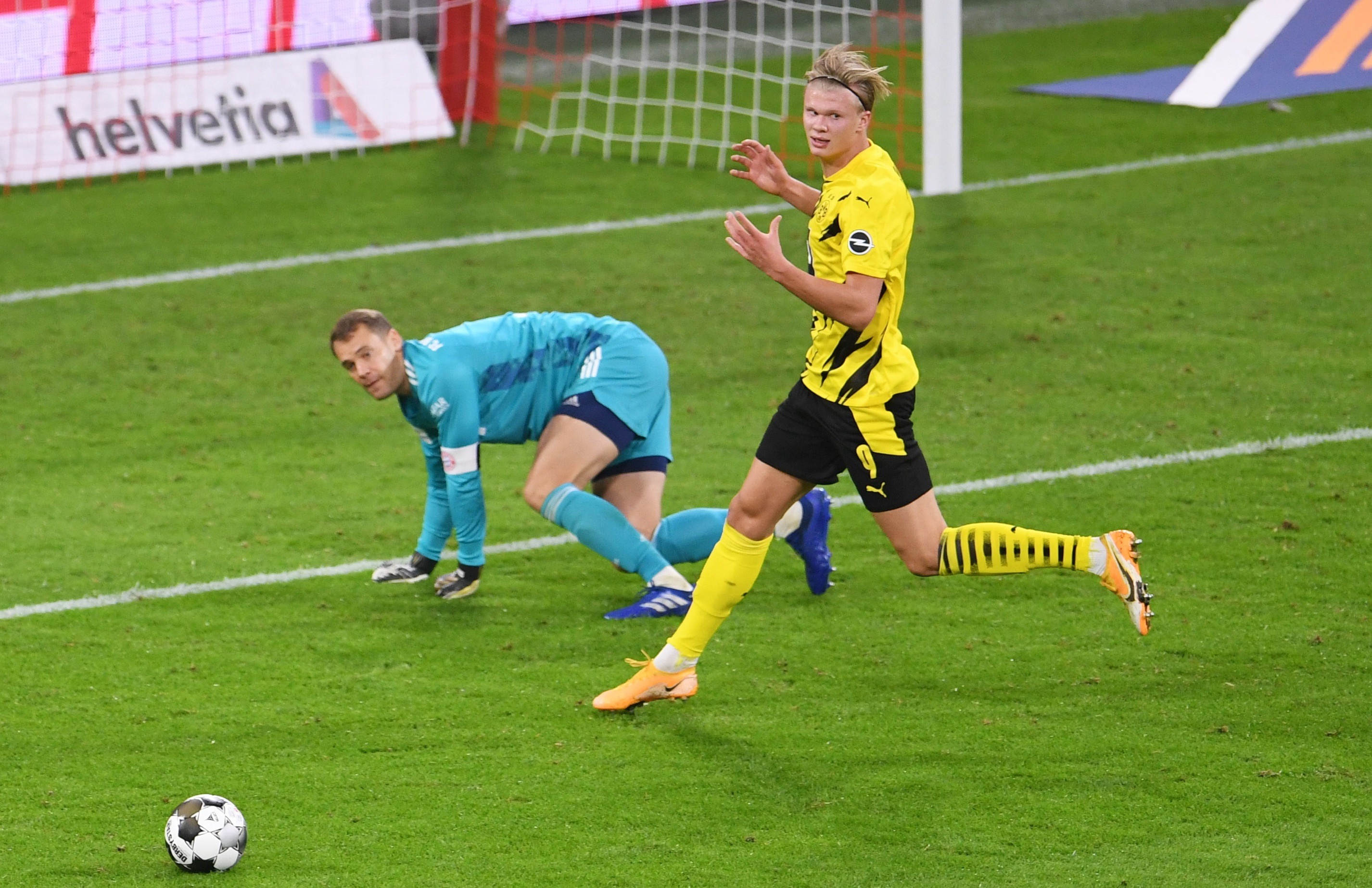 The move which began when Manuel Akanji muscled Robert Lewandowski off the ball in the midfield.

It was the last game before retirement for Bibiana Steinhaus, who became the first female referee to oversee men's Bundesliga games in 2017.

Speaking after winning the silverware, Bayern coach Hansi Flick said: "It was not that easy especially in the second half. We led 2-0 but then made our own life difficult.

"What counts is that we won the game. Everything else we will need to do better on Sunday [against Hertha]."