LUKAS PODOLSKI was unveiled like a king as Gornik Zabrze fans filled their stadium, screamed his name and set off flares after he kept a promise to eventually join his local Polish club.

The former Arsenal striker, 36, won 130 Germany caps but is a lifelong Gornik supporter, having lived nearby until he was two. 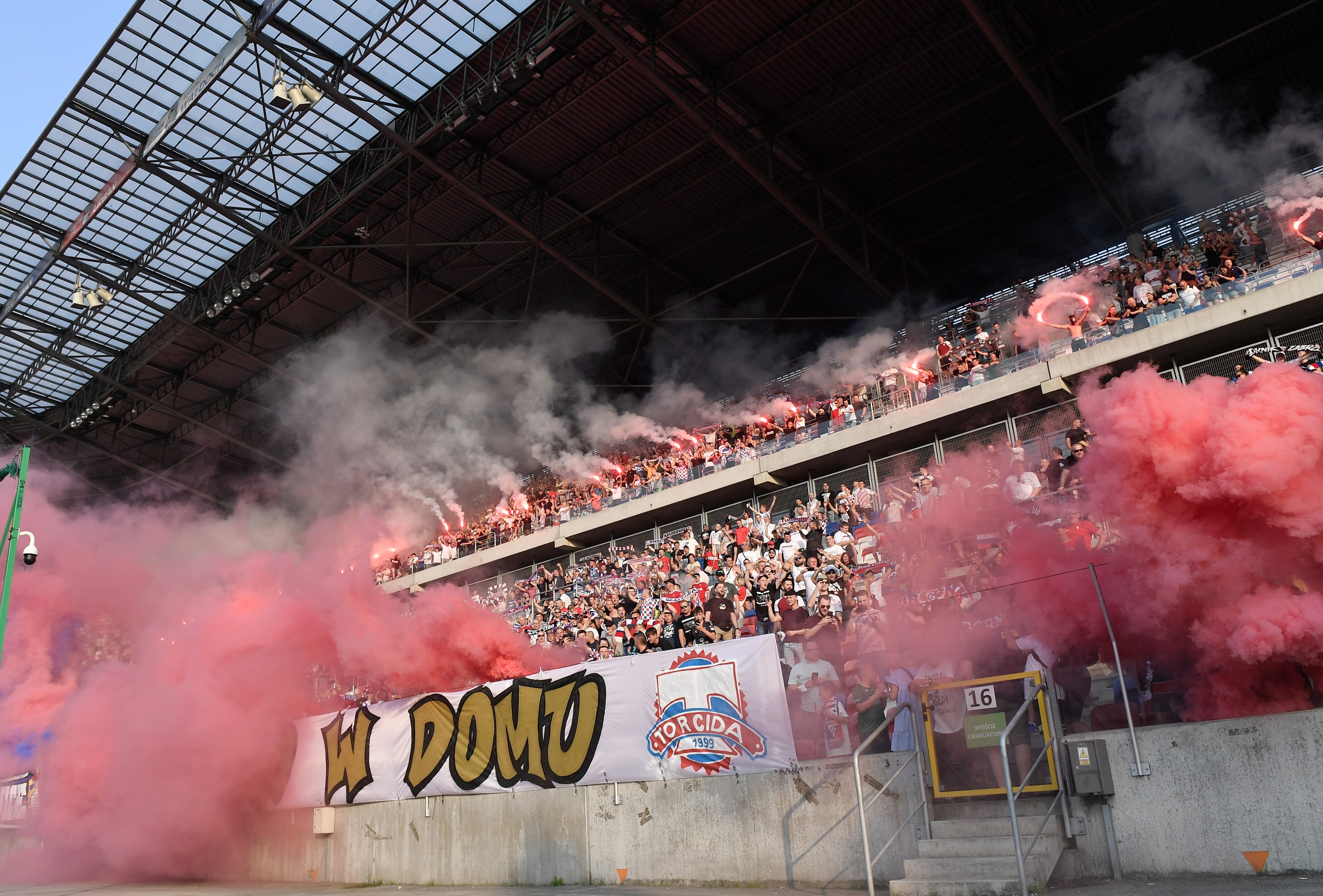 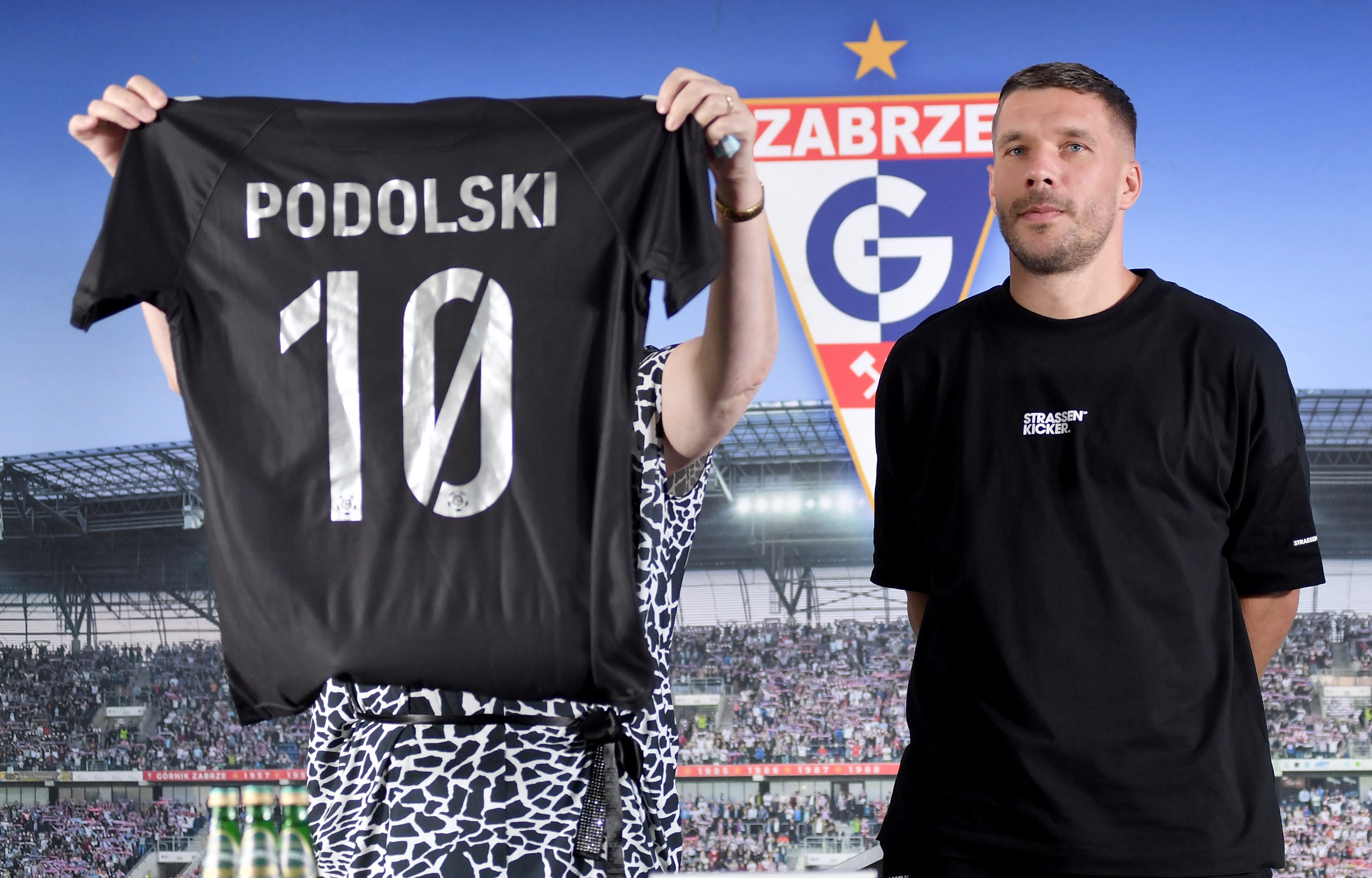 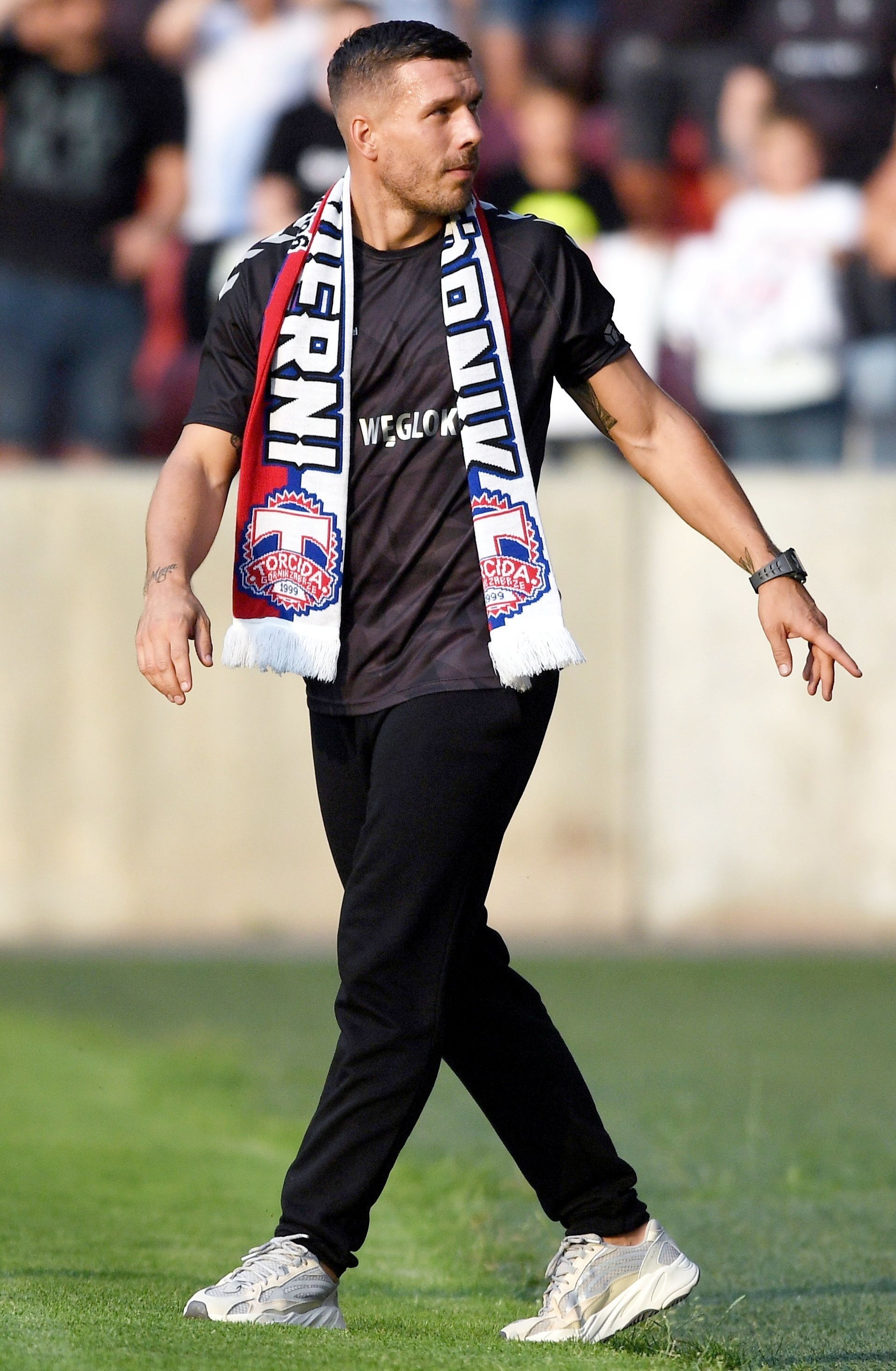 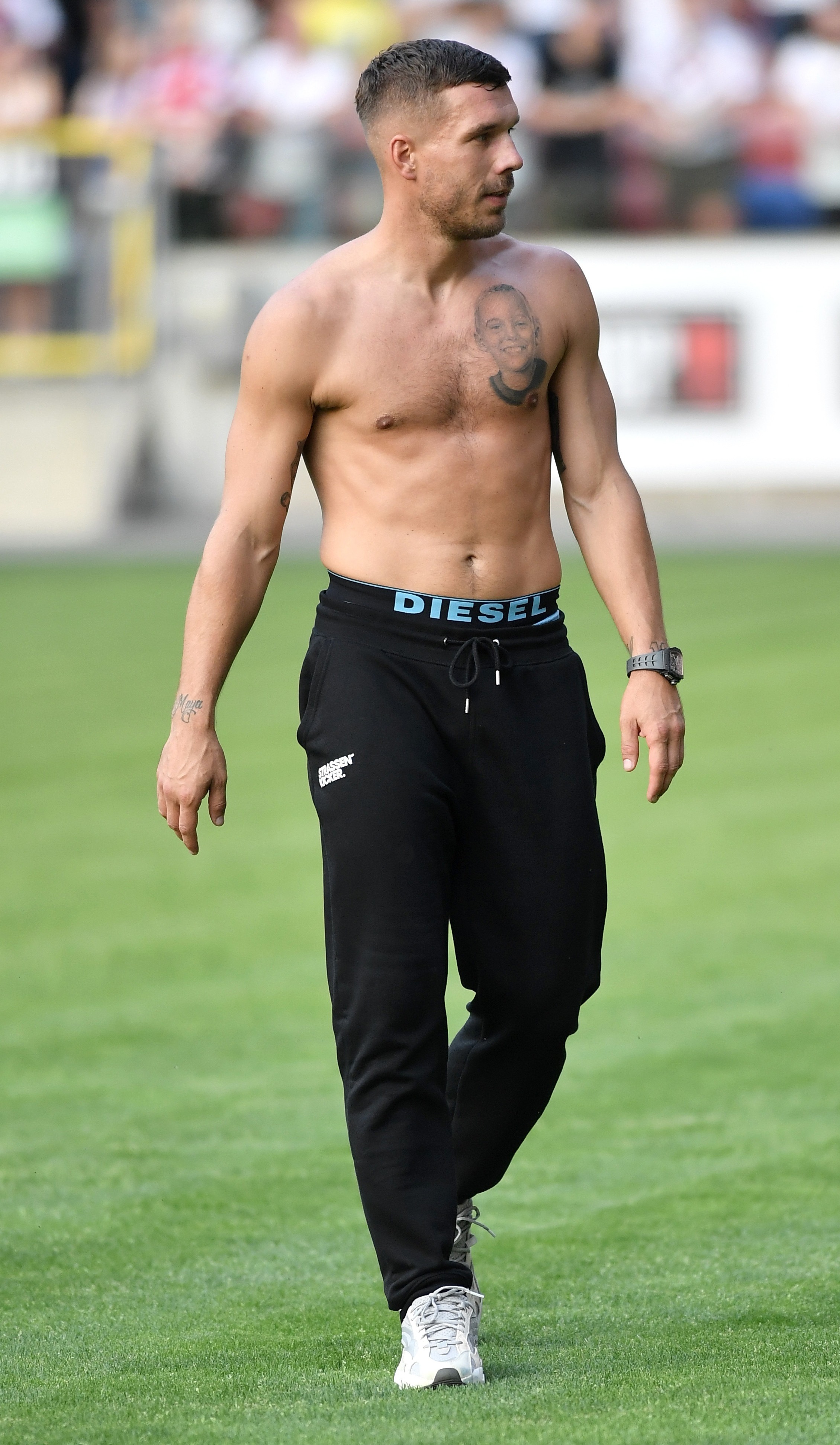 And despite being a 2014 World Cup winner, Podolski will never have received a welcome as spectacular as this.

Red smoke drifted around the Gornik stadium as fans chanted for the ex-Bayern Munich hero as he joined a team in his home country for the first time ever.

He even went topless before putting on his new team's shirt following his move from Turkish club Antalyaspor.

And Podolski also walked round the ground signing autographs as fans leaned over.

It marks the end of a long wait for Gornik as Gilwice-born Podolski had insisted he would some day return to join the Southern Polish team in Zabrze.

Germany's third-highest scorer ever has always been popular in Poland, helped by his attitude when playing against them.

He netted both goals in a 2-0 win against the Poles at Euro 2008 but did not celebrate scoring.

And he has also faced his home country on three other occasions during his glittering international career of 2004-17.

Podolski, who won the FA Cup during his 2012-15 stint at Arsenal, left Poland aged two with his parents.

But he speaks Polish fluently, his wife comes that country and he regularly visits his family in Upper Silesia. 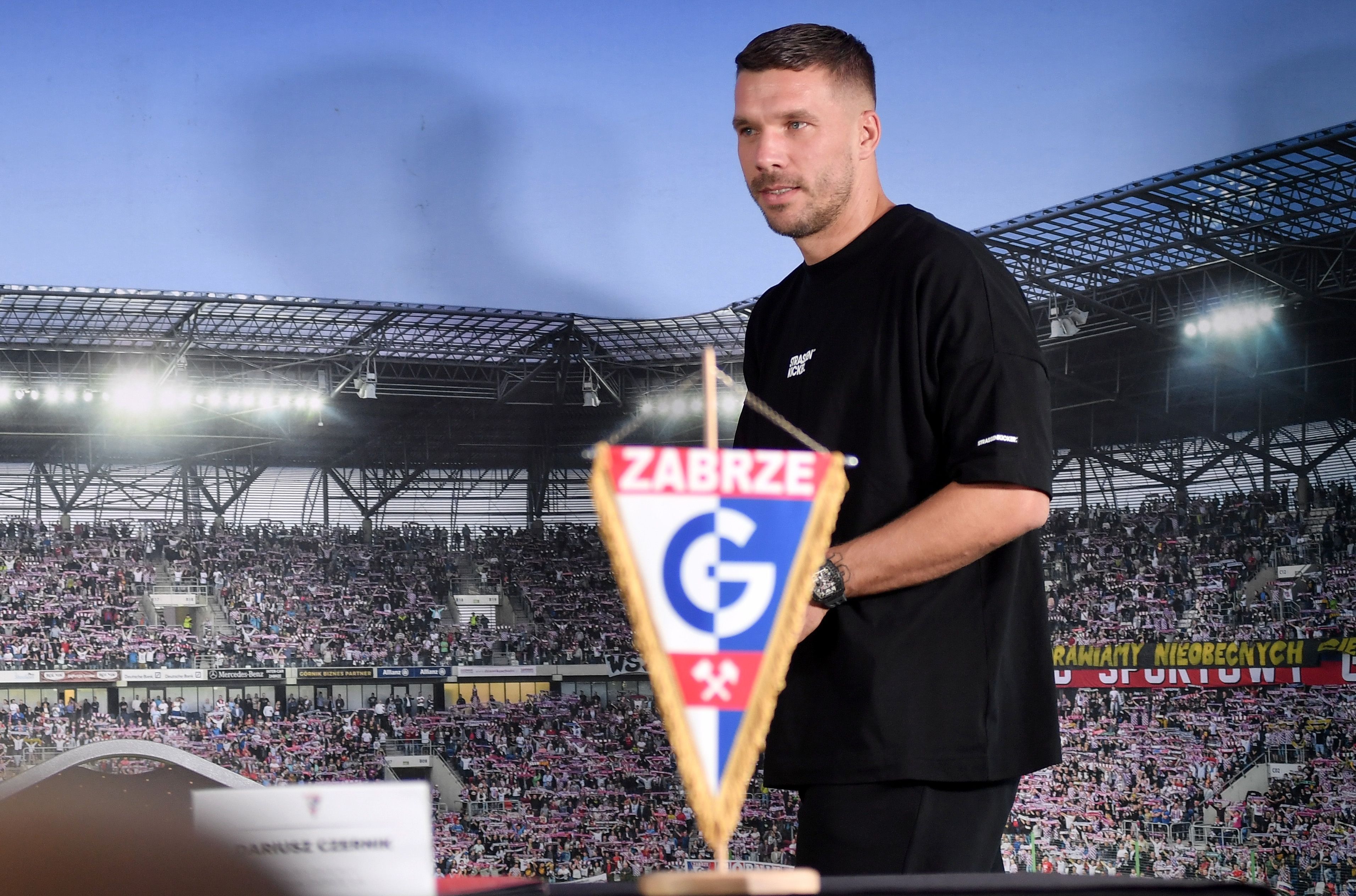