The Filipino legend challenges for Spence's WBC and IBF welterweight titles on August 21 in Las Vegas. 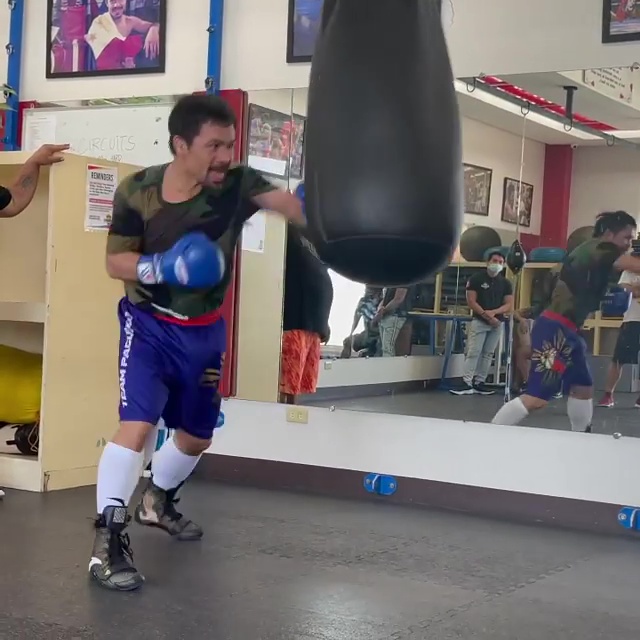 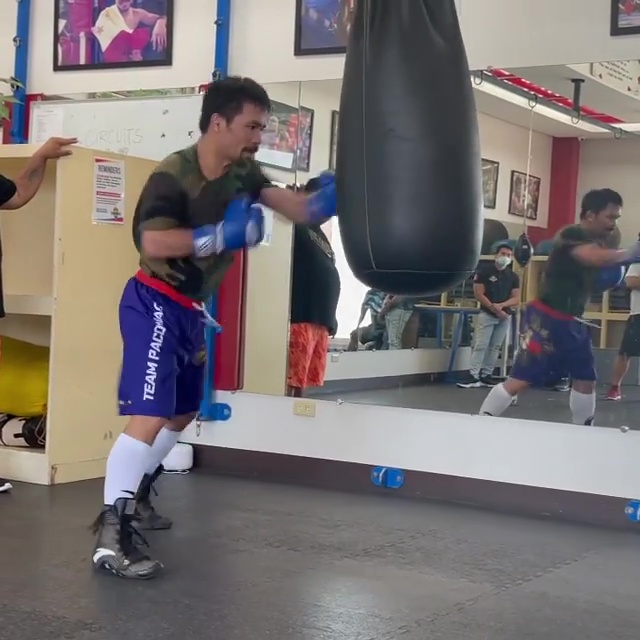 Astonishingly, it will be Pacquiao's 26th world title fight, spanning across EIGHT division.

But the 42-year-old is showing no signs of slowing down as he released a training clip on the heavy bag.

But he is now tasked with becoming the first man to ever beat Spence, who is 27-0 with 21 knockouts.

Garcia, who was dominated by Spence in 2019, failed to land a fight with Pacquiao in the Middle East.

And he has backed the unbeaten American to prevail but warned it could go the scorecards.

Garcia told EsNews: “It’s not going to be an easy fight for Spence. 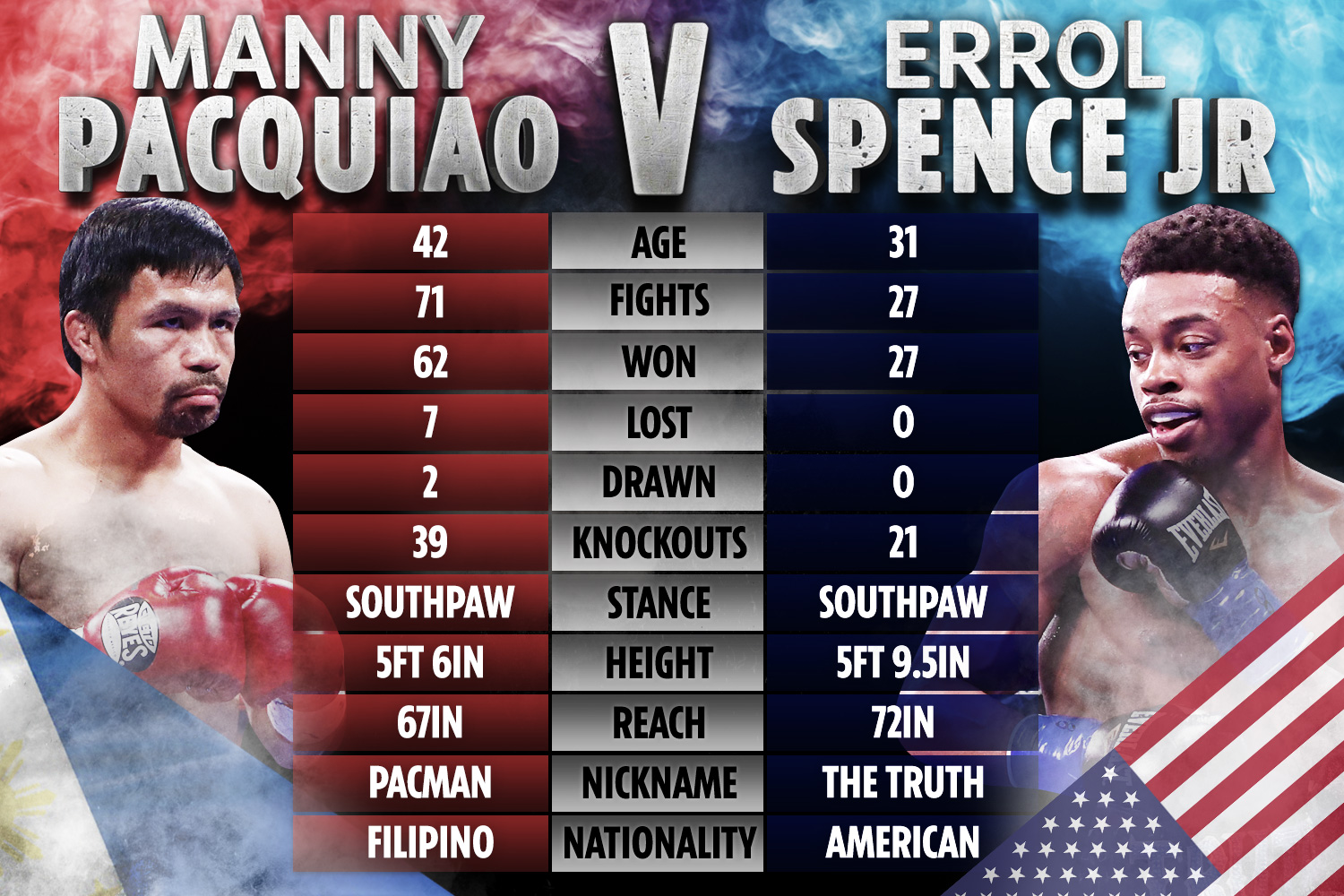 “Pacquiao’s going to have a lot in his arsenal. He’s got a lot of experiences. Quick footwork, fast hands, power.

“It’s not an easy fight. But I just feel that Spence is a fighter that can make the adjustments well. I think he’s going to win in a good fight.

“I don’t think he stops Manny. It’ll go the distance." 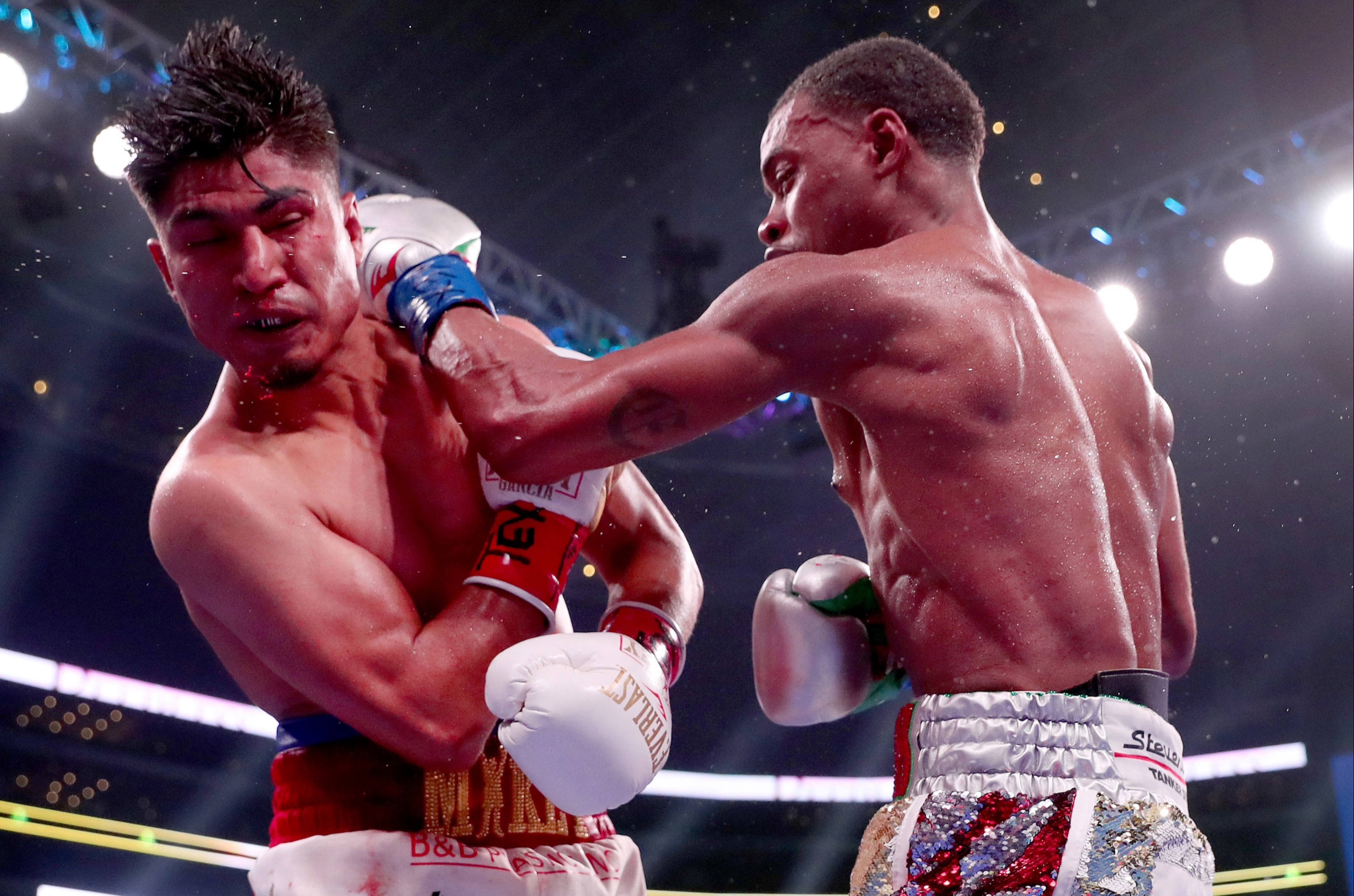