MEMPHIS DEPAY produced a moment of magic for new club Barcelona with a stunning goal.

The Dutch star's individual brilliance in their friendly against Stuttgart stole the show. 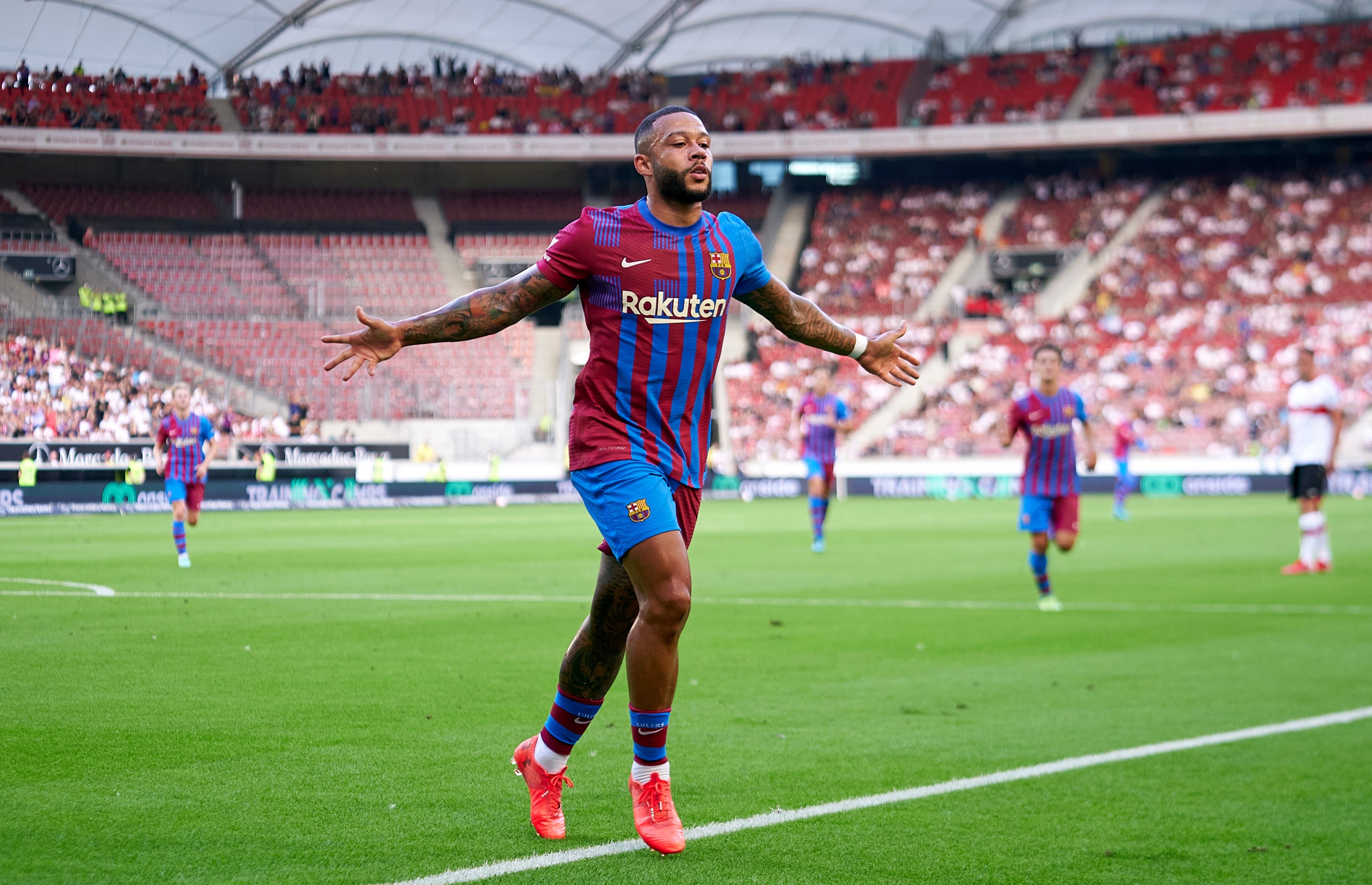 Depay underlined why Barca were determined to land their target this summer with several touches of class for the goal.

The Dutch attacker controlled a long pass, before flicking the ball with his right foot and smashing a stunning half-volley into the net.

It was a sensational goal from the 27-year-old as he announced his arrival at Barca in style.

Depay was unveiled at the Spanish giants earlier this month after completing his move on a free transfer from Lyon.

Barca eased to a 3-0 victory over Stuttgart as they continued their preparations for the new season.

Speaking recently, Depay said: "You just don't say no to Barcelona in my eyes.

"But did he [Koeman] have a big impact? Yes, very big, because I know him from the national team. He put me in the centre forward position and it did a lot.

"In the games that I played under the coach I did a lot of things that created chances or goals so I think he made me feel comfortable to play in a different way, a different role."