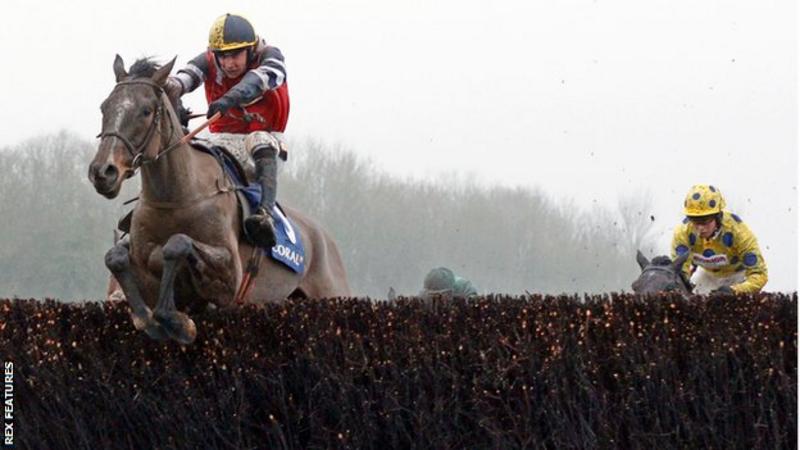 Welsh-trained Potters Corner won the Welsh Grand National at 8-1, holding off the challenge of Truckers Lodge.

The nine-year-old bay gelding is part-owned by Wales rugby player Jonathan Davies and was ridden at Chepstow by 17-year-old Welsh jockey Jack Tudor.

The Christian Williams-trained horse was named Welsh Horse Racing Chaser of the Year in November and had been targeting the Welsh National all year.

He hit the front three fences out to end a 54-year wait for a Welsh winner.

Wales and Scarlets centre Davies was jumping for joy in the crowd as he watched his horse pull clear.

“It’s an absolute dream for us,” Davies said.

“Christian has been amazing with him and deserves all the plaudits.

“It’s been amazing. I can’t stop smiling. I’m over the moon.”

Last year’s winner Elegant Escape had bid to become the first back-to-back winner of the Welsh Grand National in 30 years and set off as favourite on Friday.

But his 11st 12lb weight – 9lb more than last year – proved too much, and despite travelling well he faded late on.

Of the 17 runners it was The Two Amigos and last year’s runner-up Yala Enki took up the running, tracked closely by Potters Corner.

Those three remained the leading trio for the majority of the race, which began to develop as the horses turned for the line.

Paul Nicholls-trained Truckers Lodge, despite jumping poorly on occasions, looked the most likely to spoil the Welsh celebration at Chepstow.

But Potters Corner held on gamely and pulled clear after the final fence. 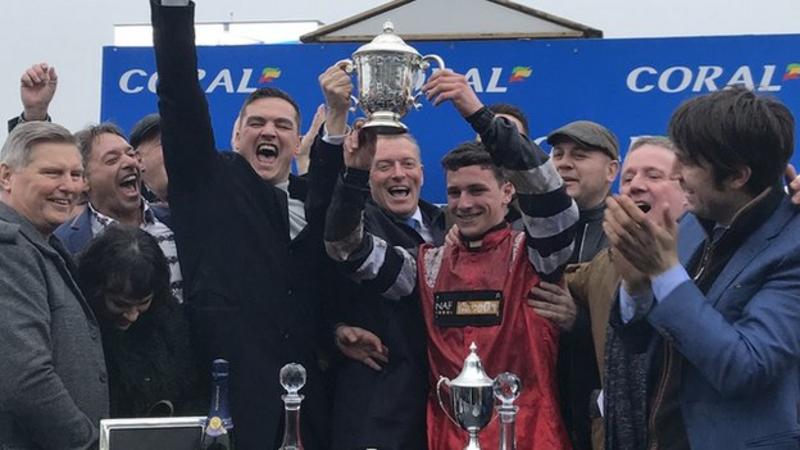 Tudor only turned professional in August, but the young jockey gave Potters Corners an eye-catching ride to victory.

“I knew we had a massive chance going into it, I was always pretty confident,” said Tudor.

“This is the biggest win so far, hopefully I’ll win a few more of these.”

Trainer Williams said the race “could not have gone any better” for Wales.

“We were a bit nervous today but I am thankful for everyone who has supported us,” said Williams.

“Any feature race is special but especially the Welsh National. He is a special horse.”

A fine win by Potters Corner, and a fine success for Welsh sport as one of Wales’ foremost sporting stars combined with, I suppose, its newest to make history.

In preparing for the BBC’s coverage of Welsh Grand Nationals I have been annually checking the details about Norther’s win in 1965, and exactly where he was trained, but now we have a new name.

Christian Williams’ regime includes time on his local beach, in the waves, just like 1970s Grand National icon Red Rum had, and if ground conditions are soft enough at Aintree that will be the aim.