MARCELO BIELSA’S rampant Leeds handed West Brom a five-goal thrashing – underlining the task facing Sam Allardyce if he is to maintain his reputation as the Premier League’s great survivor.

There was to be no repeat of the Baggies heroics at Anfield as the home side crashed to their biggest defeat of the season, leaving them humbled and hurting. 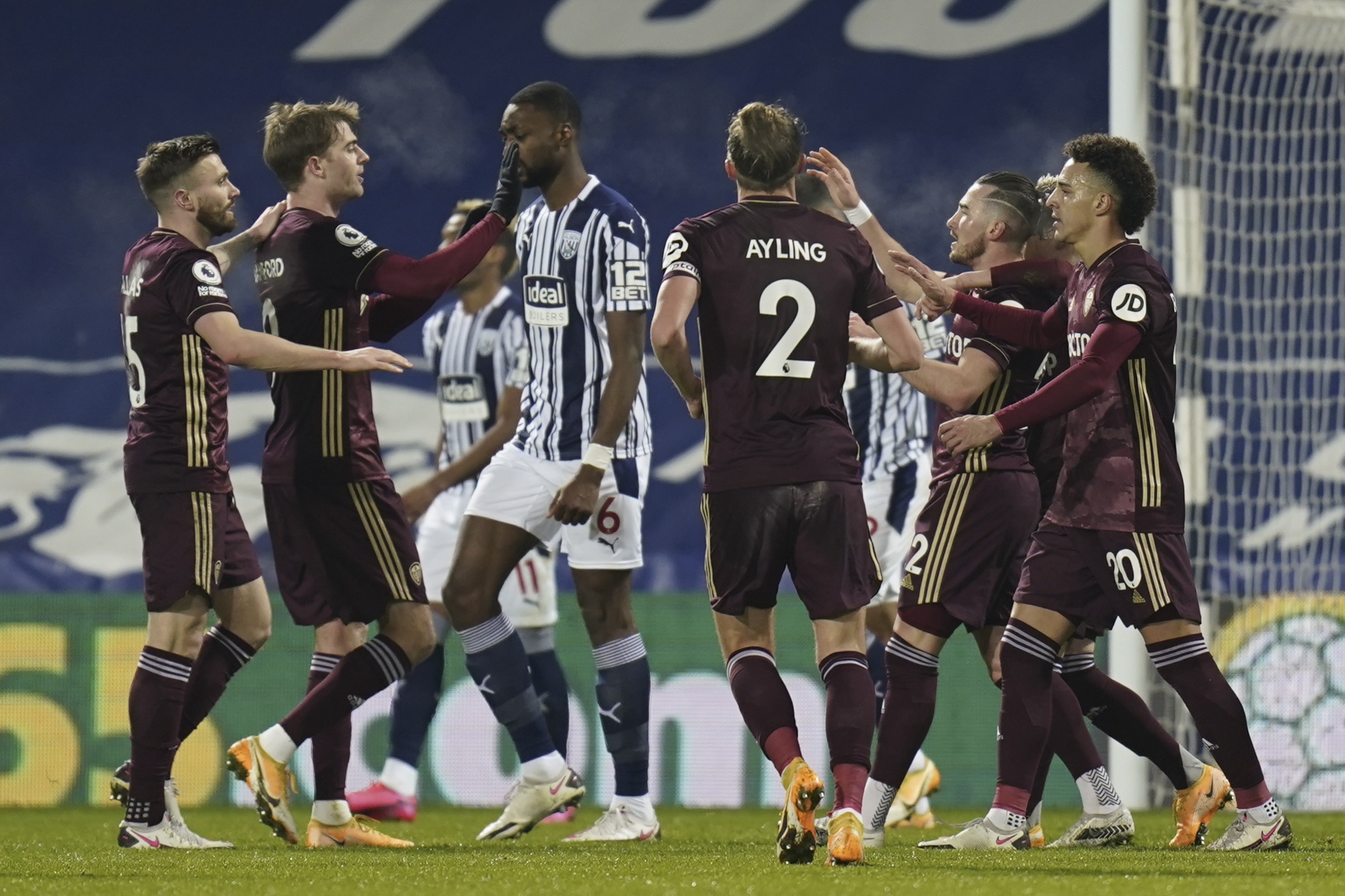 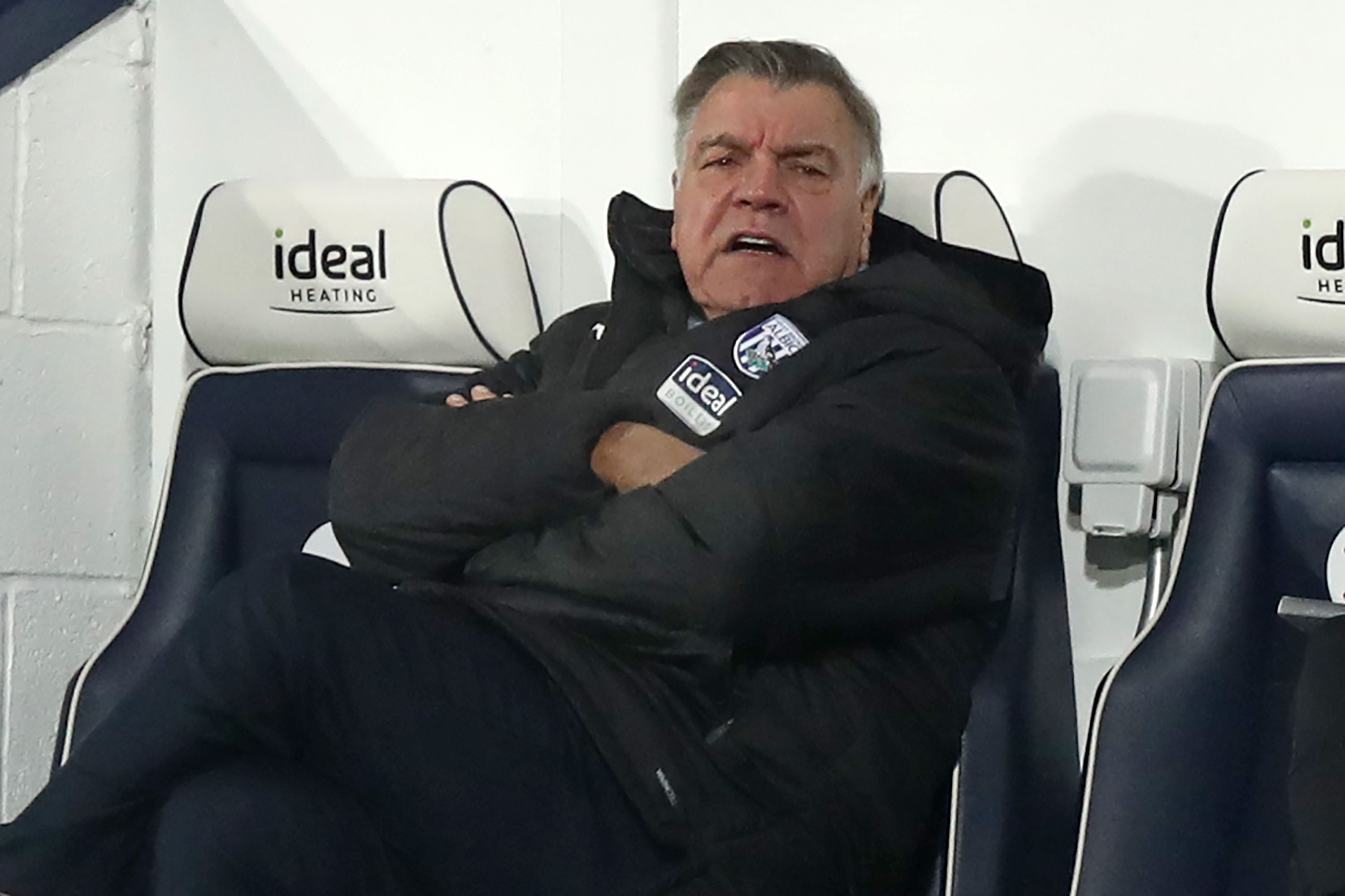 For the third time this season Albion leaked five goals – but unlike his predecessor Slaven Bilic, there was to be no consolation goals this time for big Sam’s side who were hopelessly outclassed by Bielsa’s side.

This was the biggest home defeat of Allardyce’s Prem career and one he will find hard to recover from quickly, with Arsenal next up at the Hawthorns on Saturday.

Leeds meanwhile are swiftly becoming the Prem’s great entertainers and sliced through Albion with embarrassing ease.

Sam’s blundering boys didn’t so much shoot themselves in the foot at the start – they blew the whole bloody leg off!

Poor Romaine Sawyers hung his head in shame after he produced the mother of all blunders to gift Leeds their opener after nine minutes.

Grady Diangana could have looked for a forward outlet when he received the ball inside his own half near the left touchline.

Instead he played the ball back to Sawyers who followed suit, to play a blind passback – despite being under minimal pressure from Rodrigo.

Unfortunately for the Baggies midfielder he didn’t bother to glance behind him when he swept the ball backwards.

If he had he would have seen Sam Johnstone had taken up position wide of his left post as goalies are instructed to do.

The theory is if the ball hits a bobble and the ‘keeper takes a clean air swipe, the worst that can happen is the loss of a corner kick.

But Sawyers clearly hadn’t received the memo as he sent the ball hurtling between the vacant sticks his goalie had just vacated and into the gaping net.

Even Patrick Bamford, the nearest Leeds player to the carnage, seemed too embarrassed to celebrate.

Meanwhile Allardyce slumped in his seat, arms folded, face darker than the snow-filled clouds above the Hawthorns.

He probably realised then that this wasn’t to be his night after suffering his SECOND freak setback of the evening.

Earlier, he was forced into a late reshuffle when Kieran Gibbs was smacked in the face by a stray ball during the pre-match warm-up – forcing him to hand Lee Peltier his first Premier League start for Albion.

It was as if Allardyce had used up his allowance of luck during his side’s heroic draw at Anfield when his side had defied all odds to hold the champions. 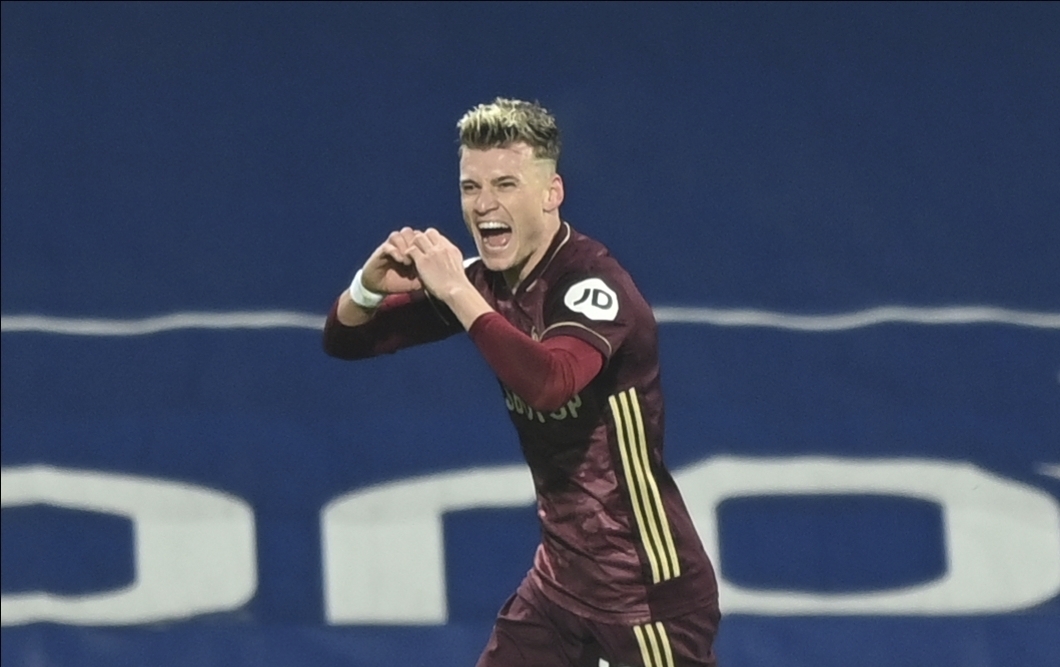 This was the polar opposite of that disciplined display as his Anfield battlers imploded before his disbelieving eyes.

His new club is hardly renowned for displaying Lazarus-like qualities with their ability to come from behind to win.

It is now 37 Premier League games since Baggies shrugged off the loss of the opening goal to beat Bournemouth in February 2017 – the last time they achieved the feat.

Leeds soon killed those slim hope stone dead with a devastating three goal burst in nine ruthless minutes to put this game to bed before the break. 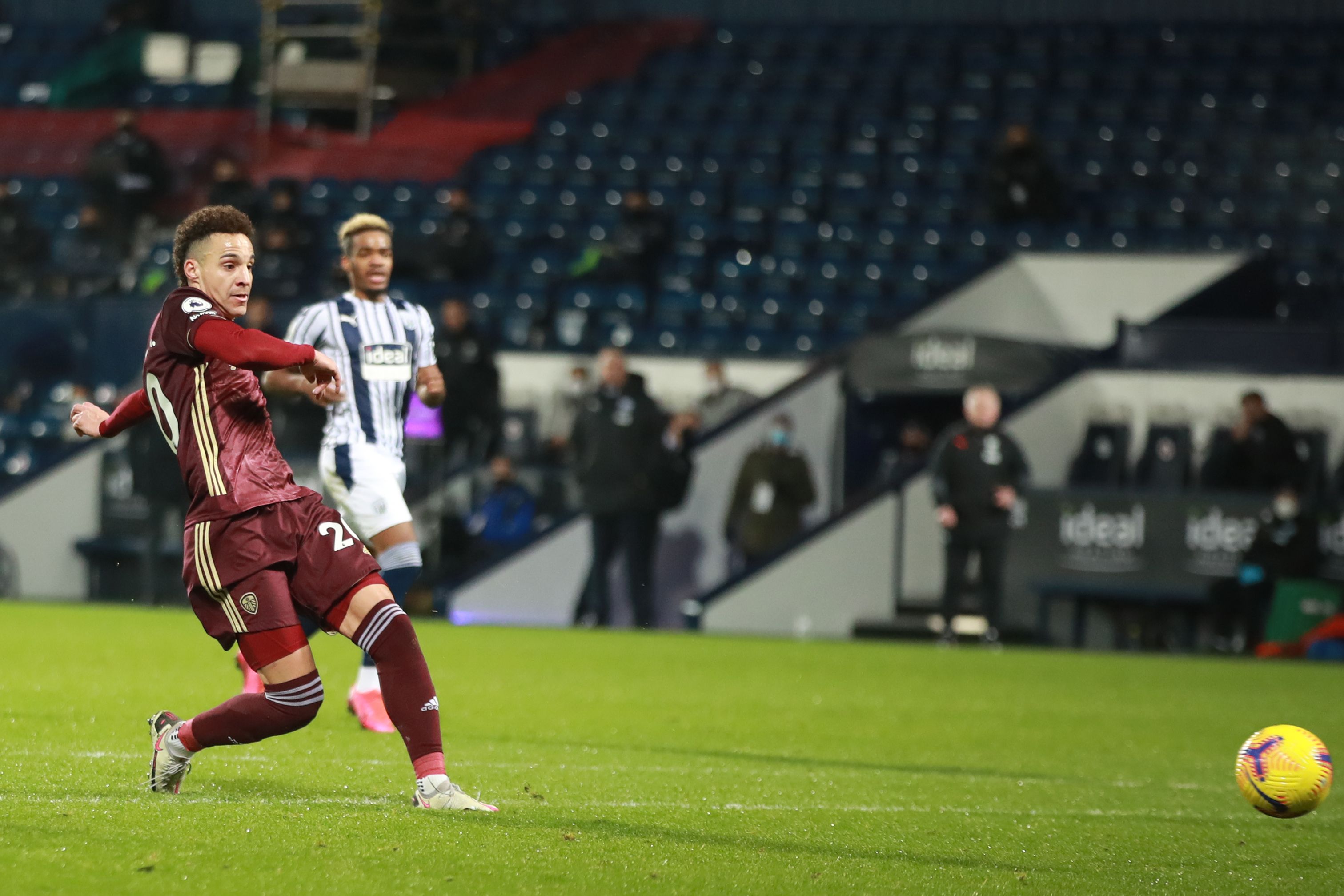 However their pleas turned to cheers when the ball fell to Ezgjan Alioski who slammed a perfect left-foot shot beyond Johnstone from 18 yards, which smacked off the far post on it’s way to the net.

Leeds were running riot as their movement and speed left Albion gasping.

Five minutes later they added a third when Jack Harrison played a neat 1-2 with Bamford then spun Furlong inside the box with a cute backheel before smashing the ball into the top corner.

Even when Alioski had to briefly leave his side with 10 men to have a bleeding nose attended to, Baggies failed to cash in as Furlong fired over.

And once they were back to their full complement of players the visitors struck again to kill the contest with a fourth before half-time.

Kalvin Phillips picked out Klich with a stunning diagonal pass and he knocked it into the path of Rodrigo who took a potshot from just outside the box.

Sam Johnstone looked odds-on to save but, true to form, the ball deflected wickedly off Dara O’Shea to leave the poor goalie stranded as the diverted ball found the net.

Big Sam sacrificed his skipper Matt Phillips for Branislav Ivanovic at the break and lined up with a tighter back five.

Albion received a rare glimmer of hope when Leeds goalie Illan Meslier played a suicidal pass to Phillips which was pounced on by Callum Robinson.

But the French keeper spared his own blushes by blocking the striker’s attempt.

And the visitors soon underlined their superiority again with a screamer of a goal to make it 5-0 as they saved the best till last.

Raphina cut inside with purpose from the left flank and left Ivanovic for dead before unleashing a venomous shot which found the top bin, to complete the rout. 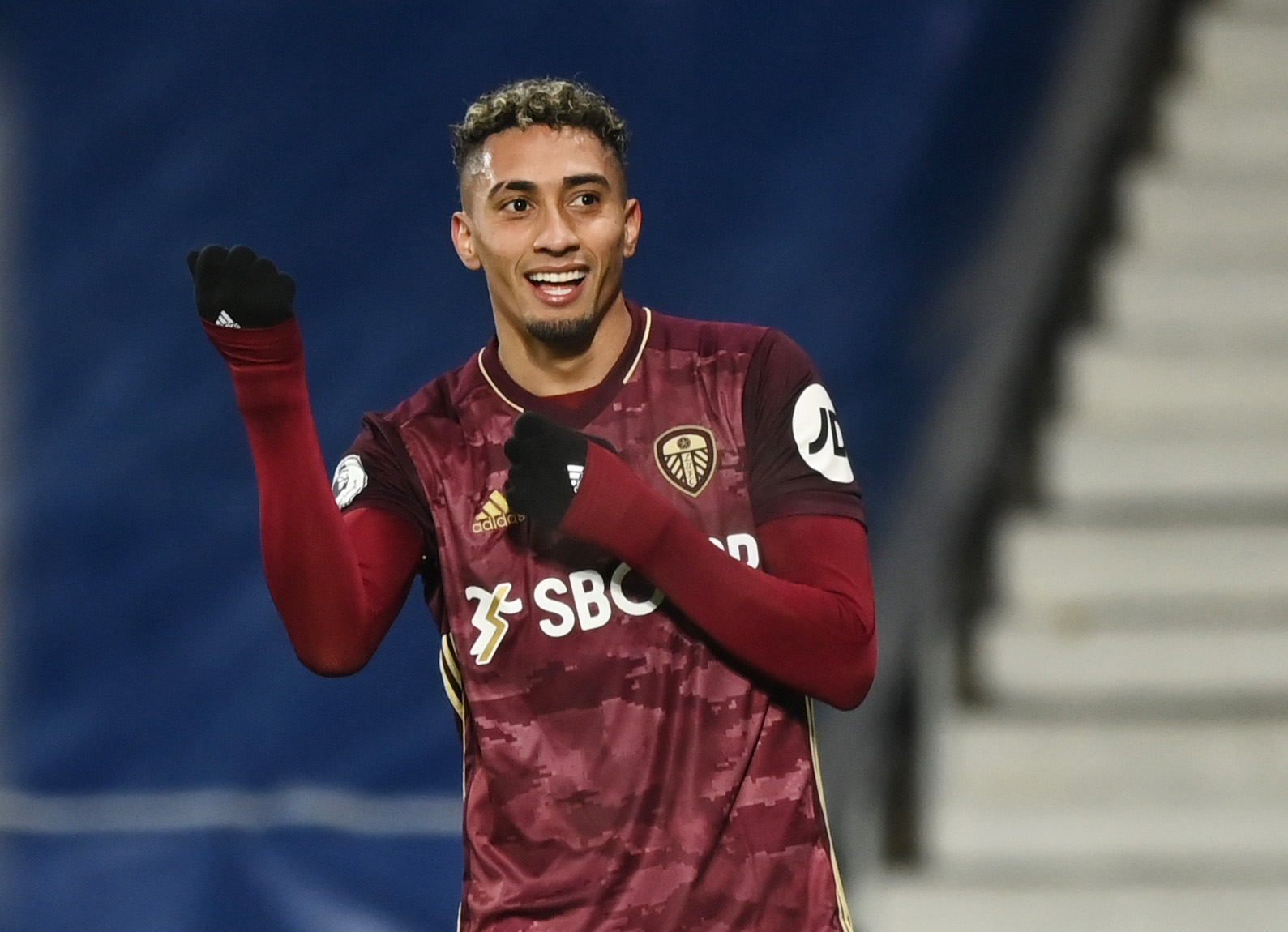