It was a match that will long live in the memory of Paris St-Germain supporters, even though they were not there to see it.

Worries over the coronavirus meant the Parc des Princes closed its gates to fans for the Champions League last-16 second leg against Borussia Dortmund, but that did not stop them from gathering outside in their droves.

The faithful were glued to their smartphones as they watched their side try to reach the quarter-finals for the first time since 2016 by overturning a 2-1 first leg deficit.

“The atmosphere was great coming here in the bus, with all the ultras singing,” said PSG coach Thomas Tuchel. “We were all singing together and it was a special atmosphere.” 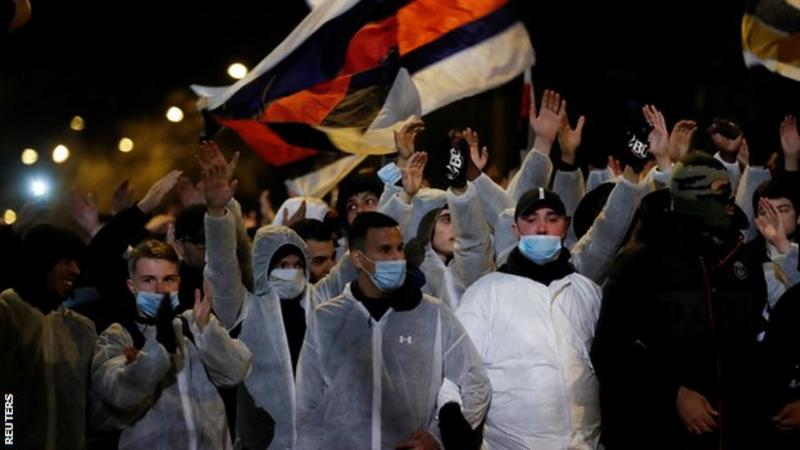 Some wore masks – forever associated with this virus which has affected so many events – some lit flares, some set off fireworks and many chanted songs to try to inspire their team playing in front of empty stands.

Dortmund defender Mats Hummels said: “It was really bizarre, but for both teams. The start of the game was really strange, like a friendly.” 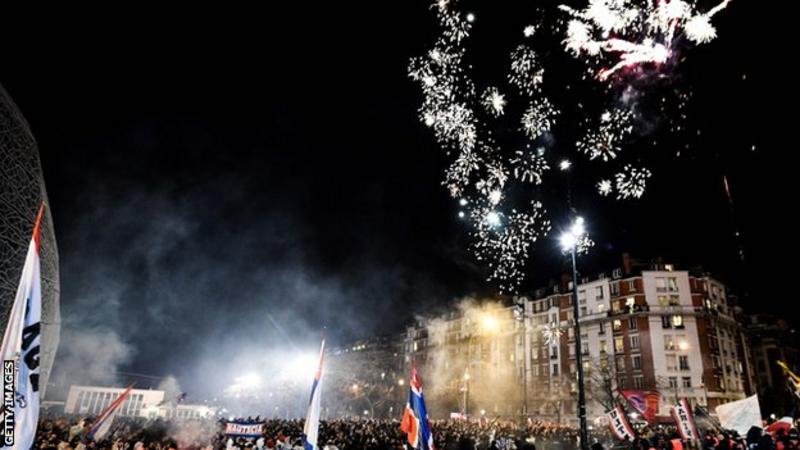 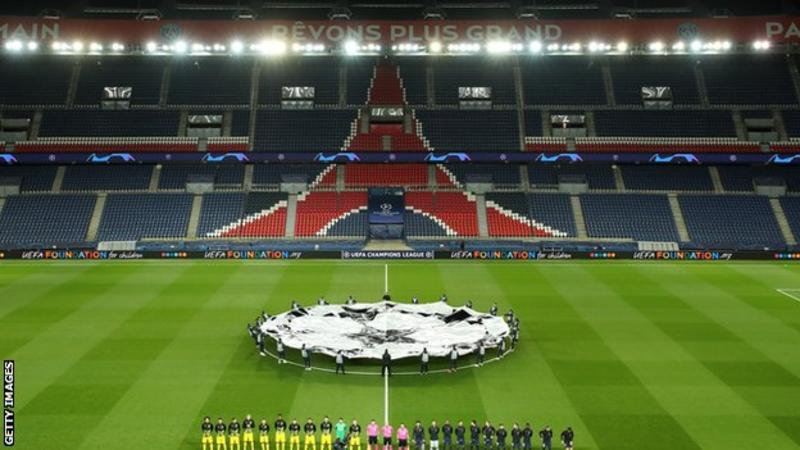 The opening goal from Neymar was greeted by a huge cheer outside the stadium and Juan Bernat added a second just before the break to give the French champions a 2-0 lead on the night and a 3-2 advantage on aggregate against their German opponents. 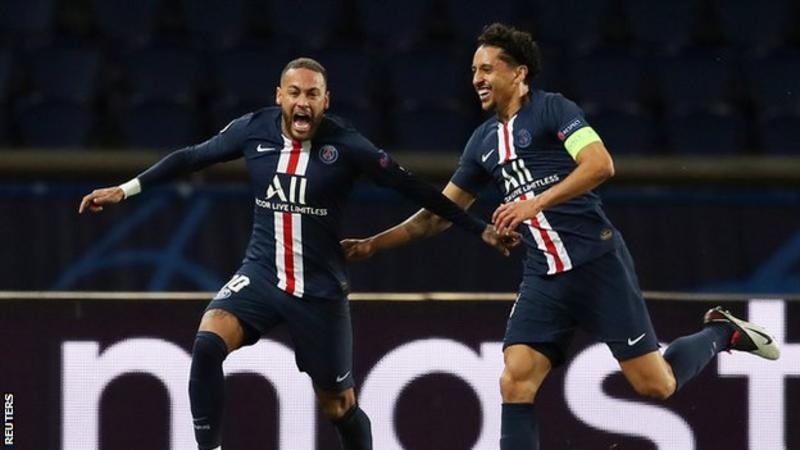 Dortmund barely troubled PSG in the second half as Thomas Tuchel’s side completed a brilliant fightback. The home players made the most of the celebrations inside the stadium and also mocked Dortmund striker Erling Braut Haaland’s yoga-pose goal celebration – the Norwegian scored both of his side’s goals in the first leg.

But not wanting to leave their fans high and dry, the PSG players walked up on to a section of the outer perimeter of the stadium to be greeted by an extraordinary scene in the French capital.

Full-back defender Layvin Kurzawa went one further by joining the fans on the ground! 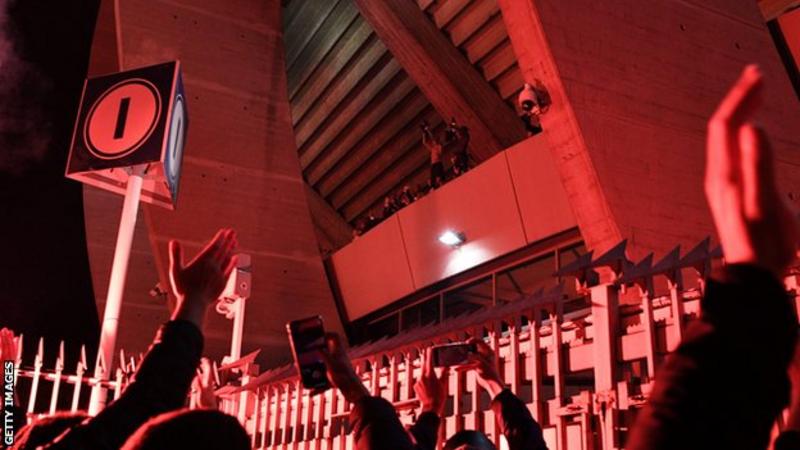 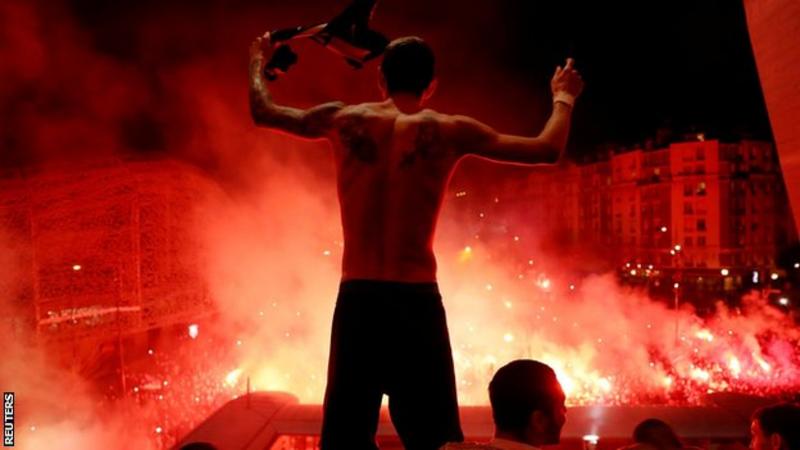 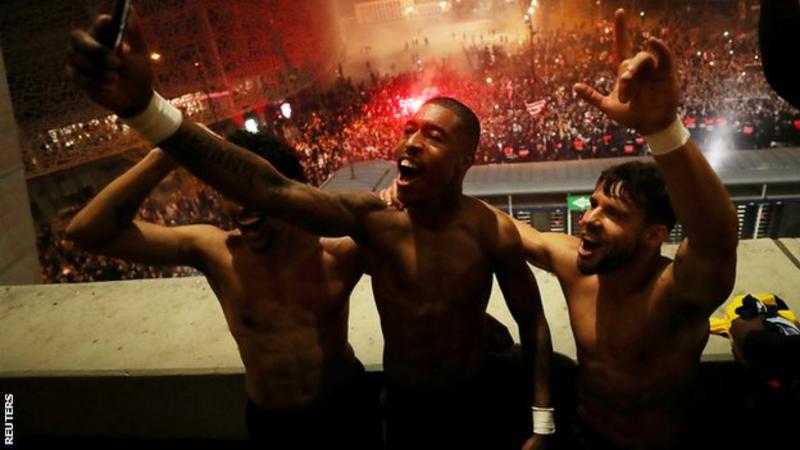