A SEAGULL came out the loser in a wing-wing situation – when a bald eagle chased, caught and ATE it on a golf course as onlookers gasped.

The grim but awe-inspiring example of nature at its rawest was captured in Vancouver, where the gull zoomed for its life between trees before being fatally gripped in mid-air. 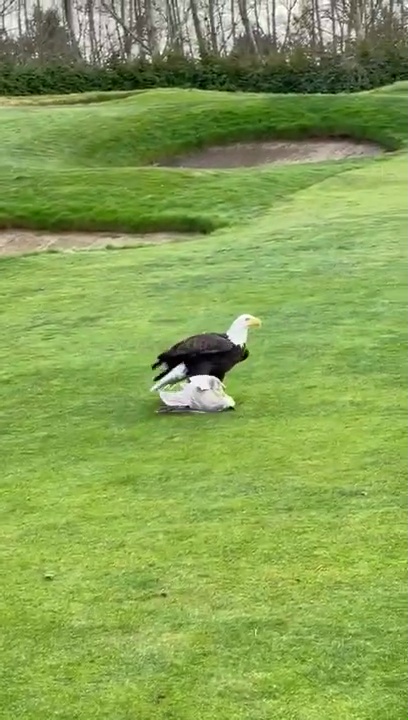 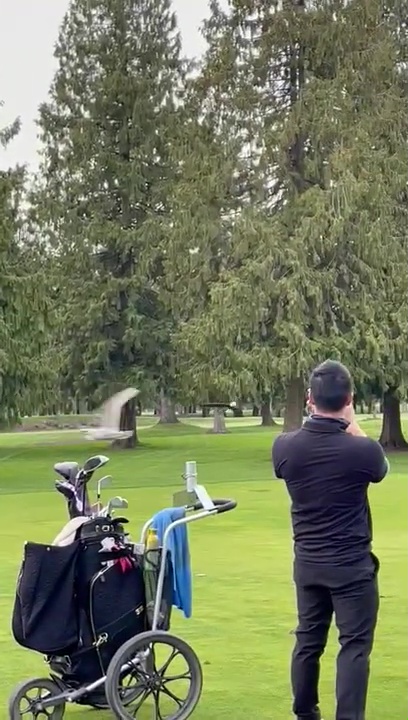 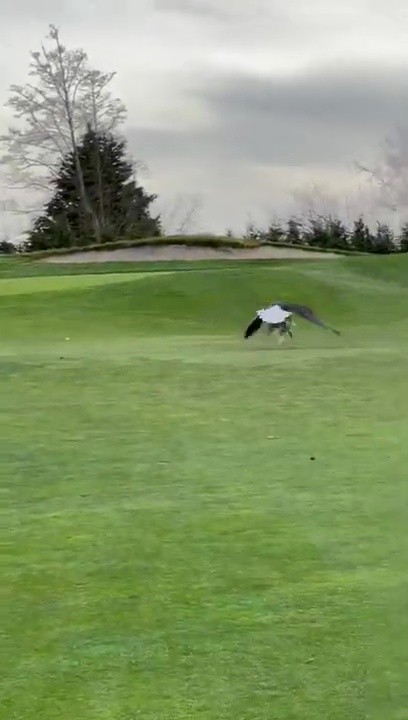 And the player captured the scene as the bulky bird feasted on the gull next to the fairway before flying off with the sizeable "afters" for later.

Observers at Point Grey Golf & Country Club voiced shocked reactions as the attack unfolded, knowing such a sight was as rare as a hole-in-one.

First, the two birds whizzed around at speed in front of a row of trees.

At one point the gull seemed set for safety, as the eagle disappeared into a particularly leafy tree.

But instead the larger, faster, stronger bird swung out again, swooped across the fairway and got its killer talons into the gull, at golf-iron height from the ground.

Onlookers exclaimed "Ooooh!" and "Oh, my God!" at the bleak moment for the gull.

SunSport has previously reported how elephants, hyenas, alligators, leopards and baboons have taken a liking to golf courses around the world, such as in South Africa and the USA.

And statistically it was unfortunate for the seabird to join this list of unexpected animal encounters as FISH comprise up to 90 per cent of bald eagles' usual diet.

But they can eat birds like duck and geese, mainly by following their migration path.

And although they generally prefer the "easier life" – including feasting off carrion – they can also eat mammals like groundhogs.

Bald eagles are, of course, best known as the emblem of the USA rather than for their forays into the world of sport.

Certainly, poor gulls must hope that in future their heavyweight rivals stick to spectating.