RANDY Wimbledon tennis fans have been advised against playing dirty — by worried locals.

Residents have put up a poster warning visitors over the next fortnight: “No sex and drugs parties in the woods.” 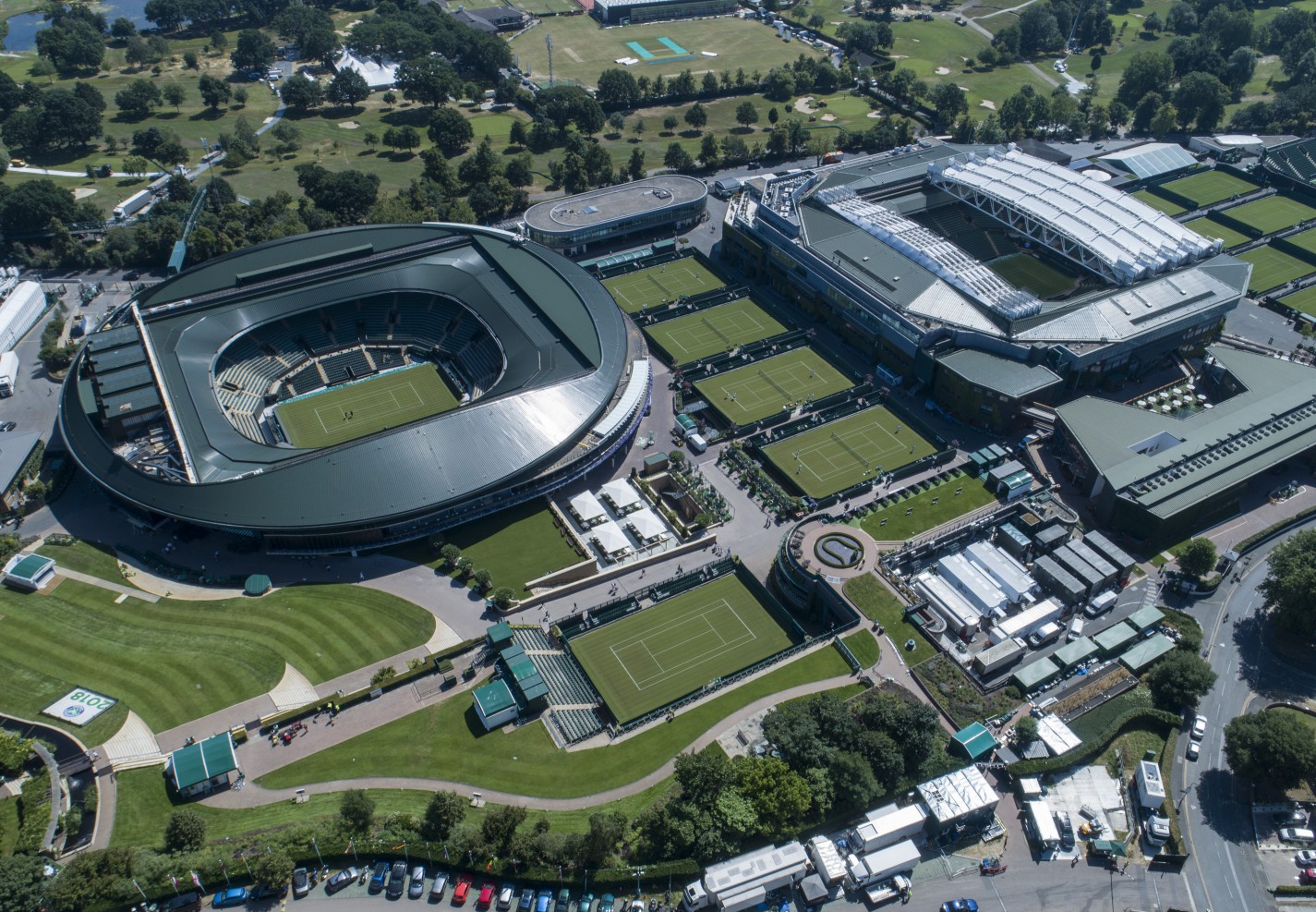 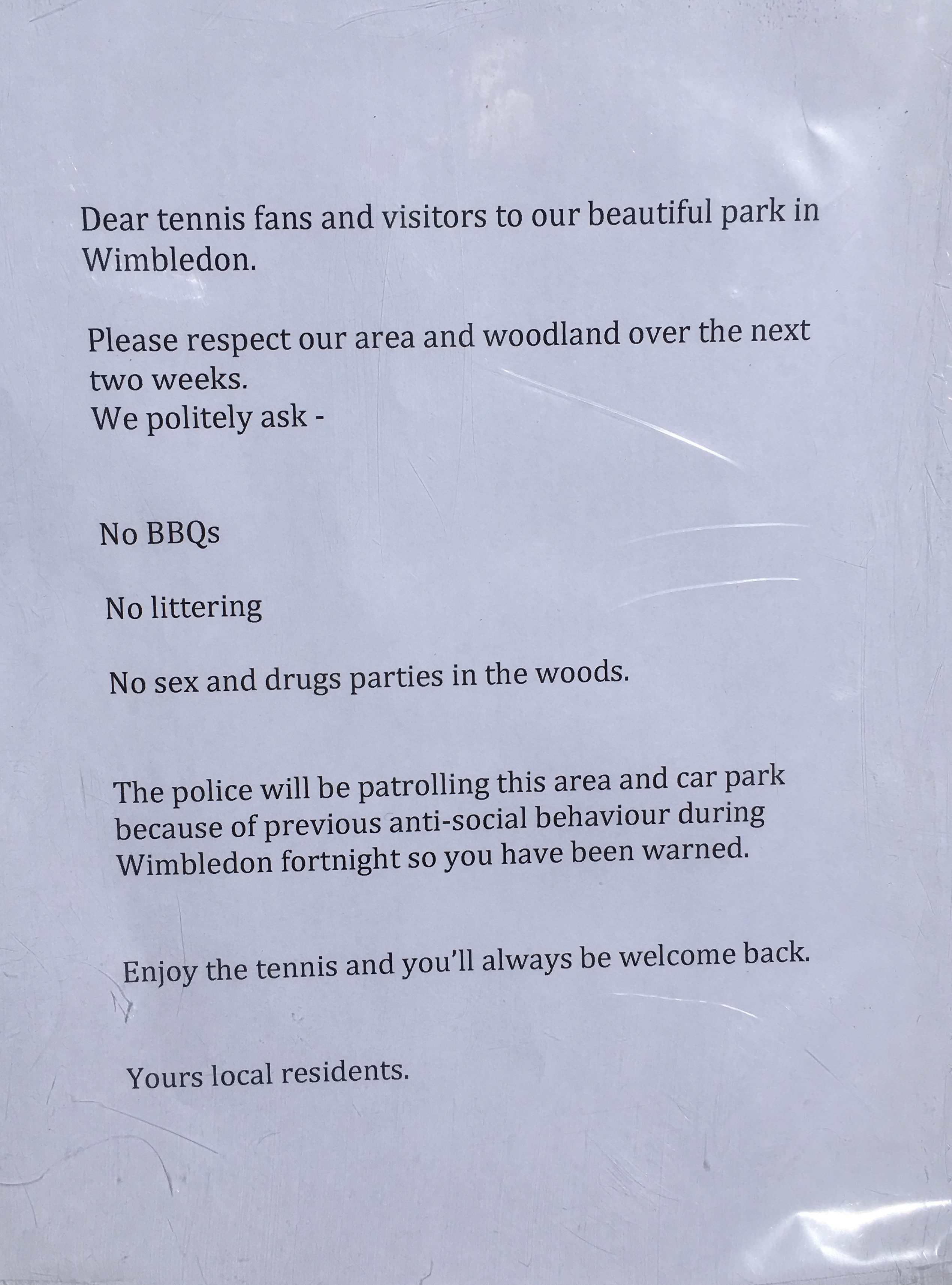 It was pinned to a fence in Wimbledon Park, where many fans camp overnight before joining the scramble for tickets.

It adds: “The police will be patrolling this area and car park because of previous anti-social behaviour during Wimbledon fortnight so you have been warned.”

A source, who lives near the park in South West London, said: “People gather in the park and a lot camp there.

“It becomes a focal point where people booze and take drugs and then go into the woods and get up to all sorts.

"The residents here can be a bit snooty and don’t want it happening on their doorstep.”

We told in 2016 how doggers met in a car park yards from the All England Lawn Tennis Club.

It's game, tech and match

ARTIFICIAL intelligence will monitor fan behaviour at Wimbledon — to help select the highlights.

Data on movement and cheering will be fed back to an IBM computer.

The information will help identify the most exciting parts of matches to quickly assemble video footage to be distributed on digital platforms.

Free public wifi will also monitor fans’ movements and purchases around the All England Club site.

And vegan soya cream is on offer with strawberries for the first time.