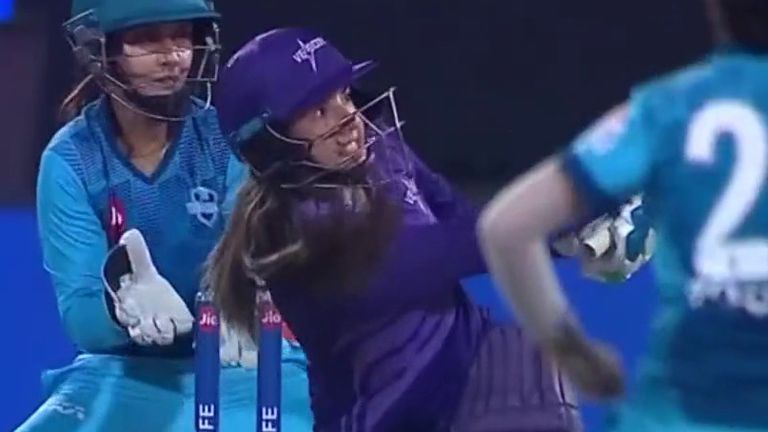 Velocity inflicted a five-wicket defeat on defending champions Supernovas with just one ball left in the opening match of the Jio Women’s T20 Challenge, in Sharjah. 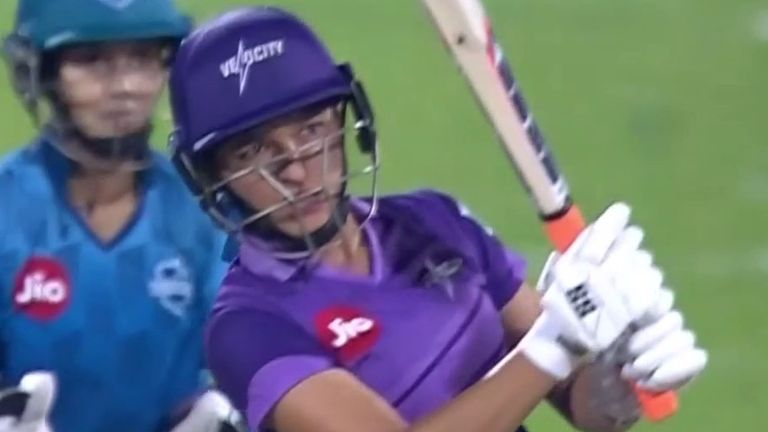 Supernovas had earlier fired fitfully after being put into bat, collapsing to 126-8 after Chamari Atapattu (44 off 39) and skipper Harmanpreet Kaur (31 off 27) had combined to help their franchise to 111-3.

Both showed their experience, striking a brace of sixes apiece in a precious third-wicket stand of 47.

Atapattu almost fell in spectacular fashion on 34 when Danni Wyatt attempted a spectacular diving catch on the boundary rope, but the Sri Lankan’s reprieve was short-lived as she departed failing to clear long on off Jahanara Alam (2-27).

Harmanpreet pressed on and brought up the 100 with a six over midwicket off Manali Dakshini in the 15th over only to fall in rather tame fashion, top-edging Alam to fine leg.

From there, Velocity’s attack wrestled back control impressively – so much so that they grabbed five wickets for 15 runs to all but stall the momentum.

New Zealander Leigh Kasperek finished with 2-23 – figures that might have been better had she held onto a dolly off her own bowling – while fellow spinner Ekta Bisht bagged 3-22, including two wickets off the final two deliveries of the innings.

Velocity’s chase came under early pressure as Wyatt, opening the face, deflected Khaka behind to fall for a duck and Shafali (17 off 11) picked out deep midwicket after striking three successive fours off the same bowler.

The board read a sorry 38-3 off 8.5 overs when skipper Mithali Raj holed out, her frustration getting the better of her in a laboured knock of seven off 19 balls. 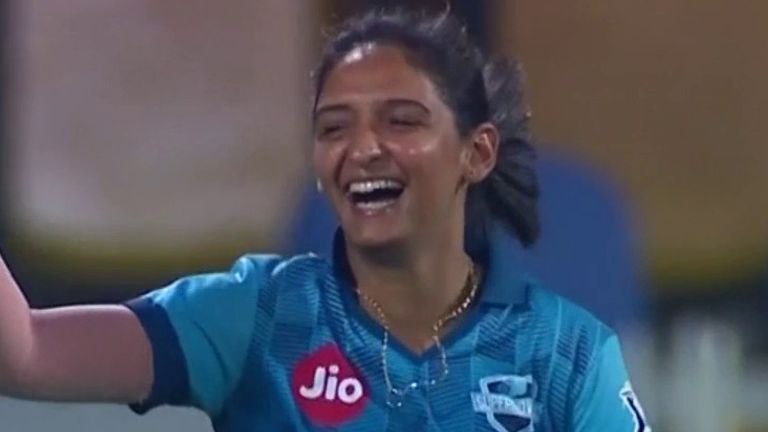 Despite a combative 29 off 28 from Veda Krishnamurthy and with 50 runs needed off the final 30 balls, the odds were firmly stacked in Supernovas’ favour.

Verma’s response was to strike the next ball from Poonam Yadav for six over long on, signalling the charge, and Luus followed up with a maximum of her own.

Verma had a let-off on 31 when wicketkeeper Bhatia missed a stumping chance off Khaka and continued to whittle down the target until Harmanpreet held her nerve on the long-on rope.

That left Velocity needing nine off six balls, then two off two before Luus nicked Shashikala Siriwardene for four past the ‘keeper to seal the match in the nick of time.

Our live coverage of the Jio Women’s T20 Challenge continues at 9.50am on Sky Sports Cricket when Velocity return to face Trailblazers.