How does women’s football capitalise on a landmark World Cup that hit new heights of exposure and profile, and shifted perceptions like never before?

That will be the principal question facing the new board of the FA Women’s Super League (WSL) when it holds its inaugural meeting at Wembley later this month.

Last week, I revealed a potential Premier League takeover of professional women’s football had moved a step closer with the approval of a feasibility study into the idea.

Football Association insiders believe such a move is three years away, and there are concerns the Premier League may ultimately decide it does not want to take on responsibility or want to inject the investment they believe it requires.

But, whatever the outcome of the feasibility study, the clubs are about to take on a lot more power when it comes to the direction of the league.

For the first time, Premier League clubs will have a direct say in the running, development and commercial strategy of the domestic game, at arguably the most critical moment in its history.

The status and seniority of those appointed on to this new board certainly suggest the clubs are taking the challenge seriously. Their identities are yet to be officially revealed, but I have learned Chelsea FC chairman Bruce Buck, Spurs’ head of football operations Rebecca Caplehorn, Arsenal legal director Svenja Geissmar and Manchester City chief operating officer Omar Berrada are all set to be named.

As well as people from the most senior levels of the FA there will also be three highly experienced independent directors; I am told Liz Nicholl, the outgoing chief executive of funding agency UK Sport, could be among them, along with Dawn Airey, a highly respected media executive, who is set to be named as chair. 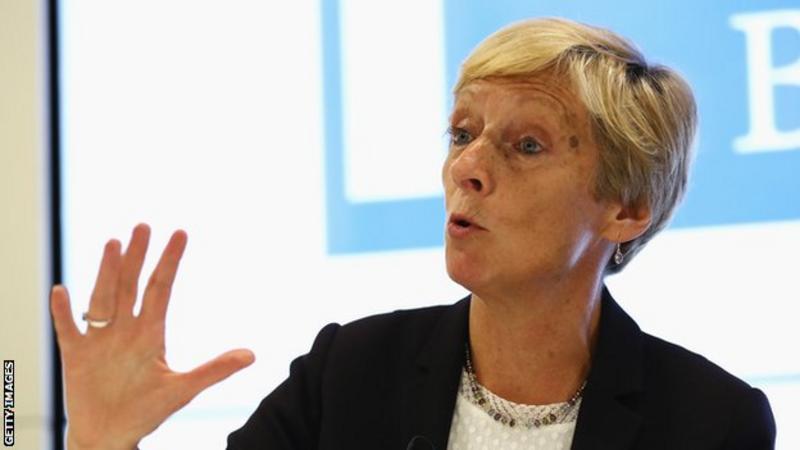 After the record audiences generated by the World Cup – and with the opportunities presented by the Tokyo Olympics next year and England’s hosting of Euro 2021 – this heavyweight board will face some key issues, not least trying to make the WSL profitable. There is also the negotiation of a new TV deal, ideally one with free-to-air exposure, and which actually makes some money. Currently, TV rights are effectively given away for free to BT and the BBC, who are simply required to cover the costs of production.

Building on the momentum of France 2019 by selling more tickets for matches at bigger, better grounds will be another key challenge, with WSL attendances continuing to stubbornly hover around just a thousand on average.

As my colleague Alistair Magowan has highlighted, there are already signs of innovation – some matches next season will be “double-headers” with men’s games, and some will be staged at grounds that usually host men’s teams. The arrival of Manchester United and Spurs into the WSL is another boost.

Clubs will be encouraged to seriously step up investment into their women’s teams, along with improving their marketing and promotion. Thought will also be given to some of the issues the Premier League has faced; for example, how to guard against an influx of overseas signings limiting the opportunities of young homegrown talent, and growing the club sides while preserving the status of the national team.

While important progress has been made in recent years with the professionalisation of the WSL, record FA investment into its national teams, and more media coverage at the top of the sport, the FA also knows it still has its work cut out at the grassroots, where it hopes England’s campaign in France inspires more girls and women to take up the sport.

There is cause for optimism, beyond the fact 11 million watched England’s semi-final defeat by the US. According to Deloitte, the number of women regularly playing football in England is predicted to surpass 200,000 for the first time this year, an increase of 7%, and reach 227,000 by 2023.

Sport England says 187,000 women aged 16 and over currently play the sport at least twice a month. However, that is dwarfed by the 9.5 million girls and women playing football in the US, where the legacy of the 1972 Education Amendments Act – which enshrined gender equality into the federal education system and college sport – lives on.

According to Fifa, at youth level (under-18s), the US has 1.5 million registered female players, England has just 76,000.

There are 10 times as many licensed female coaches in the US than in England, and 30 times more female referees. And when it comes to the number of registered female players of any age, England also lags behind France, the Netherlands, Sweden, Germany and Canada.

Some 98% of boys in England have tried football by the age of 11, but for girls that figure is just 12%. The FA is trying to address this gender gap via a network of 1,200 ‘Wildcat centres’ across the country designed to offer girls aged 5-11 a chance to try the sport for the first time.

But much of this challenge goes beyond the FA and extends to the way sport is provided in schools and the funding of facilities by local authorities at a time of stretched budgets. Recent research by the Sport & Recreation Alliance found 82.5% of UK children do not meet the guidance provided by the chief medical officer to be active for at least one hour per day.

This weekend the Ofsted chief inspector told the Observer that the government must do more to increase school PE. Research by the Youth Sport Trust has found that 38% of English secondary schools had cut PE for 14- to 16-year-olds since 2012.

According to the FA’s head of women’s football Baroness Campbell, the dominance of the US team in France “comes from the fact they have great sport in schools. Fantastic opportunities from early on to do sport every day. Our kids aren’t getting that. And until we understand this doesn’t just happen from top, it’s about the whole system, then we’ll always come second best.

“Our job now at the FA is to make sure all that inspiration turns into participation which is lots harder than it sounds.

“We need real opportunities to participate in schools and clubs. We’ve got a massive job to do.”

When it comes to strengthening the game commercially, the WSL’s recent £10m sponsorship deal with Barclays has been an encouraging development.

Some believe it could just be the start.

“Now the time has come for rights holders and brands to shape the future of women’s football by building the competition structure, governance, media rights and sponsorship strategy to allow the sport to flourish at both amateur and professional levels.”

Only 60% of top-flight women’s football clubs globally have shirt sponsors that are different to the men’s equivalent. That, Wray believes, will rise dramatically by the next World Cup.

“To maximise this opportunity, there needs to be a clear vision of how the game should develop,” she says.

The World Cup has felt like a watershed, not only by creating a host of new household names, but in raising awareness of the financial inequality the women’s game still has to struggle with.

Fifa president Gianni Infantino says he wants to introduce two new women’s competitions: a Club World Cup and league for nations between World Cups. And invest £800m into the women’s game over the next four years.

But if the crowd’s chants of “equal pay, equal pay” and the booing of Infantino after the final were anything to go by, more and more people are now asking why he is only proposing to double prize money for the next Women’s World Cup to $60m when the men’s teams will share $440m at Qatar 2022.

And why, at a time when the governing body’s cash reserves stand at $2.7bn, the gender gap between this funding is actually getting wider, rather than narrower. Indeed, global players’ union FifPro says this “appears to contravene Fifa’s statutory commitment to gender equality”.

And why the all-conquering US women’s team is paid less than its male counterparts despite being way more successful and generating more revenue.

And why Fifa scheduled the women’s World Cup final on the same day as the Copa America and Concacaf Gold Cup finished.

And why there were swathes of empty seats at various stadia throughout France 2019.

And why most women’s leagues around the world (even the NSWL in the US) are not meeting professional standards or required levels of investment.

France 2019 has presented the sport with a huge opportunity. But this alone is no guarantee to growing the game long-term. There is a huge amount of work to do.