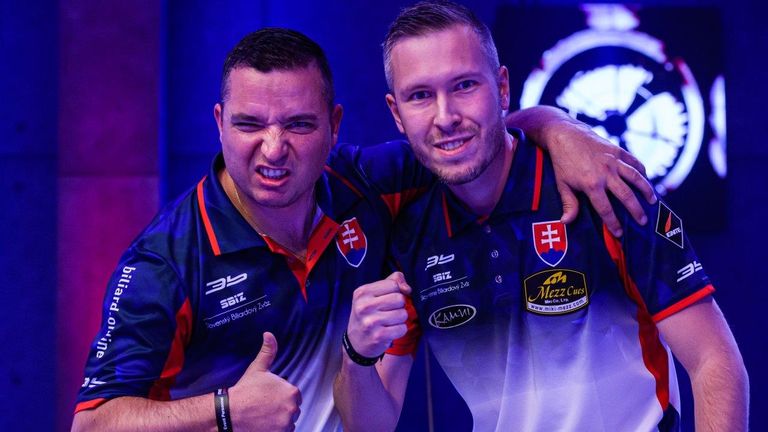 Debutants Slovakia stunned defending champions Austria with a brilliant 7-1 victory on the opening day at the World Cup of Pool in Milton Keynes.

Albin Ouschan and Mario He have reached the last three World Cup finals, lifting the trophy in 2017 and 2019. However, Jakub Koniar and Jaroslav Polach barely gave their opponents a chance as Slovakia caused a major shock to knock them out.

There were also wins for Japan, Russia, Greece and Estonia at Stadium MK on Sunday.

Naoyuki Oi is back giving us the best interviews 😅

“It is amazing,” said Koniar. “We had a little bit of luck in the beginning but with the 1-ball on the spot and winner breaks, you can even beat the best team in the world.

“We knew we could win. I have beaten Albin a few times, Jaro has won against both players in the Austrian Bundesliga, so we knew if we played our best game we could win.

“We practised the break all last weekend together,” added Polach. “We played a hard break, the cue ball control was good, and we had a little bit of luck, but from 2-1 to 6-1 they weren’t at the table. In this game you can beat anybody in the world.”

Slovakia will face Czech Republic in the second round after a 7-4 success over Hungary. 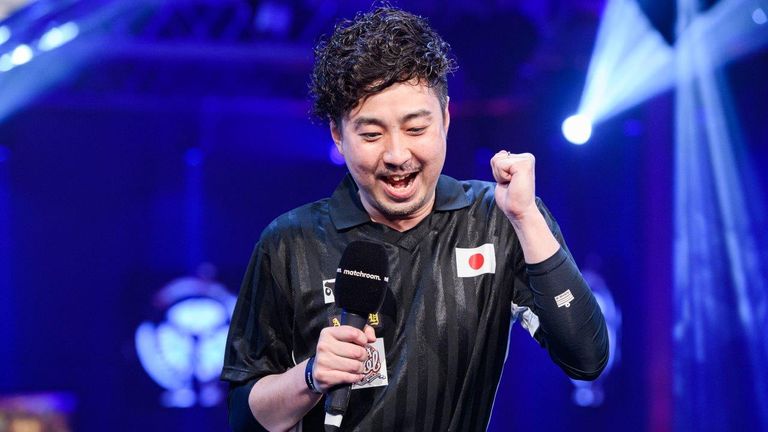 “It was a very fast match today, the table was playing very quick with the new ball and the new cloth. It was difficult but my teammate was confident,” said Oi before treating those watching to a victory dance.

Through to the second round of World Cup of Pool by @MatchroomPool! We beat team Switzerland 7-4 and will be playing against Japan on Wednesday afternoon! pic.twitter.com/lxyOHXiGNT

The Greek pair of Alexander Kazakis and Nick Malai, a pairing who reached the semi-finals last time out, proved too good for Serbia, winning 7-2.

Estonia (Denis Grabe and Mark Magi) became the sixth team to advance on the first day of play, but only after surviving a scare against Belgium (Serge Das and Kavin Lannoye) to win 7-5.

For those on the move, we will have the Snooker & Pool season covered via our website skysports.com/more-sports, our app for mobile devices, or our Twitter account @skysportspool for latest news and reports.