WWE champion Drew McIntyre has joked that he's so desperate for a showdown with The Undertaker he'd fight him in a Wetherspoons.

The Scottish Psychopath has called on the Deadman to reverse his wrestling retirement for one final match. 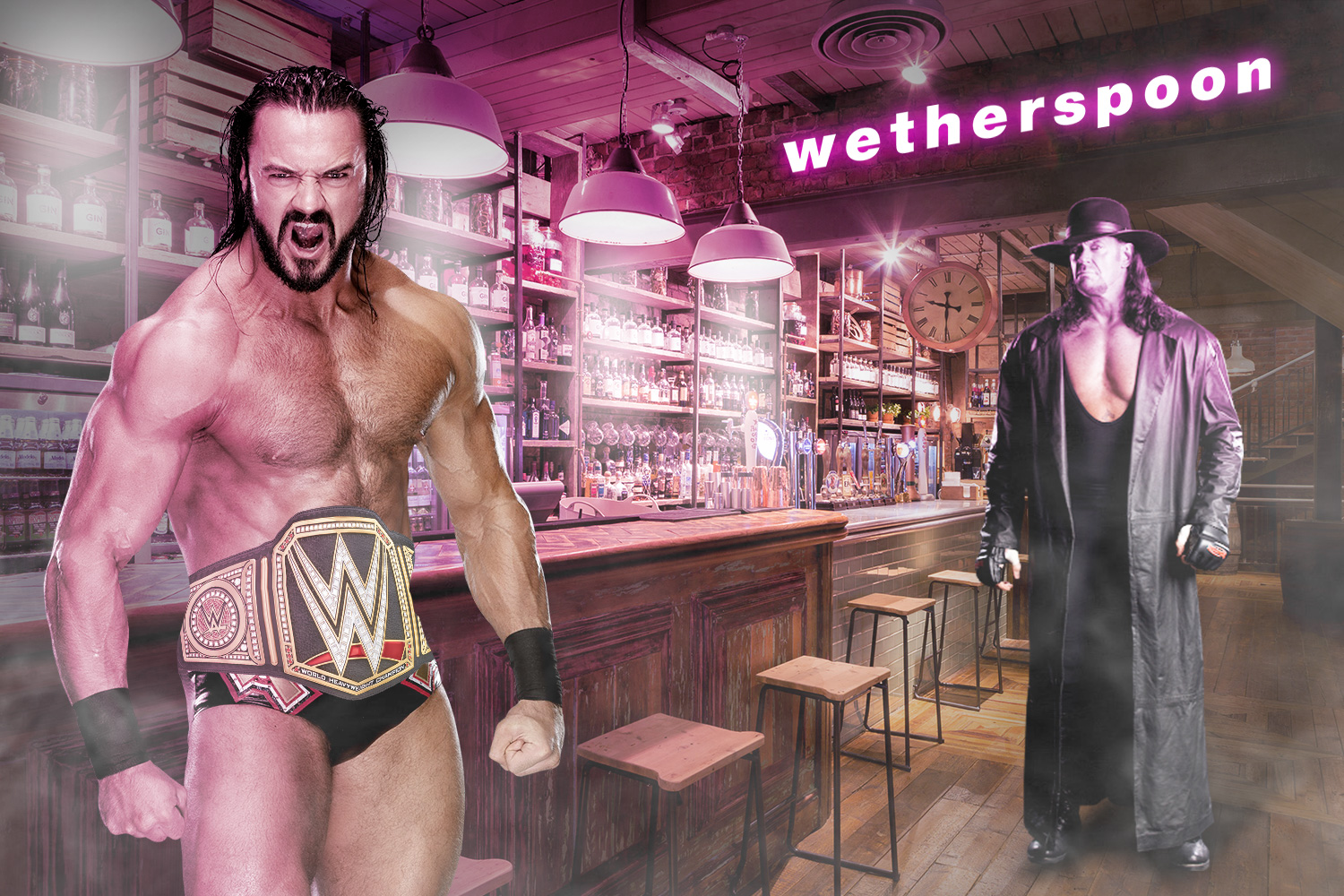 The pair faced off last year in a tag team bout featuring Shane McMahon and Roman Reigns, but a big singles clash is yet to happen.

But such a match now seems unlikely after Taker hung up his boots following his Boneyard match against AJ Styles at WrestleMania 36.

Yet he confessed that he would consider a return "in case of emergency" and if boss Vince McMahon was "in a pinch".

And the 55-year-old also admitted that “something juicy” would bring him back to WrestleMania.

While promoting WWE 2k Battleground, McIntyre relished the possibility of taking on a virtual Taker before admitting he'd love to make the match a reality.

In an exclusive interview with SunSport: "He is the ultimate good soldier, he's the best.

"I was around him for years, he was my mentor, he is the man as far as I'm concerned.

"But we never had that big singles match. He defeated me when I was 24 but I had the big tag match with myself and Shane McMahon vs Undertaker and Roman Reigns.

If it has to be in the Boneyard, I don't care where it is, could be in his back garden for all I care. I want that match! A bar brawl at Wetherspoons

"It went really well, our part, in particular, I enjoyed a lot especially we went face to face because if you compare me at 24 face to face, compared to that tag match face to face, it was like watching a child become a man and was 'alright this is a match that could be really special'.

"So if I have to prod Mr. McMahon to make the call and get Taker in for that last match…if it has to be in the Boneyard, I don't care where it is, could be in his back garden for all I care. I want that match!"

Or a bar brawl at Wetherspoons?

"A bar brawl at Wetherspoons right! Everyone can start Battlegrounds and have a special arena and do it there first but I want it in real life no matter where it is." 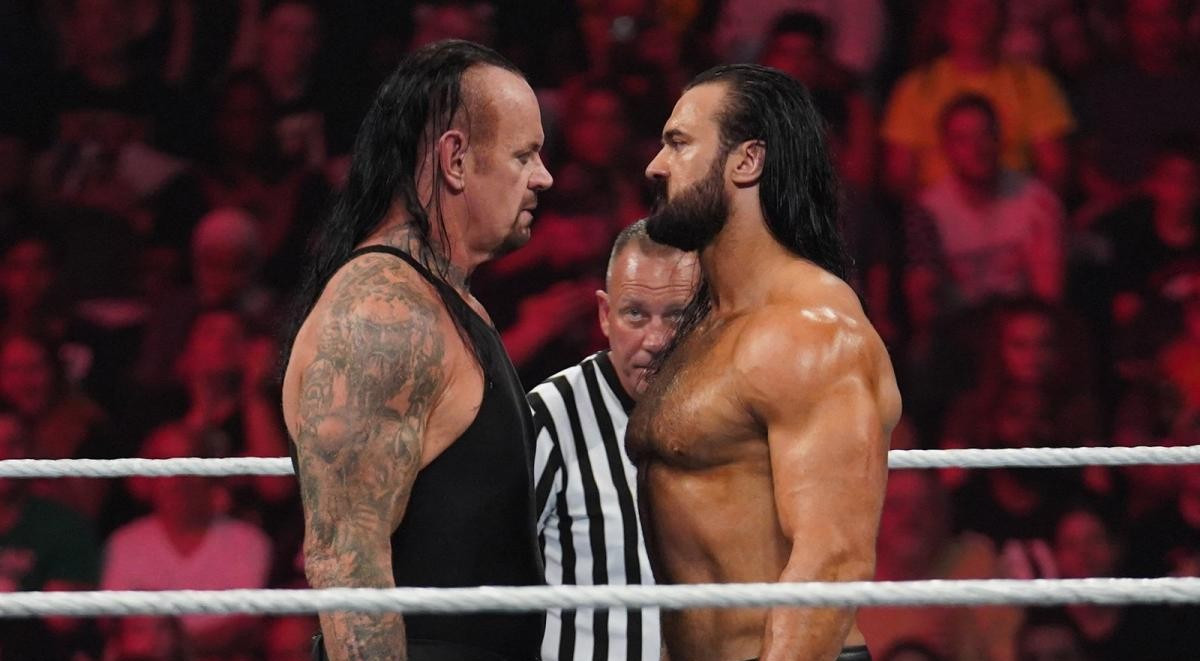 McIntyre had hoped to return to Scotland to visit a Wetherspoons after becoming the first Brit to win the Royal Rumble.

Sadly due to coronavirus he has been forced to stay in America but told SunSport in April his plans for a huge celebration when he's allowed.

The 35-year-old has now expanded on that and McIntyre revealed he's also got to settle a few scores with Tyson Fury and Chris Sutton.

He added: Aside from the fact that I hope to keep the title for a very long time just because it's my life's dream, I've worked extremely hard for it.

We stop at a bunch of Weatherspoons on the way I'll be putting those pictures up on the way, I'll be stopping at Tyson Fury's door.

"I also have to keep it until I can get back to the UK and have my title tour.

"I'm going to start at the top of Scotland all the way to the bottom of England – open tour bus.

"We stop at a bunch of Weatherspoons on the way I'll be putting those pictures up on the way, I'll be stopping at Tyson Fury's door.

"I'll pick up Chris Sutton headbutt him on the way, just anybody that I've had a feud with over the past six months, I'm sure I'll start some more before I even get back.

"I'll be doing the big media tour because it is not lost than me that I am champion, that is my life's dream I'm the first-ever Brit to do it and it is absolutely mental.

"I want to show everybody 'Hey if you work hard enough and believe hard enough, you can do anything'."

In WWE 2K Battlegrounds, the world of WWE is your battleground with all-new, over the top, in-your-face arcade action, perfect for brawling against your family and friends. WWE 2K Battlegrounds is out now on PlayStation® 4, Xbox One, PC via Steam, Nintendo Switch and Stadia.