TRISH STRATUS has dropped a huge hint she could have one more match in WWE.

The 44-year-old came out of retirement to battle Charlotte Flair just over a year ago at SummerSlam. 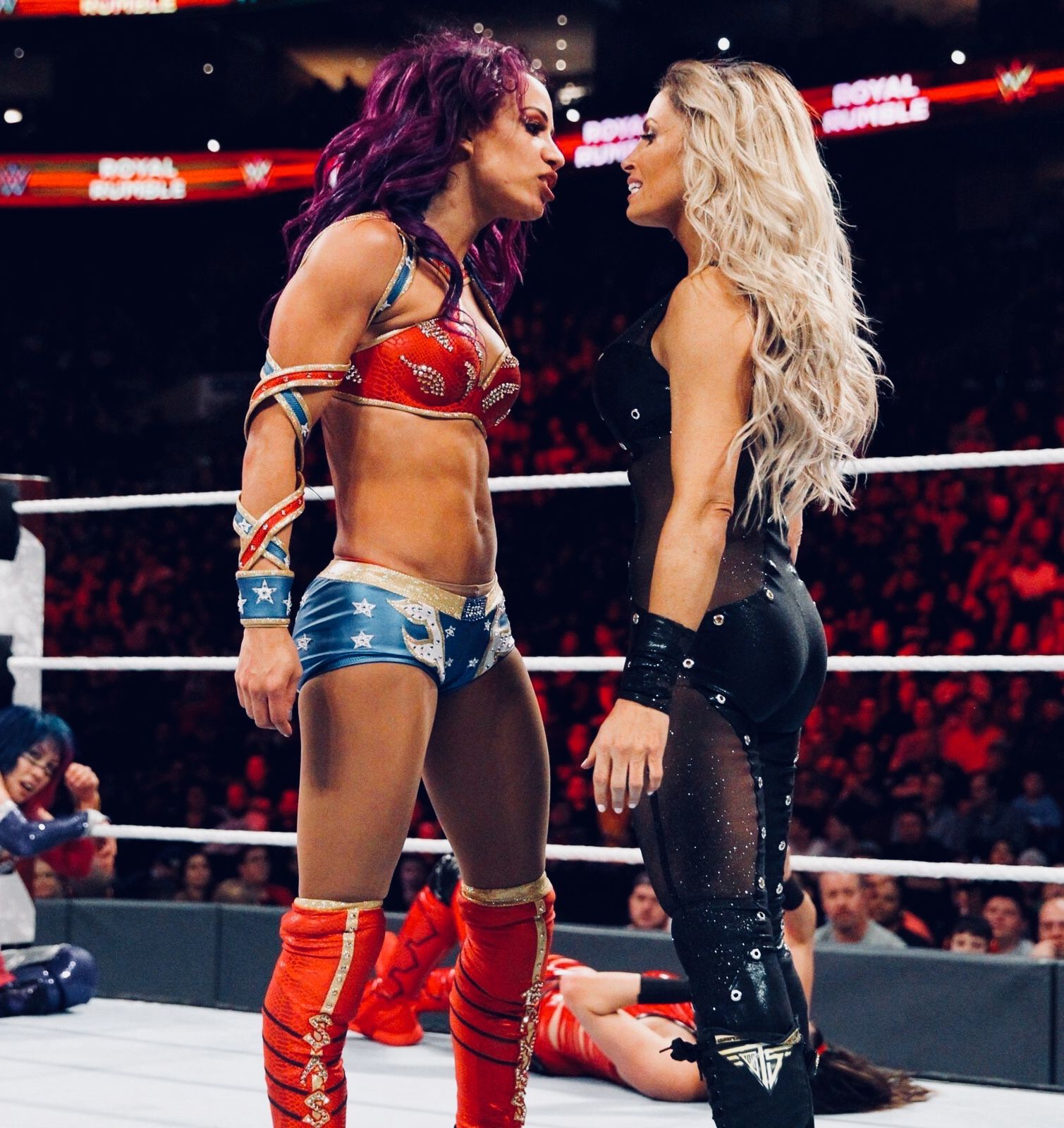 She lost that match to The Queen, and seemingly waved goodbye to the WWE Universe.

However, the Hall of Famer recently heard current SmackDown superstar Sasha Banks state that she would love to wrestle Stratus.

Those comments quickly caught the imagination of fans as social media exploded.

The seven-time women’s champion saw that, and now she appears open to the idea of climbing back into the squared-circle.

That is despite previously stating she had retired from the pro wrestling business.

Stratus has got fans dreaming of the potential showdown with Banks following her appearance on WWE’s The Bump.

She said: “I love and respect Sasha so much, I love her in-ring work.

Stratus continued: “Look, here’s the thing, people are buzzing about Sasha and I, we’ve basically had a five minute interaction at Royal Rumble.

“That was what began the buzz, that’s been two years straight of people just buzzing about it and dreaming and hoping.

“As a wrestling fan do I think this is intriguing? Absolutely.

“I think it’s a pretty awesome idea, to be honest. That’s all I’ve got to say about that guys.”