YVES BISSOUMA received a late red card for a brutal back heel kick to the face of Jamal Lewis in Brighton's 3-0 win over Newcastle.

The Malian midfielder was initially shown a yellow for catching the 22-year-old before he was given his marching orders following a VAR review. 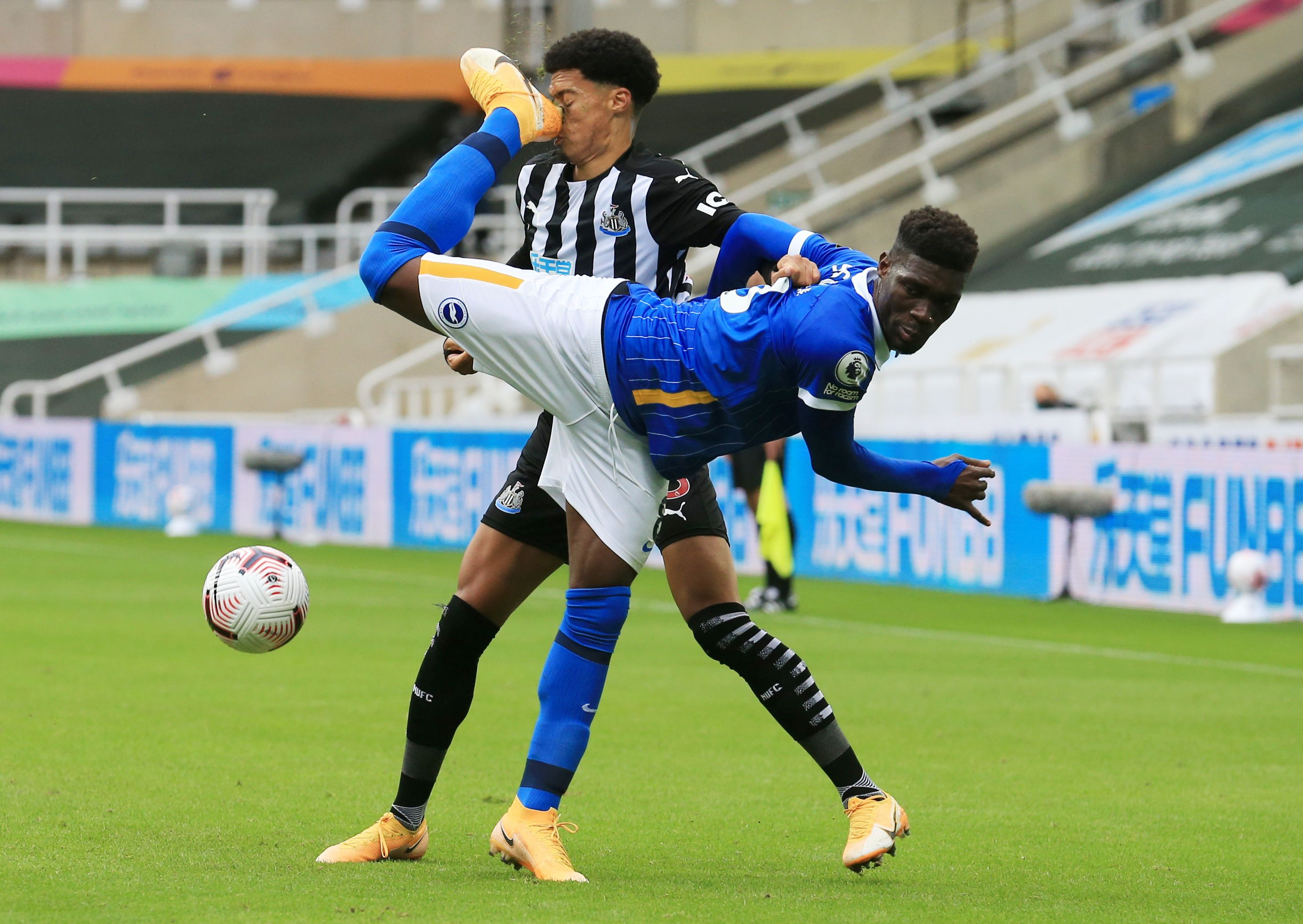 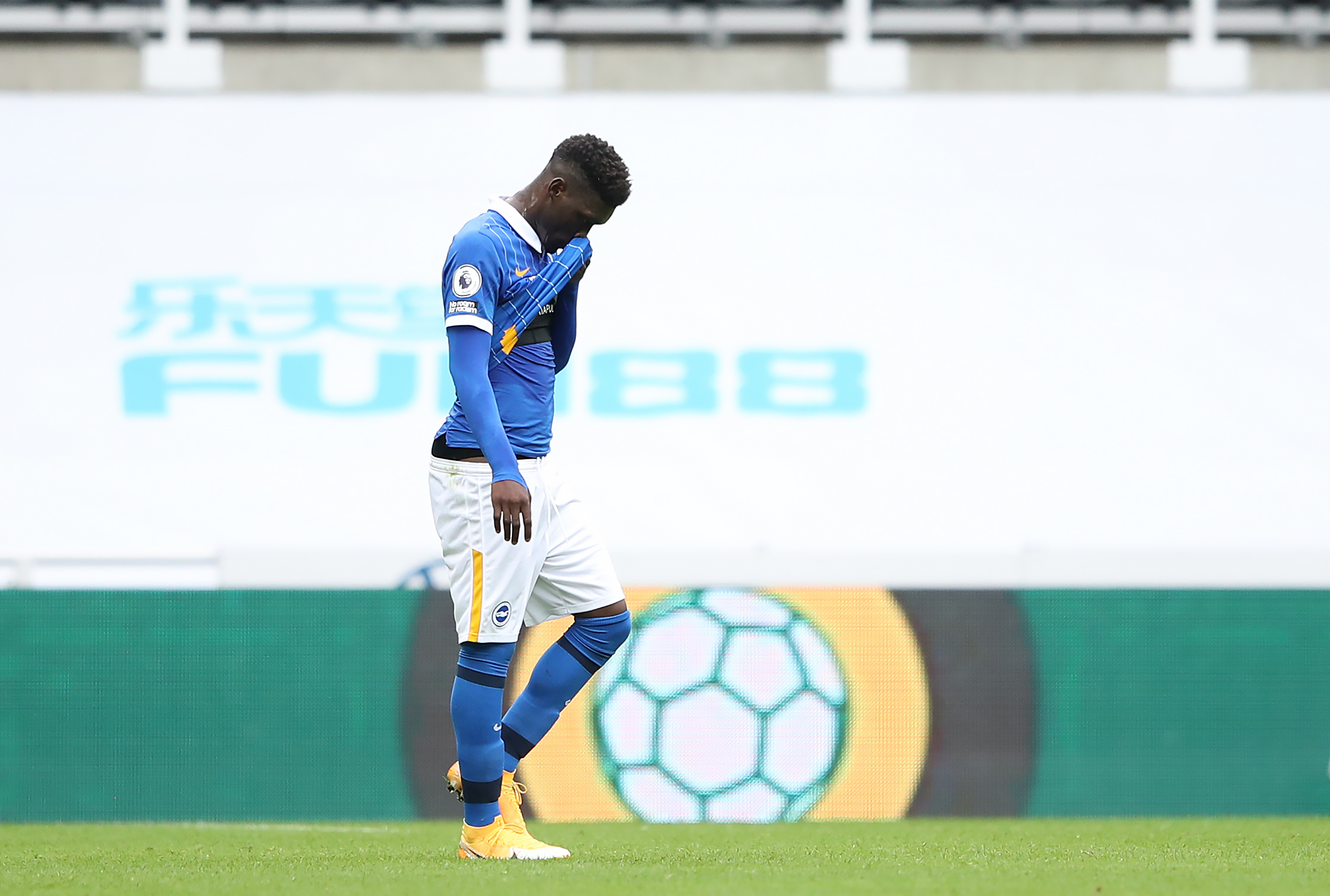 And many fans on social media made a comparison between Bissouma's wild swing and WWE legend Shawn Michaels.

Another joked: "Decent sell job…he's put him over strong there."

A third added: "All that's missing is the JR voiceover BAAAAHHH GAAAAHWWWD."

Bissouma, 24, was given a yellow for the scorpion kick by Kevin Friend before the decision was upgraded to a red after the referee consulted the pitchside monitor.

The Seagulls star seemed to accept his fate as both sides were forced to finish the match with ten men as Lewis couldn't continue following treatment and the Magpies had used all three subs.

Yet Bissouma's wild swing and dismissal was too late to spark any comeback for the home side, who fell to a first league defeat of the season.

Neal Maupay’s double inside seven minutes and Aaron Connolly’s late strike downed Newcastle – but it was Tariq Lamptey who stole the show.

Lamptey, 19, won a penalty after just three minutes when Allan Saint-Maximin hacked at it him from behind.

Maupay converted and then moments later the ex-Chelsea starlet played in Leandro Trossard down the right, who squared it for Maupay to finish.

And with seven minutes to go Connolly wrapped up the win for the away side as he bent one into the far corner. 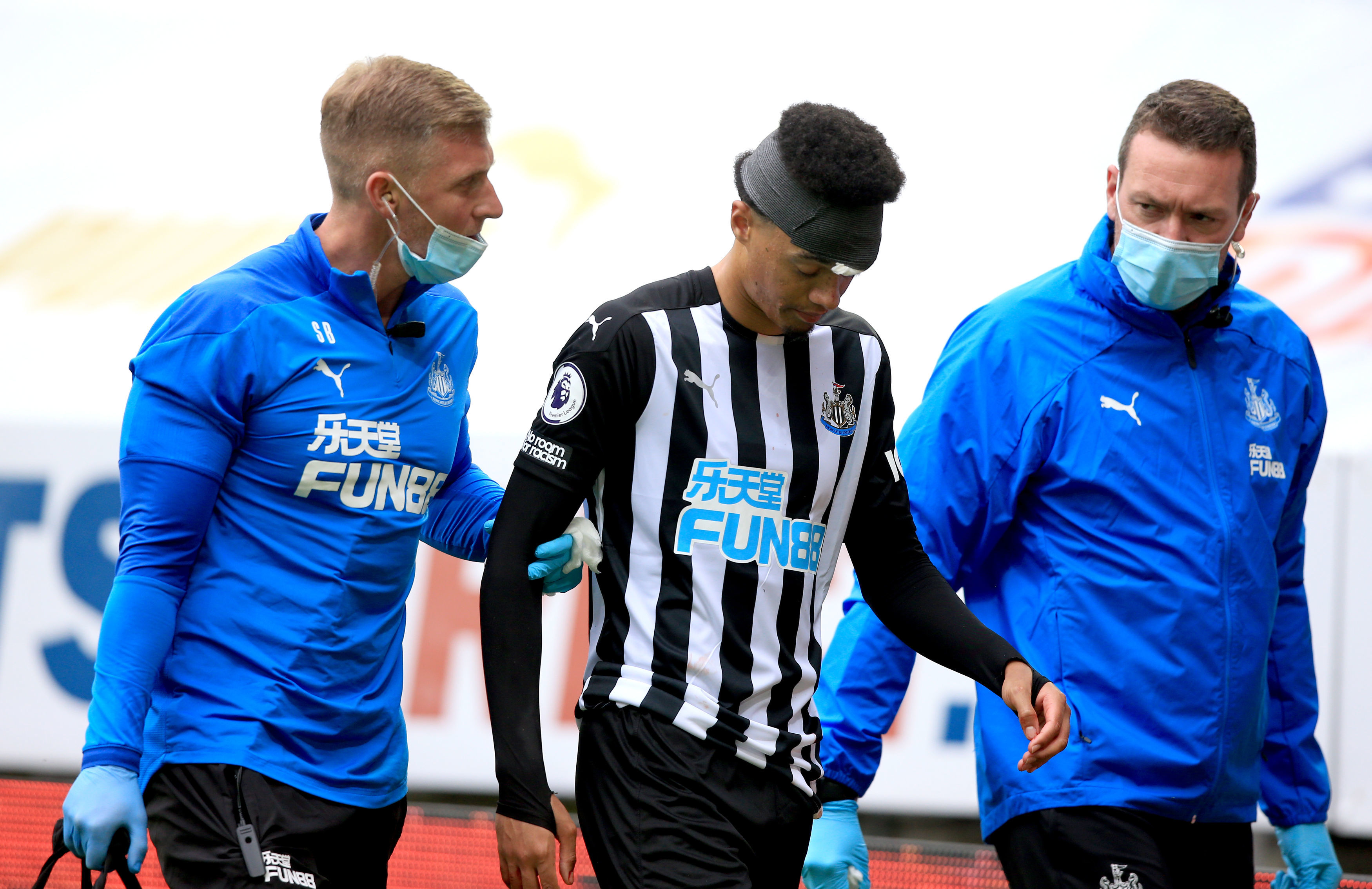