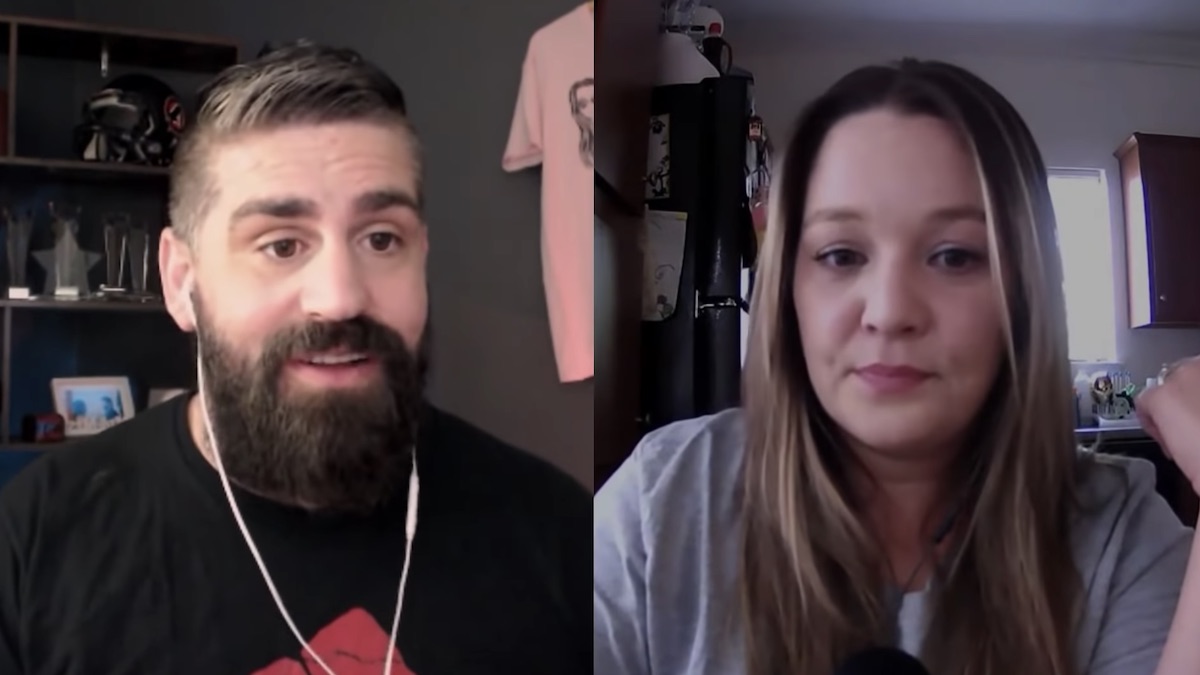 Who could forget about the couple who met singing duets on a karaoke app? Jon and Rachel Walters have one of the most unique stories in 90 Day Fiance history.

Although she was pregnant with another man’s baby when they met, he stepped up and Rachel brought the new baby along to the couple’s first meeting on 90 Day Fiance: Before the 90 Days.

The last time we saw the couple on our screens was on 90 Day Fiance: Self Quarantined when Rachel revealed she lost her job of seven years. Rachel losing her income put them in a tough position regarding Jon’s possible arrival to the US.

The pandemic made things worse- not only did she have to find a job, but she had to find one that could be done from home since she didn’t have childcare.

Without an income, Rachel’s only options were to front $50,000 dollars or seek out a sponsor that would agree to take the financial responsibility for Jon for up to 10 years. The couple didn’t have the money and was hesitant to ask someone for the enormous favor.

Rachel and Jon thought it could’ve been the end of their visa process.

The visa is might be happening sooner than they expected

Luckily, in a recent Youtube video posted by the couple, they shared a couple of exciting updates since we last saw them on TLC.

Rachel revealed that she was able to secure a job a few months ago and waited until after the probationary period to announce the good news. They are happy to say their visa is no longer in jeopardy.

Due to COVID-19, the couple initially thought immigration processing would be at a standstill. However, the visa paperwork process has gone by relatively quickly.

Rachel and Jon were initially told by lawyers that their case wouldn’t even be touched by until the end of this year. Although the paperwork is going faster than expected, they expect the interview process to delay due to the pandemic.

The next visit won’t be on 90 Day Fiance

Rachel is finally going to visit her husband in his home of England, but this time, 90 Day Fiance fans won’t get to see them on TLC.

That’s because on this trip, both of Rachel’s daughters get to come. She was finally given parental consent by her older daughter Ella’s father to travel overseas. She notes that her eldest daughter can’t be on television, so filming won’t happen for the hit show this time.

They did say they plan on telling their story on Youtube. The couple initially had a relationship blog before the TLC show and plan to use their channel to take control of their love story.

Do you think Jon will make it to New Mexico?