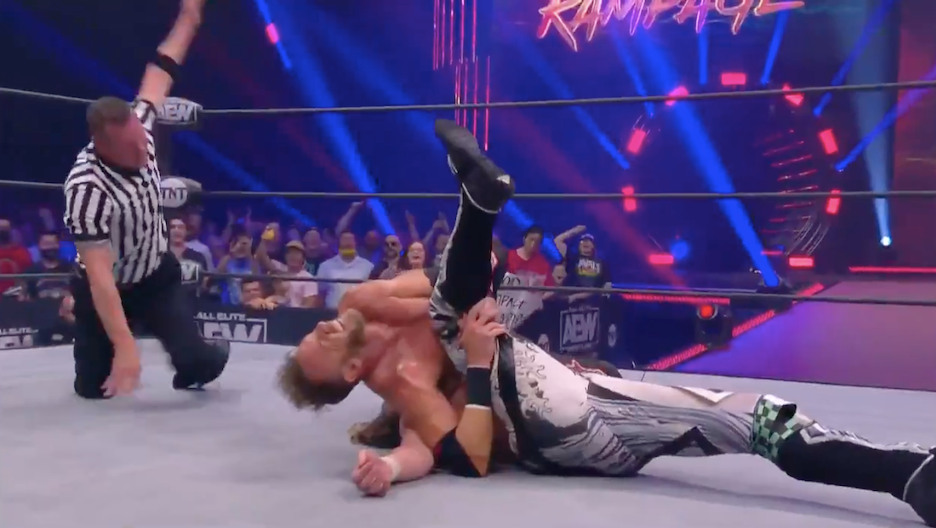 Over the previous two hours, WWE’s “SmackDown” on Fox drew 2.1 million total viewers, or nearly three times as many. Of course, that’s a much more established show from a much more mainstream professional wrestling company. Plus, airing from 8 to 10 p.m. on free over-the-air broadcast television is a far superior scheduling option than 10 p.m. on cable.

Even so, “Rampage” was better than pretty much anything else TNT has put on the Friday night schedule. Compared to the most previous four weeks, which consisted of old movies, “Rampage” was up 30% in total viewers and 113% in the demo. It was also up by 43% vs “AEW: Dynamite” (the new-ish wrestling league’s flagship show) in the demo from it’s Friday night episodes. “Dynamite” airs on Wednesdays but was moved around the schedule, including to Fridays, during the NBA playoffs earlier this summer.

Both “Dynamite” and “Rampage” will move over to TBS next year.

“Our goal was to come out of the gate strong and establish Fridays at 10 p.m. ET on TNT as the place to catch the hottest commodities in professional wrestling,” said Tony Khan, CEO, GM and Head of Creative of AEW.  “Coming off our red-hot debut episode of ‘AEW: Rampage’ last Friday that featured Dr. Britt Baker retaining her AEW Women’s World Championship against Red Velvet in the main event match, we’re all excited for The First Dance this Friday night at the sold-out United Center in Chicago. It will be a special episode of ‘AEW: Rampage’ that will be enshrined in wrestling history as a night that fans will remember for a very long time.”

The premiere of “Rampage” was filmed in front of a live audience at the Petersen Events Center in Pittsburgh.