Aldi is the latest retailer to release their festive advert, but did you spot a cameo from Cuthbert the Caterpillar?

The supermarket’s animated offering won the hearts of fans after it featured a surprise appearance from the one and only Kevin the Carrot.

Marcus Rashford lent his voice to a radish in the advert which told the story of Ebanana Scrooge, who eventually found some Christmas cheer and apologised for his miserable ways.

But with everyone not-so patiently waiting for Christmas adverts recently, some of those tuning into Aldi’s spotted an incredible detail which many people seem to have missed.

The retailer included a very subtle dig to the legal contest with fellow supermarket Marks & Spencer over the latter’s iconic Colin the Caterpillar cake.

Aldi’s equivalent, Cuthbert the Caterpillar, can be seen getting arrested in the background, which went down a treat with those who picked up on the cameo. 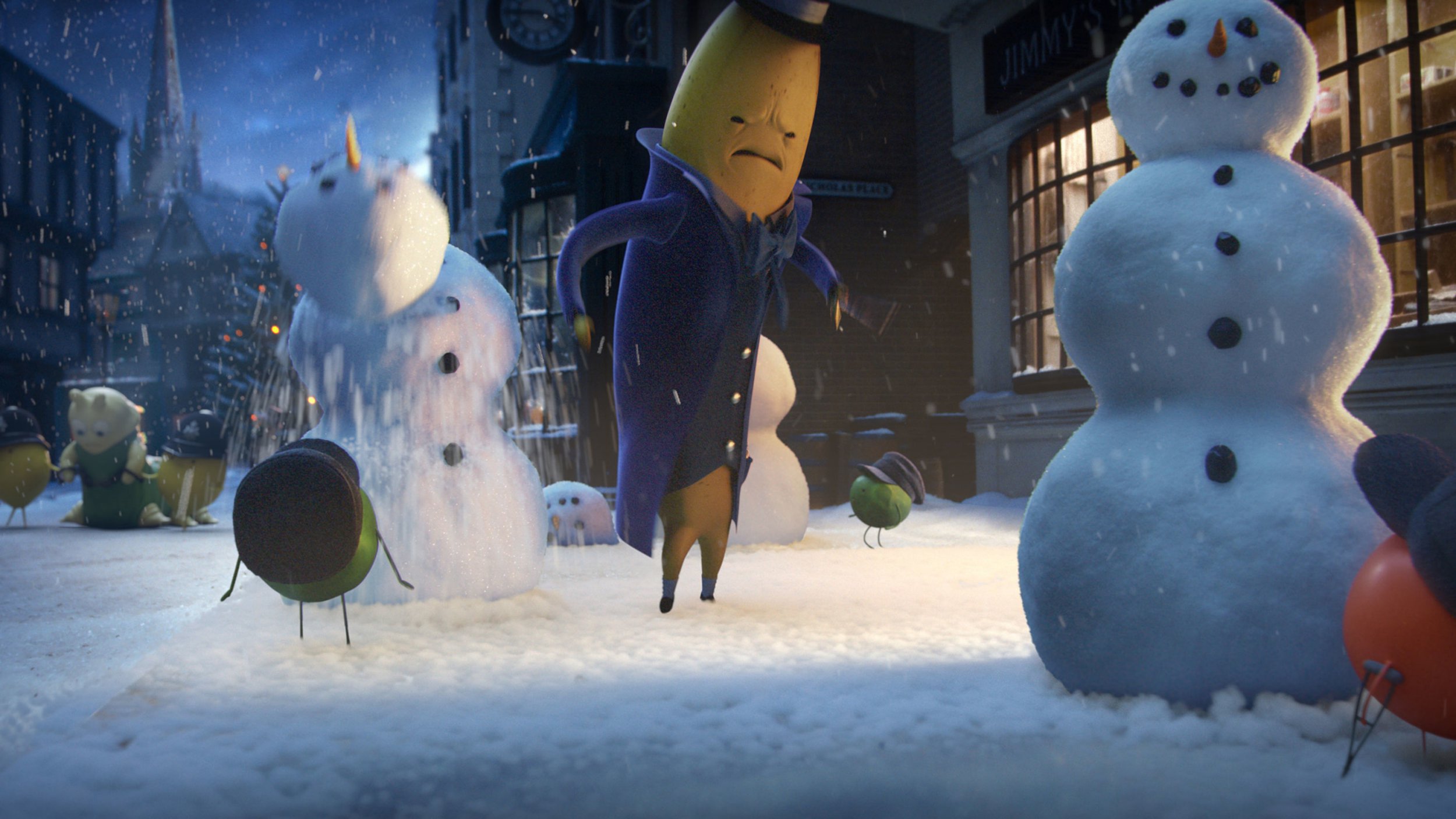 One wrote on Twitter: ‘Cuthbert the Caterpillar getting arrested in the Aldi Christmas advert is super patter.’

‘Check out Cuthbert getting arrested in the background! I aspire to be as savage a marketer as Aldi,’ said another.

A follower echoed: ‘Aldi win the Christmas advert war, just for Cuthbert’s cameo – being carted off in handcuffs #freecuthbert #KevinTheCarrot.’