Alex Jones was joined by Gethin Jones on The One Show this evening as the pair welcomed the upcoming return of Celebrity MasterChef. Gethin took part in the latest series and the BBC host was desperate to find out more about his experience on the show as she hinted she could be swapping The One Show sofa for the MasterChef kitchen in the future.

Alex and Gethin welcomed contestants Judy Murray and blind TV presenter Amar Latif via video link while Dom Littlewood joined in the conversation from the studio.

After playing a clip from the upcoming series, Alex remarked: “I get sweaty palms just looking at that, I don’t know how you did it.”

The One Show host was very interested in finding out more about the process.

“I want to know the nitty-gritty, you four now know the behind-the-scenes,” she said. 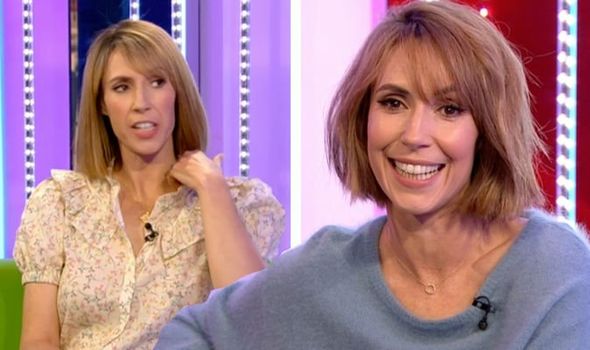 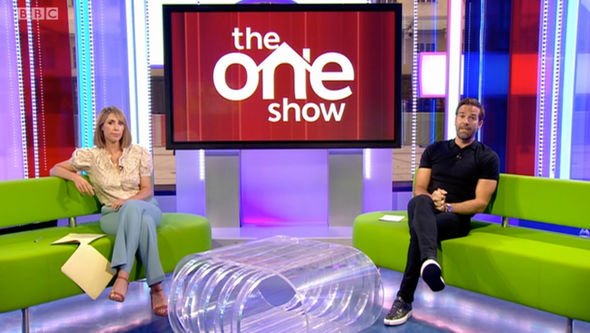 “When you get the phone call, Dom and they say, ‘Do you want to be on MasterChef?’ Do you practise like a nutcase for a few weeks before you start?”

Dom answered: “I was under the assumption that people could cook before they went on and I said to them, ‘You’re ringing the wrong person.’

“The way I cook it’s from freezer to stomach within 30 minutes and anything else, sauces and things are always bought.

“They said, ‘We’d actually like to watch you and see how you progress,’ then you work out what you think you might be able to cook and you do practise like a madman.” 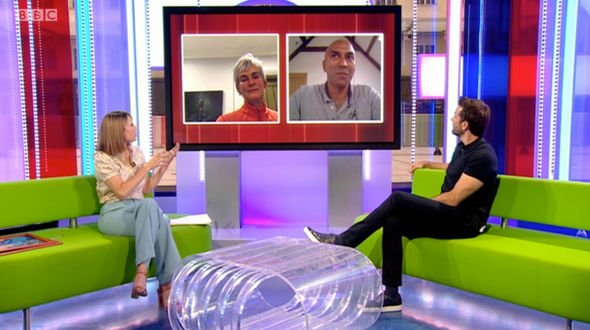 “You spend a fortune because all of a sudden you go out and buy the spices, herbs, fresh fish and everything that I wouldn’t personally have in the cupboard,” he continued.

“You start to experiment and it’s so much fun because I’ve been a lazy cook all my life, it’s changed me.”

As the guests spoke out their experiences on the show, Alex said: “I can’t wait to see how this unfolds.”

“It’s worth watching let me tell you,” Gethin said and his co-host added: “I’m sure it is.”

Could Alex be getting ready to sign-up Celebrity MasterChef after watching the latest batch of contestants in the kitchen?

Elsewhere, Judy revealed how Andy and Jamie Murray reacted to her signing up.

“There was a massive eye roll and a, ‘You can’t cook mum, what are you doing that for?’

“I’m a little bit like Dom, I’m quite lazy, I’ve never had lots of time and I’ve never the inclination.”

“I would say after doing it I’ve become a much better cook because I’ve had time because lockdown kicked in after we finished,” she added.