Angela Rayner says she 'could' be Prime Minister

The deputy leader of the Labour Party was asked by BBC Breakfast host Jon Kay about the Tories appointing their third female Prime Minister following Liz Truss’ win against Rishi Sunak on Monday. However, the MP went on to talk about the energy crisis and Boris Johnson’s holidays, causing a backlash from viewers who accused her of “dodging” questions.

During an interview with the broadcaster on Tuesday, Kay asked Rayner: “As a prominent female – the most prominent female Labour politician, do you like at the Conservative Party and say, ‘This is their third female leader.

“‘Their third female Prime Minister. Labour have never had a permanent female leader.’

“Do you look at this and think where are we and Labour going wrong?” 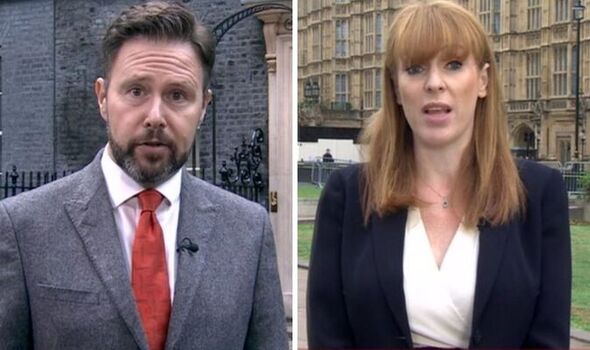 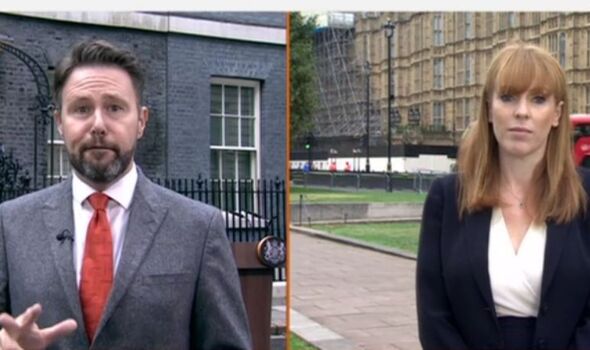 Rayner replied: “Well, I look at the last couple of weeks where we’ve seen Boris Johnson going around having his holidays, enjoying himself when the rest of the country have been absolutely petrified.

“I’ve got businesses locally who have been there since pre-war who are now saying that they will not be able to survive.

“You know, they’re really struggling at the moment. So, yeah it’s great that all his mates are there to see him off. 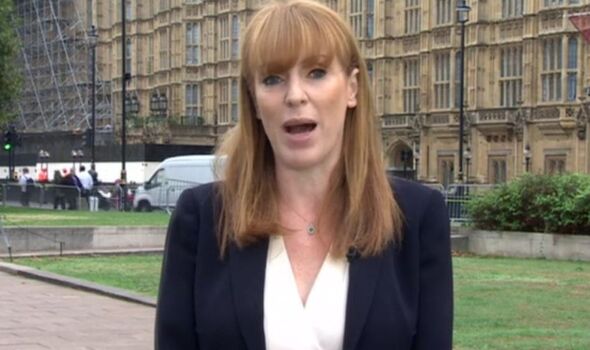 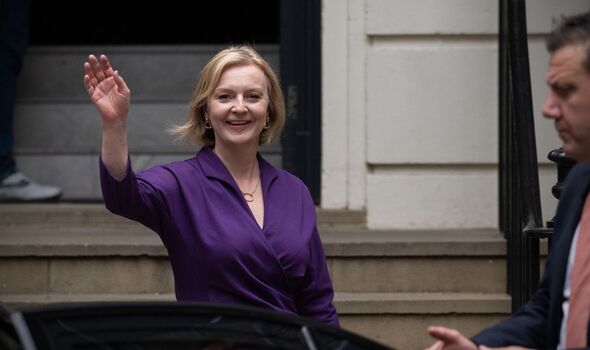 “And it’s all buzzing there, but the rest of the country isn’t buzzing.

“The rest of the country’s looking at backlog Britain, they’re seeing that things have taken longer for them to get things done, the public services are collapsing at the moment, the NHS is struggling.

“They’ve been distracted by sleaze and by scandal and so, therefore, it’s great that we’ve got a woman Prime Minister but what we really want to see is action to support people of this country.”

Viewers quickly gave their views on the conversation, with Twitter user Lynne Sumners writing: “However she completely dodged the question of female leaders by talking about Boris’ holiday. Cmon, Angela, why no female leaders ever and why skirt the question?” (sic)

@PurplefoxMktg echoed this, writing: “#BBCBreakfast Angela Rayner saying none of the Labour Party have been on holiday this summer. More political diatribe. Wish they’d stop the BS and be honest.”

@nina201948 asked: “Did you not beat the question? You were not asked to do a Party political broadcast, Angela?

“Is there a politician in UK who can understand and answer a question? Bunch of muppets! #BBCBreakfast.”

@FrancoVolpe15 added: “And failed to answer the question about three Tory FEMALE PMs ..she waffled on about Boris being on holiday and wasn’t picked up on it.”

Others took a different view, though, with @katy_wrathall arguing: “Nice to see #BBCBreakfast making it all about gender when talking to @AngelaRayner Grow up & address the real problems.”

BBC Breakfast airs weekdays from 6am on BBC One.