Annaleigh Ashford wants you to remember the impact of Paula Jones.

The actress and Broadway star plays the former Arkansas state employee in Ryan Murphy’s latest iteration of American Crime Story, titled Impeachment, in which President Bill Clinton’s 1998 sex scandal—and the women involved—take center stage. Jones was a major figure in the investigative case and the media circus that followed. The first woman to accuse the former president of sexual misconduct, she and her accusations only gained the spotlight when news of the president’s inappropriate affair with former White House intern Monica Lewinsky came to light.

“One of the most exciting things about these installments of American Crime Story is that they force us to take a closer look at a moment in history that we were complicit in as a culture,” Ashford tells BAZAAR.com. “It’s making us reconcile with the fact that we were a part of shaming, politically ridiculing these women who had no agency or voice over their own narrative.”

Below, Ashford details what attracted her to the role of Paula Jones, how Impeachment will change the perception of the women involved with the Clinton scandal, and what our long-lasting interest in that moment in time says about Americans at large.

What attracted you to the role of Paula Jones, and why did you want to be part of retelling one of the most infamous periods of time in U.S. history?

I’m always excited to be a part of anything that Ryan Murphy is involved in. As I started to research Paula Jones, [it all became] so fascinating. I realized the tension at the beginning of this saga was really Jones just aiming to please her husband—that was her main motive. We’re so much more familiar with her involvement in the political arena for the last eight years, but it was interesting to revisit the origins of her life in the public eye. All she wanted was to make her husband happy and get an apology.

The other thing that’s interesting to me about Paula Jones is she’s got a very extreme dialect. She had a very extreme look that was just brutalized by the media and the comedy world of the ’90s. I found that my entry point into this story as a young teenager was through late-night comedy, and most of the knowledge that I had was people making jokes about her coming from a trailer park and about her looks. It’s always an exciting challenge to tackle a larger-than-life character and make sure that she’s still human and not a caricature. 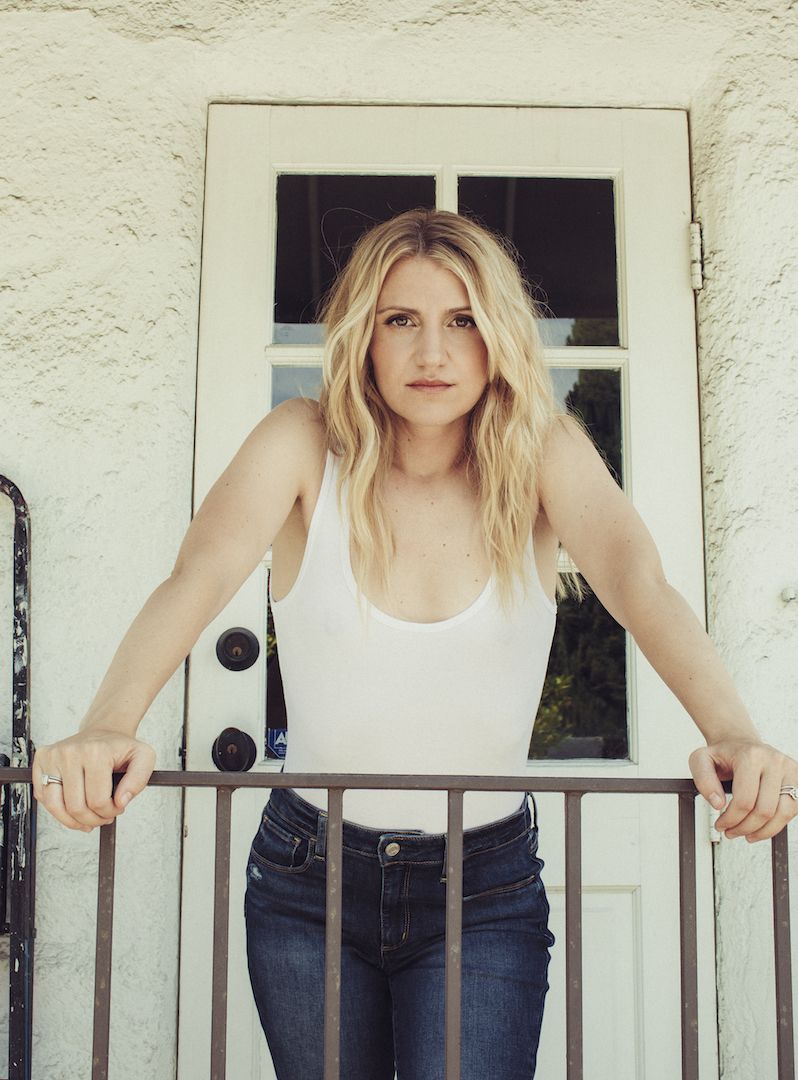 When you think of Paula Jones, the person, and then also the Paula Jones that you portray in the series, would you describe her as someone who was misunderstood at the time?

Paula Jones was a catalyst for the house of cards falling. She was the string that sort of unraveled the tapestry, which is something that people forget about. I think she was very misunderstood in the moment, because she was not allowed agency over her story. She was not allowed to really tell her side of the story. Most of her motives were sort of muffled by the actors around her. She had not only her husband pushing her to come forward, but also pushing her to make each step along the way.

She also had quite a few right-wing operatives that were kind of coming in and shaping her journey and her choices. That is always what the heartbreaking part of Paula’s story is—that I don’t feel like she had much control and she was really being pushed by a lot of outside forces.

Were there any lessons you took away from filming, especially while working with such a star-studded cast?

The crazy thing that happened with filming was we all were in our own separate storylines, which I think is also so telling of the overall narrative. The fact is, I never had a day with Beanie [Feldstein] and Sarah [Paulson], I was just in a completely different storyline. My own thread of the story fused with theirs, but we never got to play together. So it’s actually been really lovely to have these press events where we get to finally see each other and gush over each other’s work.

One of the things that was really surprising about working on the piece is that the way that these women were ridiculed about how they looked, which became so important in our retelling of the story. We felt that it was important to get the way that they looked just right. Sometimes when you’re playing a real person, you don’t want to look exactly like them, because you don’t want to do an impression of them—you want to get the essence and the spirit. In this case, that is certainly true, but I was surprised that when I would be done with my hair and makeup, I would look in the mirror and felt like I was seeing a relative I hadn’t met before.

We incorporated that physicality on camera. That included me having multiple hair changes, a prosthetic nose, really specific costuming, and really matching up to what she had, because [the overall look] was part of her journey. She had multiple makeovers during her time in the public eye that were pushed on her. She had braces; she had a nose job that was paid for. I found that to be heartbreaking as an actor and as a human. I can’t imagine what it would have been like to have been made fun of constantly about the way that I look, especially when I didn’t ask to be pushed into the public eye. 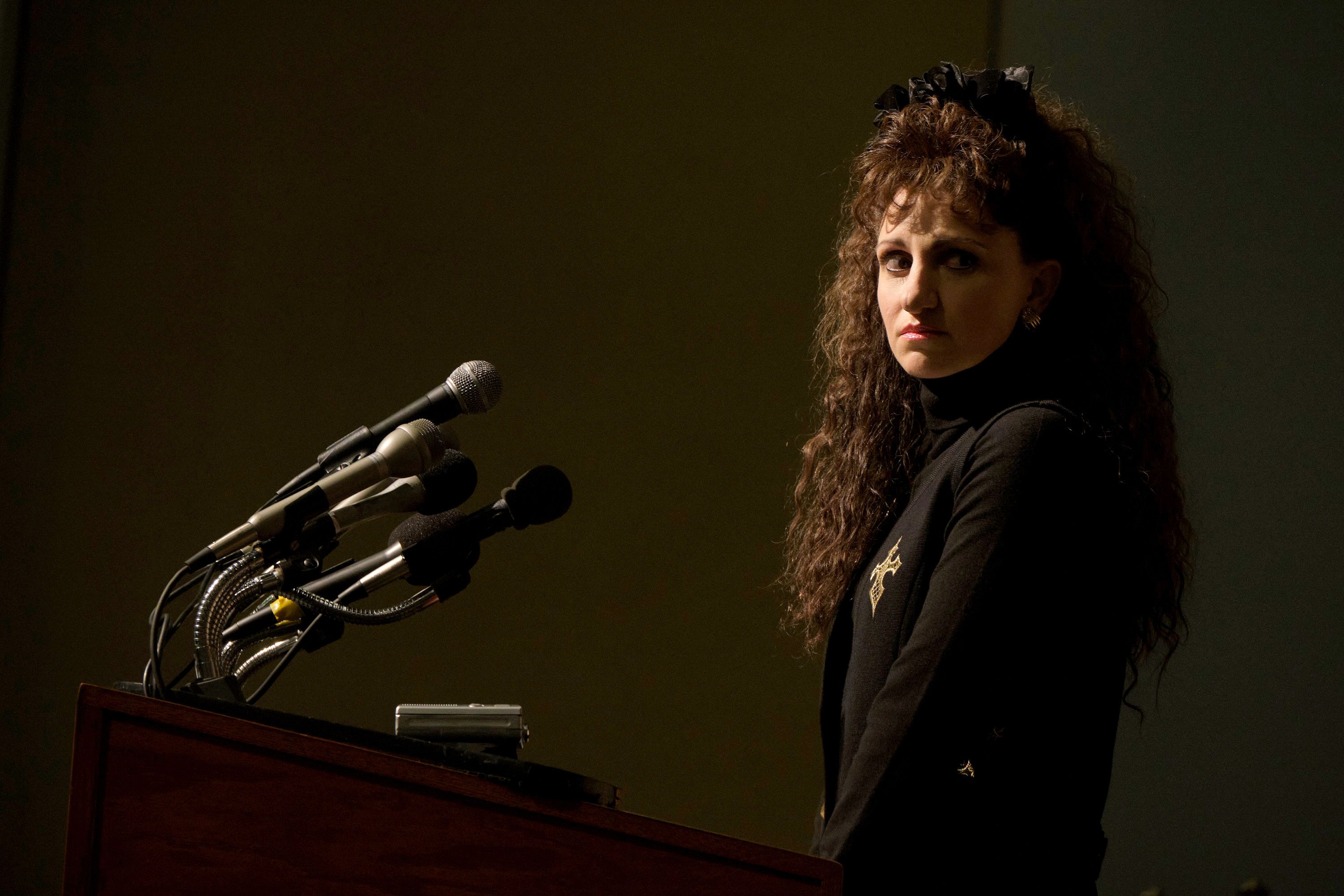 Why do you think the American people can’t really let this scandal go? And what does that say about us?

There’s two things that I think make this story. Number one, as a culture, as a society, as a people, we’re just inherently uncomfortable with conversations about sex. Unfortunately, there’s that salacious nature of it. People still can’t help themselves from making a joke about it, because they’re uncomfortable.

Number two, I really believe that this story was the catalyst for where we are standing right now in our political and social tribalism. It was the seed that planted “my team versus your team” when it comes to right- and left-wing politics. We are so polarized, and I believe that this is one of the reasons we’re in this moment in time—this explosion of politics colliding with the advent of the Internet and nonstop cable news.

Do you think the series will ultimately shift how the public views these women?

I think that the retelling of the story is going to make people understand the trauma that these women endured. I also think that it’s an important opportunity for people to acknowledge how complicit they were in the brutality towards these women. We feel like we’ve come so far—and we have—but we have so far to go when it comes to matters of the patriarchy and bullying.

Back then, there was a little bit more accountability about the power of the pen. At the same time, I feel these women would have more support today. They would have more control over their narrative.

And for some reason, this story is really uncomfortable to people. It’s not only uncomfortable because it makes you acknowledge how you possibly behaved badly in your response to this story in the ’90s, but it also makes you uncomfortable because the Ken Starr report—that was like reading Fifty Shades of Grey. It was a very salacious, very sexual, private act that was forced on us as a public. We’re all sort of still having to navigate how we feel about that and how we respond to it and the power dynamics of sex, even if it’s consensual. It’s just another recognition that as we climb this patriarchal hill, we’ve gotten a little bit higher, but we are still nowhere even close to reaching the top.