Anton Du Beke appeared on Morning Live alongside presenters Kym Marsh and Gethin Jones on Tuesday and spoke about sitting in for Strictly Come Dancing’s Motsi Mabuse while she had to self-isolate for two weeks following an “urgent” trip to Germany. The conversation also turned to next year’s show, his hopes to dance with former Coronation Street star Kym and his favourite group numbers.

“Fans really loved you as a judge, and they’re calling for you to return,” Kym began. “Would you like to be a permanent judge?”

“These are decisions for other people, we’re back to dancing next year with potentially a very glamorous presenter,” he said hinting at Kym. 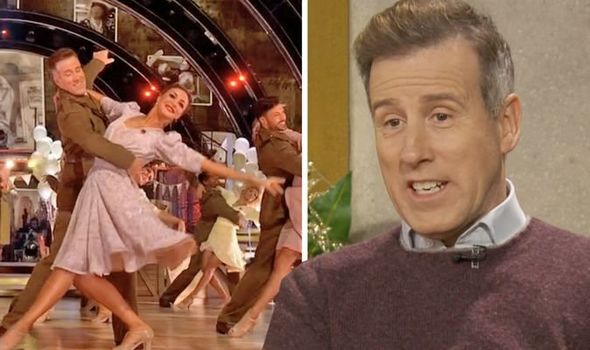 “We shall mention no names.”

“I’ve got some time on my hands again,” the King of the Ballroom remarked.

“How was the wife? She was so proud of you,” Gethin asked in reference to him scoring his fellow professional dancers last month. 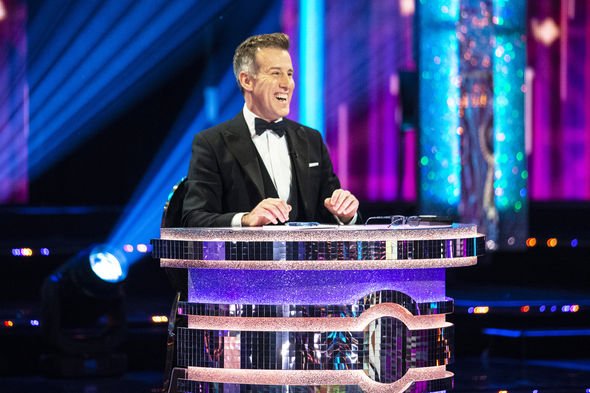 “Hannah was delighted, when I told Hannah when the phone call had come in -” Anton said.

But before he could finish, Anton was distracted by a clip of one of the professional group routines being played.

“That’s a good number – I like that number because I’m down the front. I don’t enjoy the ones when I’m down the back, I lose interest.

“I just go step, dig, step, dig. I’m not in shot, I’m not going to exhaust myself. Down the front I give it the full business,” he revealed before referring back to Gethin’s initial question: “Hannah was delighted and burst into tears.” 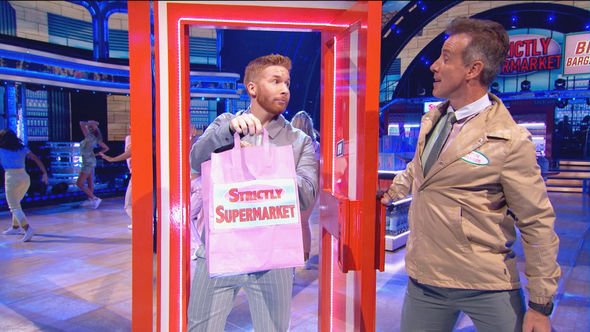 When Len Goodman left Strictly, Anton was tipped to become head judge but Shirley Ballas was introduced to the show and took the role.

Similarly, when Dame Darcey Bussell announced her departure, it seemed Anton would finally hang up his dancing shoes and swap them for the scoring paddles.

However, this was not the case as Motsi took over and Anton has been partnered with celebrities ever since.

Anton still appears on a Saturday and Sunday night however as he sits amongst the remaining celebrities and their partners, as well as the other eliminated professionals.

Anton and his celebrity partner Jacqui Smith were the first couple to be booted out of the competition this year.

Last year was the closest he had come to lift the Glitterball Trophy with Emma Barton.

Bill Bailey is currently favourite to win this year’s series – will Oti Mabuse win for the second year in a row?

This Morning Live airs weekdays at 9:15am on BBC One.