As the 2021 Box Office Ends on a High, the Future of Theatrical Releasing Remains Unclear

The “Spider-Man” effect is real, and while the theatrical world will end on a high note after the December surge of the latest Tom Holland-starring superhero outing, the happy headlines around “Spider-Man: No Way Home” don’t define the 2021 landscape more than the rest of a fraught year. This year will end with mixed signals about the state of domestic movie exhibition, but after nearly 18 months when theaters were either mostly or partially closed, reaching a point where anything resembles past performance is a major achievement.

And yet, even before this year, a retraction was starting. The box office in 2019 fell five percent from 2018’s take, the third most from a previous year in over 35 years. That was even with five films grossing over $400 million in the U.S./Canada, with “Avengers: Endgame” alone making $858 million. That retraction became depression in 2020 with the onset of the pandemic, which extended through summer 2021. Since then, the improvement has been significant.

This year will end with a $4.4 billion domestic gross, 39 percent of 2019’s $11.3 billion. And while that figure has great relevance for theaters’ bottom line, it is not a relevant barometer for the current state of the exhibition world. A better gauge is the result for October through December, a period during which theaters managed to make 74 percent of the gross during the same period in 2019.

That’s a snapshot, not close to the final word, but it is important to note that the period saw the release of four Marvel related films, a new Disney animated release, a James Bond film, “Dune,” an acclaimed Steven Spielberg release, and “Sing 2.” At any period and in any year, that’s a strong lineup. It’s from these key last three months that the best assessment can be made about where things really stand (and what’s going to come next).

Of course, this all comes with caveats, the biggest being that nothing is certain in the theatrical space. Still, here are some observations that can be gleaned from this year’s returns:

That the latest Marvel-related title has succeeded on the scale it has — in under two weeks, the film is twice as big as any other 2021 domestic release — is a huge win for theaters. Not just for the revenue (including concessions), but for reaffirming that, under the right circumstances, massive audiences will still turn up at the theater.

And that success gives hope for 2022, with its release schedule full of similar, familiar franchise titles. The year will see multiple new films from Marvel, plus new entries from the “Scream,” “Batman,” “Jurassic Park,” “Minions,” “Toy Story,” “Mission: Impossible” franchise, along with a new “Top Gun” and the second “Avatar.”

If those films live up to their pre-COVID level — and that’s a big if, with only “Spider-Man” and “Venom: Let There Be Carnage” among 2021 sequels doing just that, with most others however strong below average — 2022 could exceed that 74 percent showing of recent months.

Even with the Marvel smash, this Christmas week — often the most lucrative of the year — is falling short of past ones. Despite several films meant to appeal to the older audiences that usually help elevate the period, audiences remain reluctant to return. “West Side Story” leads the list of failures, but “Nightmare Alley,” a so-far below expectations “Licorice Pizza,” plus a dearth of the normal set of awards contenders that usually bloom at this time of year reinforce a years-long down trend.

But this Christmas also lacks the sort of standalone titles — past years have seen “The Greatest Showman,” “Little Women,” “The Mule,” “Hidden Figures” — that used to typify it. The absence of these at the time of year where they had the best chance to thrive suggests studios are no longer in this kind business, at least for theatrical play.

Their absence is what makes it likely, irrespective of how big franchise films are, to return to past levels of grosses. “Spider-Man” bought time. It guarantees nothing.

Those in charge of production are committed to other platforms

We can gauge results from theaters, but more than ever the majority of revenue raised from feature films comes from other platforms. How much is uncertain, since those numbers are not always revealed, and the impact when films stream as part of packaging for subscribers on Netflix, Disney+, and elsewhere is never exact.

But with four of the top five studios (Sony the exception) having in-house platforms, and the competition among them (as well as Apple and Amazon) likely to get more intense, elevating streaming content remains the top goal. The “Spider-Man” success — and it will provide major profit for Sony beyond just its massive theatrical take — reasserts that theaters have a role, but only for certain films. 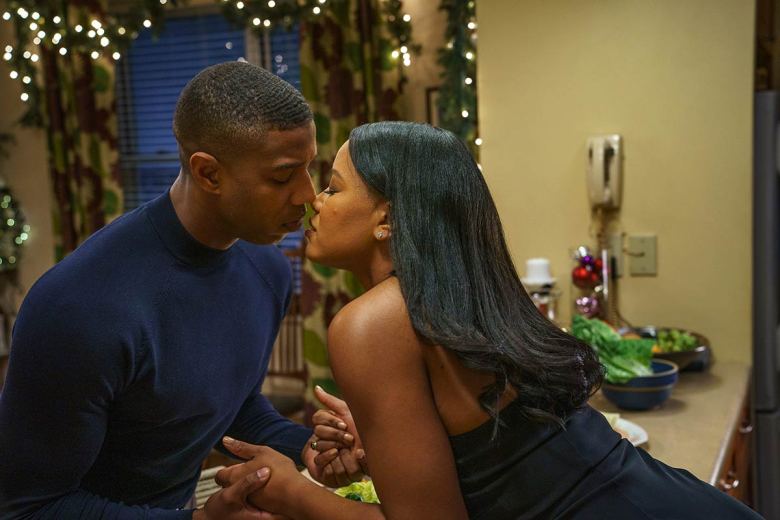 “A Journal for Jordan”

Directors and actors mean more for streaming than theaters

Jon Watts has directed three “Spider-Man” films, all with decent reviews, with a total domestic gross so far of over $1.1 billion. But how many people seeing Watts’ films could identify him? Would even critics be able to pick him out of a crowd? Christopher Nolan, Denis Villeneuve, Quentin Tarantino, Martin Scorsese, and Spike Lee all have names that have an identity beyond core cinephiles. Watts, despite his films’ massive returns, seems anonymous, even with his clear talent.

Big names mostly didn’t result in big returns in 2021. Apart from Steven Spielberg, Ridley Scott, Lana Wachowski, Clint Eastwood, Wes Anderson, Edgar Wright, and Guillermo del Toro all are among top directors who leaned on their names to guarantee a level of box office performance. And they all had films that fell short, far more than that of franchise titles.

The carnage is even worse among top draw actors. Michael B. Jordan (“A Journal for Jordan”), Bradley Cooper (“Nightmare Alley”), Will Smith (“King Richard”), and Mark Wahlberg (“Joe Bell”) are among our biggest lead actors who have been credited for elevating interest in recent hits. Their recent efforts have met with near total disinterest. One exception: Ryan Reynolds with “Free Guy.”

At the end of the day, exhibition is really a real estate game, with theaters on the hook for large rents and operating costs. Screens are spaces to be filled. Feature films, of course, are the main fare. 2021 provided little new to this mix, but it did show that exhibitors are trying to find alternative ways of utilizing their space and screens.

Some examples: top chains now offer an entire theater for private rental for a set cost. Special events led by Fathom Features provide midweek limited run offerings, films and otherwise. Operas and other artistic events get satellite live showings. Within limits determined by TV/cable contracts, some sports events are being offered so fans can watch together. Many now are partnered with studios for a portion of the revenue when films stream.

Most of these screenings don’t have their grosses reported, but they add to revenues and decrease slightly the dependency on studios. Expect theaters to explore more of these possibilities; any chain that can innovate will be more likely to survive.

Expect bumps in the road ahead

Though things have improved, a bad November after a strong October shows that no upsurge means steady improvement. The first two months of 2022 look shaky, with only the “Scream” reboot (Paramount) looking like a sure thing. “The Batman” (Warner Bros.) in March is the next likely film to break out.

The concerns for theaters remain the same: delayed rental payments, market reactions, and the ongoing threat of ever-changing windows and even worse, the transition of top films to non-theatrical platforms. 2022 will be the third straight year of turmoil and uncertainty. But for theaters, the picture is much better than at the end of the summer.

Like everything else during the pandemic, the winners in this are the studios and they remain in the driver’s seat. Watch what actions they take to determine what the future really holds.