Home » TV & Movies » Batman Rumor: Is Jim Carrey Returning to the Franchise as Another Iconic Villain?

Jim Carrey recently debuted his impersonation of presidential candidate Joe Biden on Saturday Night Live. And combined with his villainous role in Sonic the Hedgehog, 2020 shaped up to be one of Carrey’s hottest years in a long while. Now a new rumor puts him right back in the Batman franchise decades after his first appearance. 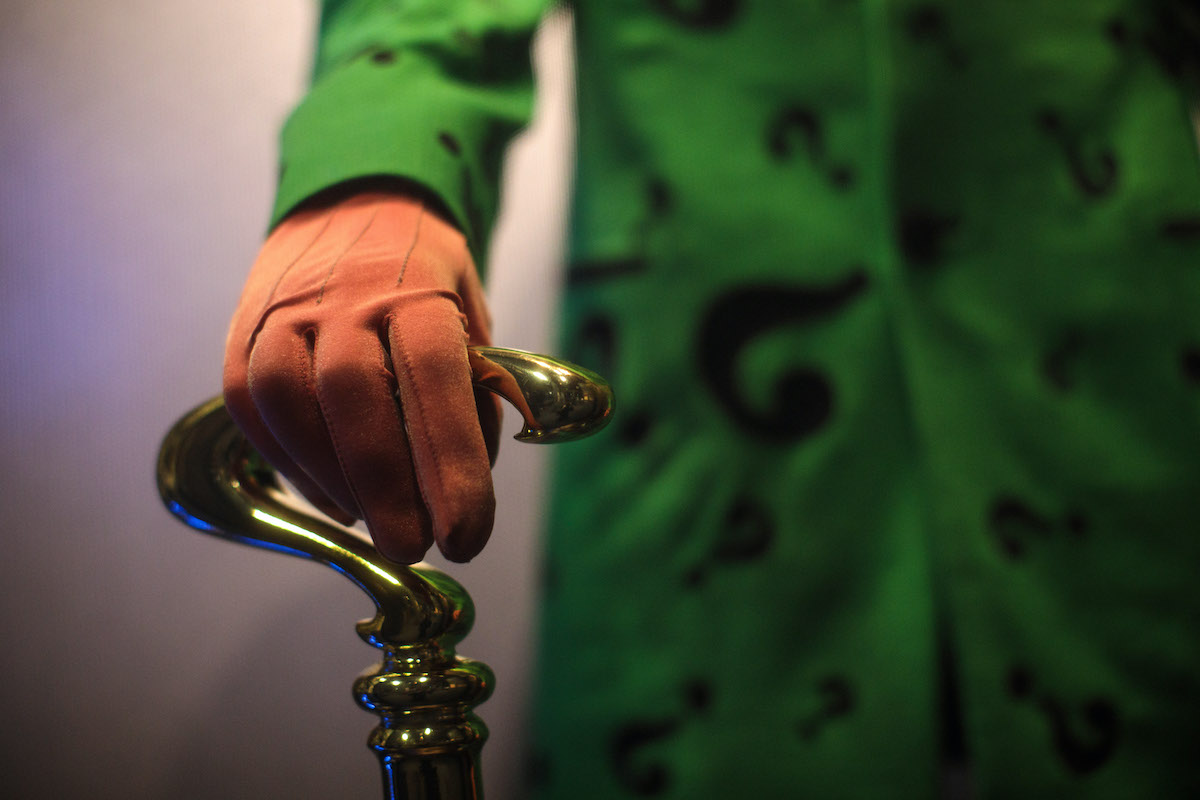 In 1994, Carrey made the transition from a standout performer on TV’s In Living Color to a big-screen leading man. That year, the actor starred in Ace Ventura: Pet Detective, The Mask and Dumb and Dumber. And Hollywood was quick to put Carrey in a franchise role. Just six months after Dumb and Dumber, the actor was on screen again in 1995’s Batman Forever.

Replacing the first two movies’ Tim Burton, director Joel Schumacher took the series in a much campier direction. Batman Forever often gets lumped in with Schumacher’s Batman & Robin. But the former benefits from Carrey’s over-the-top performance as the Riddler. So fans might be curious to see him face off against the Dark Knight once again.

According to insider Daniel Richtman’s Patreon account, Warner Bros. hopes to bring Carrey back for another DC Comics movie. But this time, rather than reprising his role as the Riddler, the studio hopes the actor will play an older version of the Joker. However, it’s unclear whether the rumored role would be for a sequel to The Batman or Joker.

The Batman has already actors such as Colin Farrell and Paul Dano as the Penguin and the Riddler, respectively. And if director Matt Reeves wants some star power for the sequel, Carrey’s popular filmography could do the trick. Rumors have already suggested the sequel to Robert Pattinson’s debut as the Dark Knight will likely involve the Clown Prince of Crime.

Warner Bros. already has two other Jokers to choose from

Over the years, Carrey has toyed with darker character performance. On his Showtime series Kidding, the actor even leans into dark humor and tragicomedy. So it’s not hard to imagine Carrey bringing that skill set to bear as the Joker. Just sprinkle in his signature manic energy. But if the fan demand is any indication, The Batman sequel will take a different direction.

Perhaps the biggest argument against this rumor — besides the on-the-nose casting — is the fact that DC already has a pair of Jokers in play. Although Jared Leto might be out of the DC Extended Universe (DCEU), no replacement has yet been named for that continuity. Carrey doesn’t sound like he’ll fill that role.

Moreover, it feels unlikely Joker 2 would drop Joaquin Phoenix, especially after the actor won an Academy Award for the first film. That said, DC loves tapping into its history, such as Michael Keaton’s upcoming Batman return. So it’s difficult to rule Carrey out completely either.