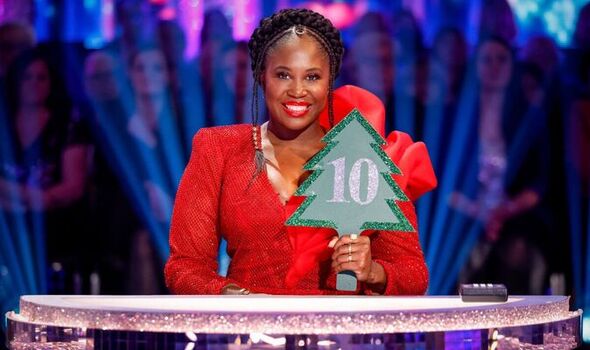 Viewers could be forgiven for thinking it’s 2021 with only a single change to BBC One’s primetime schedule on December 25.

The Beeb has decided to stick to Strictly Come Dancing, Michael McIntyre’s The Wheel, Call The Midwife, EastEnders and Mrs Brown’s Boys.

The only change from last year is Blankety Blank being replaced by sitcom hit Ghosts.

Over on BBC Two, there will be only one programme that hasn’t already been aired, with the rest of the schedule being made up of repeats.

The afternoon will see reruns of Hollywood classics Gentlemen Prefer Blondes and Some Like It Hot, followed by Dad’s Army and vintage Morecambe and Wise.

The only original programming that day will be the King’s Speech – which will have already been shown on BBC One at 3pm – and When Tina Turner Came to Britain.

Analysis has found nearly 29 per cent of BBC One’s schedule, from December 24 to January 6, will be repeats, rising to 65 per cent on Two. It will be slim pickings over on ITV too with 17 per cent of its schedule being reruns.

And 80 per cent of Channel 4’s line-up is made up of repeats.

Licence payers on social media are fuming at the news.

One user wrote: “The BBC is disgraceful to put the same line-up of insulting rubbish on TV.”

But a Corporation spokesperson said: “BBC One took the top seven spots on Christmas Day last year so we know viewers love to watch new episodes of their favourite shows.

“This year over 95 per cent of our peak-time schedule is new.”