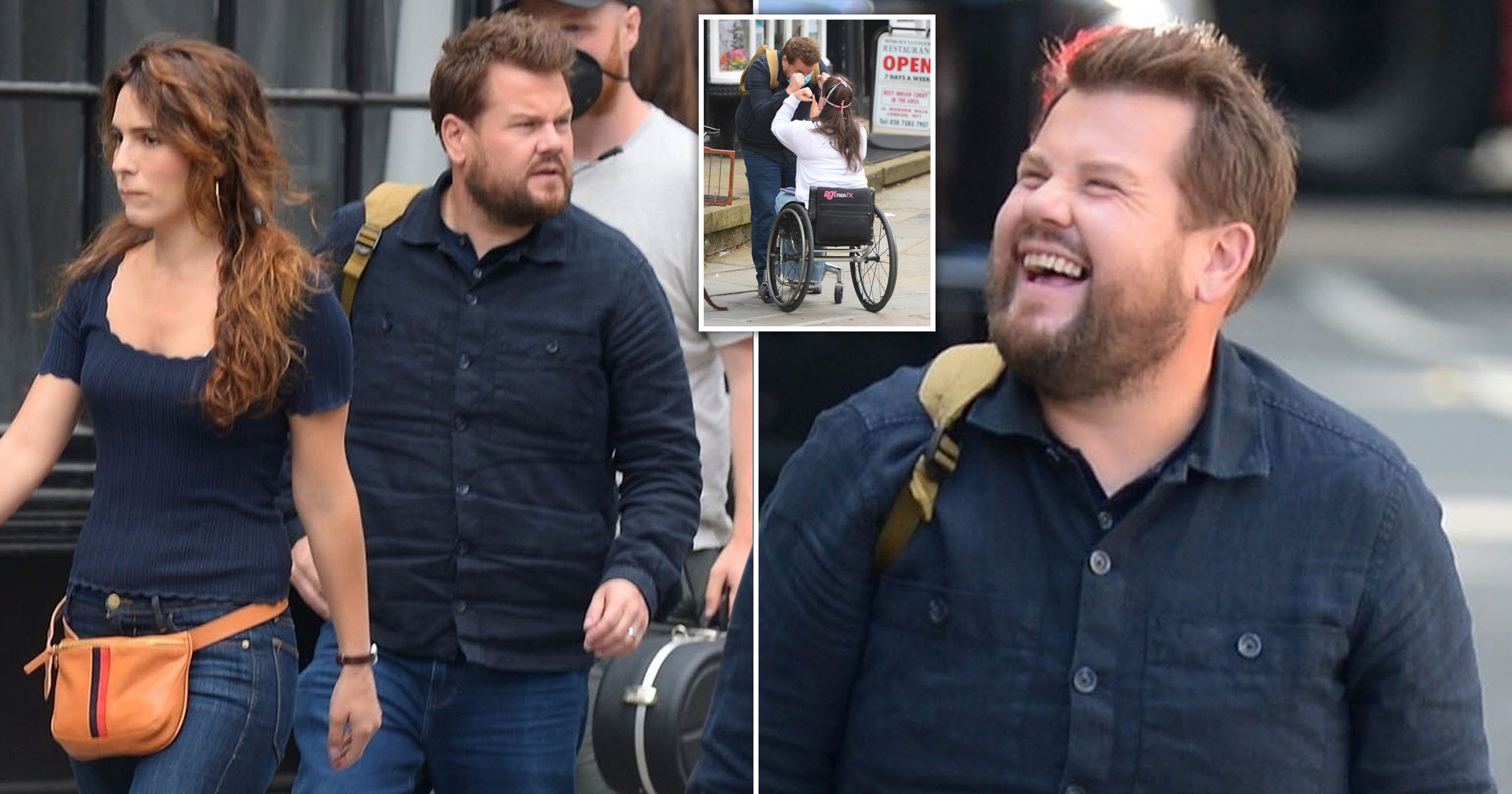 James Corden was spotted shooting scenes for the new series of Mammals in London on Tuesday.

The actor, 42, was spotted on set with co-star Melia Kreiling, 30, whose part in the drama is yet to be confirmed.

Talk Show host James could be seen carrying a violin case, with the name of his character also being kept quiet for now.

He could be seen dressed in a navy blue jacket and jeans and a pair of matching New Balance trainers.

Melia looked casual in a blue top and jeans with her hair loosely pinned back as she wore minimal make-up.

Mammals is set for release on Amazon Prime but it has been shrouded in secrecy so far.

No definite details about the storyline have been revealed but it is rumoured it will be about the trials and tribulations of married life.

The series has been written by Olivier and Tony Award-winning playwright and screenwriter Jez Butterworth who has previously worked on the likes of Spectre and Jerusalem.

Appearing in Mammals alongside James and Melia will be The Shape Of Water’s Sally Hawkins, Killing Eve star Henry Lloyd Hughes, and Merlin’s Colin Morgan, among others.

James’s last foray into acting was the Gavin and Stacey Christmas special two years ago.

The hit comedy he co-wrote with Ruth Jones, about the relationship between a woman from Barry in Wales and a man from Billericay, Essex, and their families, originally ran from 2007 to 2010 before it was brought back nine years later.

In May this year he gave the biggest hint yet that the much love comedy could return, telling BBC Radio 2 that it would be ‘a shame to leave it there’.

‘As it stands there aren’t any plans to do more, but that’s not to say that there isn’t the want or the inclination to do one,’ he said.

‘When we wrote that last special we never thought whether we’d make another, but that special ends on such a…it ends so open I think it would be a shame to leave it there.

‘That’s certainly my feeling and I think Ruth feels the same. It doesn’t feel like the end of a book but the end of a chapter. If we did another that would be the end of it.’