Known worldwide as a dynamic powerhouse performer, first for his Tony-winning role as Lola in “Kinky Boots” and then for his Emmy-winning role as PrayTell in “Pose,” Billy Porter isn’t afraid to take on new challenges. The actor makes his feature directorial debut this month with “Anything’s Possible,” a teen romance about a trans girl experiencing first love. As a longtime member of and advocate for the LGBTQ community, the “Pose” star was a natural fit to helm this story that treats its trans protagonist as any other teenager. Love and joy are central themes in the movie, which never makes an obstacle of the character’s trans-ness.

Shot and set in Porter’s hometown of Pittsburgh, Pennsylvania, the movie stars many of Porter’s friends from his early days in the theater. “Anything’s Possible” was also produced by Killer Films’ Christine Vachon and David Hinojosa, prolific and celebrated producers of many acclaimed queer films. Wth their backing, Porter felt confident stepping into the director’s chair (at least, on a film set) for the first time.

IndieWire spoke to Porter amidst shooting for his new movie “Our Son,” in which he stars opposite Luke Evans.

This interview has been edited and condensed for clarity.

IndieWire: How was it stepping into film directing for the first time?

Billy Porter: I’ve been directing theater for about 20 years, and it’s been a dream of mine to direct film for about that same amount of time. I love being able to be at the helm of telling the stories of the intersection of my communities. Stories that we don’t get to hear very often. We don’t get to see very often. I’m grateful to be able to be a leader in that now.

There’s a lot of people still are stuck in thinking that Pittsburgh is some old, gray, steel town. And steel hasn’t been there in 50 years. There’s tech there, the arts, medicine. So I wanted to create a love letter to my hometown, and I think I had a chance to do that.

Were you able to cast much local talent? 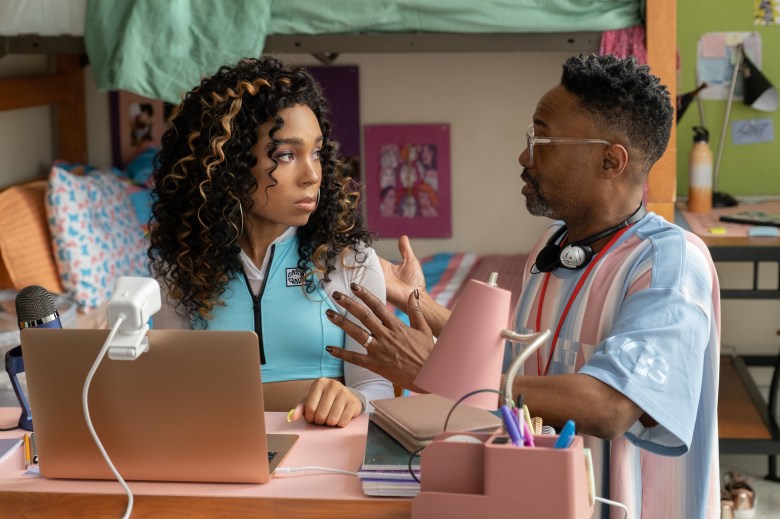 Wait, the art teacher is your mentor?

Lenora Nemetz. She’s a Fosse dancer from way back. She was Chita Rivera and Gwen Verdon’s standby in the original “Chicago.” She was my teacher. She was my mentor and she still lives in Pittsburgh. She’s back living in Pittsburgh now, and I called her up and was like, “No, you have to come and play this part.” And now be in pictures. I’m going to put you in pictures.

Amazing. How was it working with Christine Vachon?

You’re always so good with the inspiring words. How do you maintain, creatively and emotionally, during such difficult times?

What have you seen lately that is really inspiring you creatively?