Donnie Wahlberg shares behind the scene filming of Blue Bloods

Erin Reagan (played by Bridget Moynahan) will be preoccupied with the race for the District Attorney job when Blue Bloods returns for its 13th season on CBS next month. However, the return of a familiar face in her ex-husband Jack Boyle (Peter Hermann) could also give the diligent New York attorney another shot at romance.

A new snap from the 13th season of Blue Bloods has revealed a touching reunion between former husband and wife Erin and Jack.

The latest image from the upcoming instalment features the ex-couple enjoying themselves as they play pinball or some type of arcade game.

It could be a sign their romance, which ended with a divorce before the events of the series, could soon be rekindled.

In the season premiere, Keeping the Faith, the series will pick up with Erin’s feud against Kimberley Crawford (Roslyn Ruff) to become New York’s new DA. 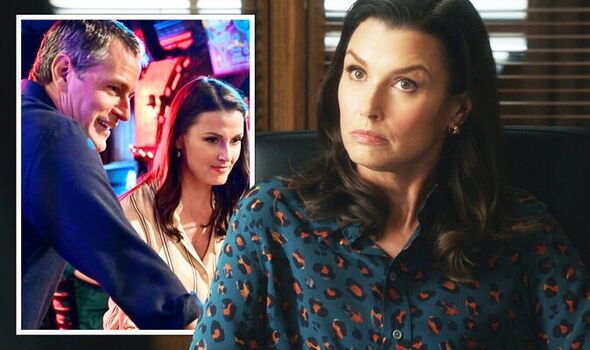 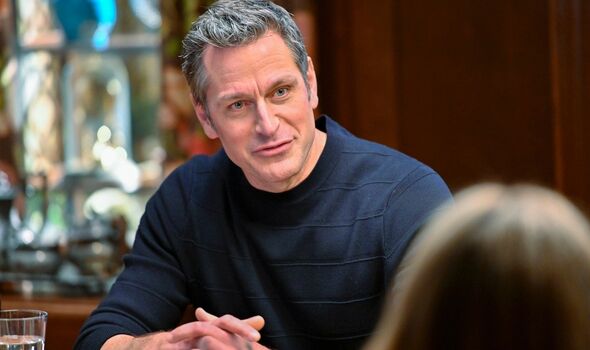 A synopsis for the episode reads: “The job takes a dangerous turn for the Reagans when Eddie and Jamie deal with a domestic violence case associated with an investigation led by Danny and Baez.

“Also, Frank and his friend, Archbishop Kearns (Stacy Keach), go on a mission to avail themselves to an unfiltered look at the city.

“And Erin is presented with a surprising offer by her ex-husband, Jack Boyle (Peter Hermann), regarding her run for District Attorney.”

Fellow lawyer Jack could provide some valuable assistance for Erin during one of the most crucial periods of her career so far. 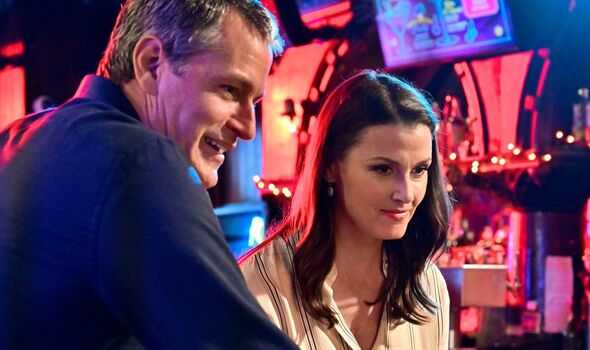 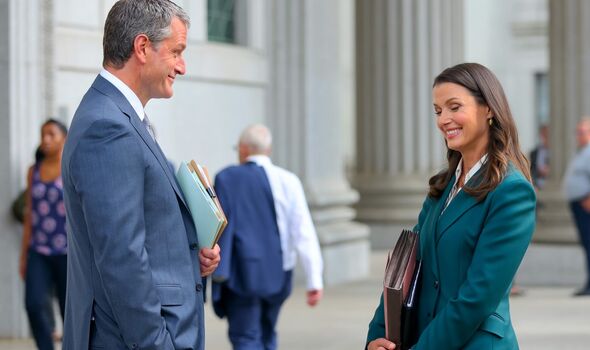 More set photos have confirmed a meeting outside the New York’s Supreme Court will take place at some point in Blue Bloods’ next season.

However, it appears their relationship will become more than professional if their social outings continue throughout the season.

So far, Jack has only made sporadic appearances throughout the series, his last being the season 11 episode, Happy Endings.

Erin and Jack haven’t been romantically compatible since their divorce, but all that could be about to change.

In the episode Ripple Effects, Erin told Eddie (Vanessa Ray): “We got along great when we were both in the DA’s office.

“We couldn’t get enough of each other. But then when he became a defence attorney we never saw each other and it just went south from there.”

Erin and Jack’s office romance quickly fizzled out once they started working in separate departments.

They have also sparked several arguments over the years, with Jack accusing his ex-wife of raising her expectations too high.

If Jack helps Eric land the much-coveted DA position, however, she may realise how much he’s changed over the years.

It will be important for Erin to take time away from her day-to-day responsibilities, and the couple may start reminiscing about their good old days during their reunions.

Fans will have to wait and see if Jack’s return will lead to Erin giving their relationship another chance, but, thankfully, there are just a few short weeks before Blue Bloods returns to screens.

Blue Bloods season 13 premieres Friday, October 7 on CBS in the USA. A UK release date is yet to be announced.