BRITAIN'S Got Talent fans fear David Walliams' pin number has been 'exposed' by a magic act.

The final auditions of the ITV talent contest aired tonight, with magician Damien O'Brien using a mobile phone as part of his act.

Damien gave the phone to David, while asking the other three judges – Simon Cowell, Alesha Dixon and Amanda Holden – to tell him a date that is special to them.

Simon chose February 14 – the date his six-year-old son Eric was born – which David had to type into th calculator on the phone.

Amanda then said December 10 – her wedding anniversary – which David inputted and then pressed multiply.

Alesha was last and she chose the date of her first child's birth – October 1 – which Damien asked David to add into the calculator and then press divide. 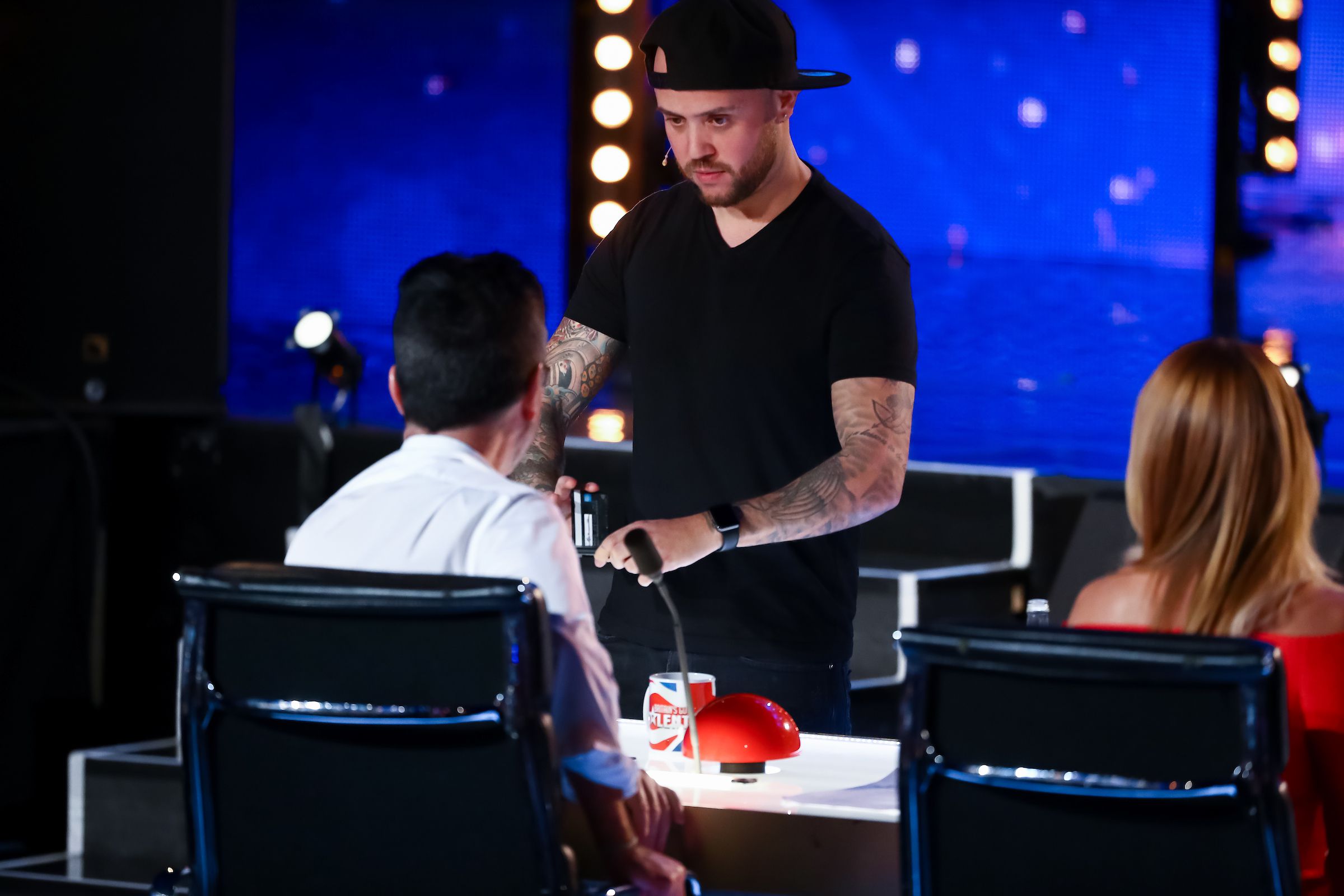 David was then asked to add the PIN number on his credit card into the equation.

Damien got the camera to move away and he turned his back as David added the digits of his pin into the calculator, then the magician asked him to press the equal button.

The result was 71059 and Damien then somehow slid David's credit card through the phone before giving it to Simon to hold.

Somehow, it had turned into a piece of metal, which had 71059 engraved on the back, and even more surprising, the numbers turned out to match Simon's date of birth.

However, viewers at home feared the trick had exposed David's PIN number, with one writing on Twitter : "He does realise people can do maths and work out what David’s PIN number is from those numbers? "David needs to be on his online banking straight away."

Another added: "Pretty sure you could work out David Walliams' pin from that little equation!" noted another."

A third tweeted: "So the whole of the UK now knows David's PIN number."

Others claimed Damien could have Googled the judges and worked out what special dates they would have chosen.

Another viewer was convinced Damien had used a special app, writing: "So he's taken 20 minutes to show us he's got an iPhone app that displays "71059" whenever you press the equals sign?"