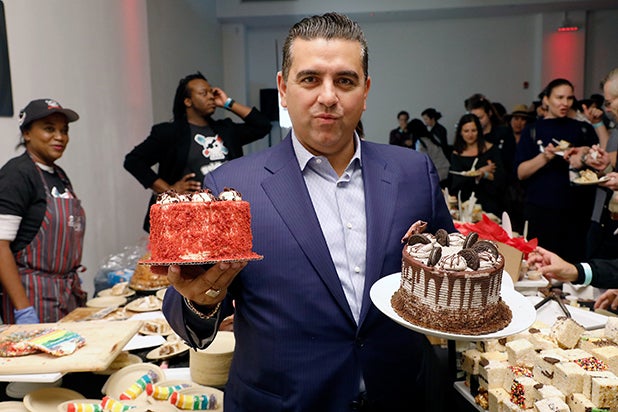 “Cake Boss” star Buddy Valastro’s road to recovery from a traumatic hand injury will be the subject of a two-hour TLC special airing in December, the network announced Monday.

The special, set to air on Wednesday, Dec. 23, features footage filmed immediately after the accident and through his multiple surgeries, physical therapy sessions and subsequent returning to work. Per TLC, “As business deadlines loom, commitments for over-the-top cakes stack up, and the holiday season around the corner, the stakes couldn’t be higher. But above all, Buddy faces the ultimate question: Can you still be the Cake Boss if you can’t make cakes?”

Valastro was injured in an accident at his family’s New Jersey home last month when his dominant right hand was impaled with a metal rod while attempting to fix a pinsetter at their personal bowling alley. His two teenage sons had to saw him free, and Valastro later underwent multiple surgeries to repair the damage.

“Buddy is like family to all of us at TLC, so we are thrilled and relieved for him that he is on the road to recovery following his accident,” said Howard Lee, president and general manager of TLC. “Knowing Buddy’s determination and spirit, it’s no surprise that he would give it his all in the hopes of returning back to normal. We are proud to document his journey as part of this special.”

Valastro will also have a presence on Food Network this holiday season, with “Buddy Vs. Christmas,” one of his last projects before injuring his hand. “Buddy vs. Christmas” will premiere Sunday, Nov. 22.