CGI take on Disney classic hits theaters with divided reviews and social media complaints. Then again, so did “Aladdin” 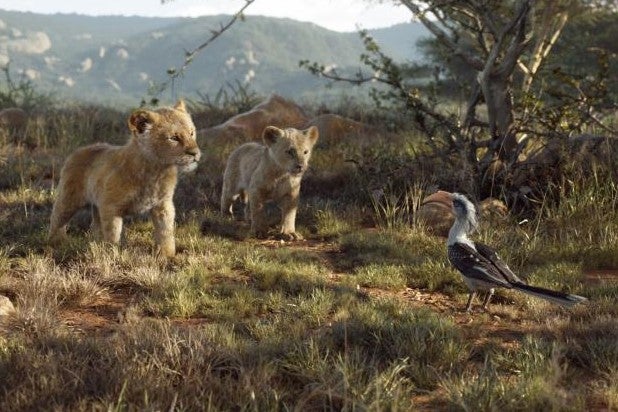 Aside from “Avengers: Endgame,” most box office observers pegged Disney’s CGI remake of “The Lion King” to be the biggest moneymaker of summer 2019. But as the final days tick down to its release, Jon Favreau’s movie is facing down sharply mixed reviews and social media buzz even as it is projected for a $150-180 million opening.

Three years ago, critics and audiences alike lauded Favreau’s CGI/live-action take on “The Jungle Book,” which grossed $966.5 million worldwide and took home a Best Visual Effects Oscar. But reviews for “The Lion King” are much more polarized. While some critics praised the photorealistic approach to the Pride Lands, others called the film a “soulless chimera” of the original 1994 film. Currently, the remake has a 61% score on Rotten Tomatoes, compared to 95% for “The Jungle Book.”

Critics who panned the film also singled out the interactions between the different characters as lacking in facial expression compared to its hand-drawn predecessor. Such complaints have been echoed by many “Lion King” fans on social media as clips from the new movie have come out in recent weeks, prompting side-by-side video comparisons casting the remake in an unfavorable light.

But will any of this actually hurt “The Lion King” at the box office? All signs say no. According to analytics site Movio, the film had brought in 17,000 pre-release admissions by July 9, outpacing presales for “Toy Story 4” and “Ralph Breaks the Internet.” 38% of those pre-sales came from moviegoers ages 25-34, signaling the four-quadrant appeal that has made these Disney remakes such big moneymakers.

It was also just two months ago that Disney released its “Aladdin” remake with similar pre-release grumbling, as a heavily disliked trailer made “Blue Will Smith” into a meme and critics were left lukewarm at best with a 57% Rotten Tomatoes score. But that hasn’t stopped the film from legging out incredibly well from its $116.8 million Memorial Day weekend opening.

It was only this past Monday, 53 days after its release, that “Aladdin” reported a daily domestic gross of under $1 million as it approaches the $1 billion global mark with $332 million grossed domestically and $962 million grossed worldwide, putting it on the verge of passing “The Jungle Book’s” all-time gross.

This strong result was based in part the poor performance of franchise films that released in the following weeks like “MIB: International” and “Godzilla: King of the Monsters,” but also because “Aladdin” was a hit with audience despite the pre-release grumblings. It received an A on CinemaScore and a 94% audience score. “The Lion King” will face tougher competition in the coming weeks with “Hobbs & Shaw,” but if it wins over family audiences, it should be well on its way to grossing over $1 billion worldwide as trackers are projecting a $425-450 million global total by the end of this coming weekend.