“We are here.” Those three simple words might have sounded matter-of-fact at any edition of the Cannes Film Festival circa 2019 or earlier. But when artistic director Thierry Fremaux used them to greet a roomful of filmmakers, actors, and others from the international film community at a dinner on the opening night of the festival, they were met with sustained applause, and the breeze of ample air conditioning could have easily been mistaken for sighs of relief.

The shock and excitement was palpable. Despite a global pandemic that forced the 2020 edition to cancel, scores of production delays, society splintered into quarantine restrictions around the globe, countless lives lost, artists faced with existential quandaries about the future of their work, and the industry enduring upheaval that threw the very nature of its survival into question … despite all of that, somehow, Cannes was here.

This year’s festival comes with some serious caveats. With the pandemic still raging across the globe, major territories like China and South American held off on attending due to extreme quarantine restrictions on both sides. The market has been resoundingly quiet, as most buyers and sellers took care of their needs virtually weeks ago. The festival has seen a 35 percent drop-off on media attendance and doesn’t have quite the same caliber of starry red carpet offerings in its lineup one day after the next.

Yet to some extent, the first major event of the 74th edition felt like an immediate return to normalcy. The festival kicked off Tuesday with a screening of documentary essayist Mark Cousin’s “The Story of Film: The New Generation” (which acknowledges the pandemic’s impact on viewer habits) followed by the world premiere of Leos Carax’s unconventional Adam Driver rock opera “Annette.” It will continue this week with a wealth of auteur offerings in its venerated Competition section, from stalwarts like Paul Verhoeven (“Benedetta”) to the rising stars of Nadav Lapid (“Ahed’s Knee”) and Julia Ducournau (“Titane”).

At the dinner, speculation circulated wildly about how jury president Spike Lee might lead an eclectic group of filmmakers and actors through a decision process to choose the next the Palme d’Or winner. Would they go for an obvious “consensus movie” (as one Cannes regular referred to Iranian director Asgar Farhadi’s new drama “A Hero”) or take a wild swing at one of the more unconventional efforts on display? With some of the more anticipated undertakings of the Competition, such as Sean Baker’s “Red Rocket” and Apichatpong Weerasethakul’s “Memoria” not set to screen until the second half of the festival, those questions are poised to linger for some time.

But first, the show: The screening of “Annette” was preceded by the usual red carpet fanfare, with Lee adorned in a blinding pink Louis Vuitton suit as he opened the proceedings during an elegant opening ceremony from the stage of the Lumiere Theatre, where he was flanked by honoree Jodie Foster (speaking flawless French as she recalled her first time at Cannes with “Taxi Driver”), Pedro Almodovar, and previous Palme d’Or winner Bong Joon Ho. Their union onstage didn’t exactly prove that the movies had fully recovered so much as that, despite the anxiety about the future and production slowdowns, they were always there. “Maybe the festival had a break, but cinema never stopped,” Bong, who finished his most recent screenplay in January, told the audience in Korean.

Of course, the glamour and the optimism obscured a messier picture across town, where many festivalgoers have been forced to endure a saliva test every 48 hours and display their negative COVID test just to access the main festival headquarters. That includes Americans in attendance, including this writer, since the country’s vaccine card doesn’t have a QR code that can be scanned at the door. Already a physical endurance test for anyone who subjects themselves to its exhausting ritual of crowded screenings on an ever-confounding schedule, Cannes added one more convoluted twist to the occasion. This is a festival that take every ounce of stamina to get through each day; now, it also takes your spit.

The Biogroup tent established adjacent to the Palais ran into a few hijinks as the festival took off, with some struggling to figure out how to gain access to their test results and others barely even getting that far. As I deposited a few drops of my own sample a few hours after my arrival, someone in an adjacent booth was forced to retake his test when some hand sanitizer — of all things — rubbed off on the vial as he turned it in. Yet another Cannes paradox.

But the test results at Cannes this year are only necessary for access to the Palais des Festivals, not the Lumiere or Debussy theaters where the bulk of the Official Selection screens. Those large venues require masks but no negative results, and operate at full capacity. (“You can have COVID at this festival and see all the movies you want,” one attendee snarked to me.) And once crowds gathered indoors for the usual routine, it didn’t take much to create the impression of business as usual.

At the dinner, guests marveled at Foster’s command of French and debated Carax’s audacious movie, with some arguing that he had contempt for his audience (“I knew Fassbinder, and he’s no Fassbinder!,” said one) and others embracing the fierce creativity of an uncompromising artist. Much of the jury circulated the room, from Maggie Gyllenhaal to director Mati Diop, gearing up for 10 days of a three-film-per-day regiment that would culminate in their deliberation. For many, the gathering was an opportunity to speak about the past as much as the future, as they unpacked at the strange ride of the past year and change. 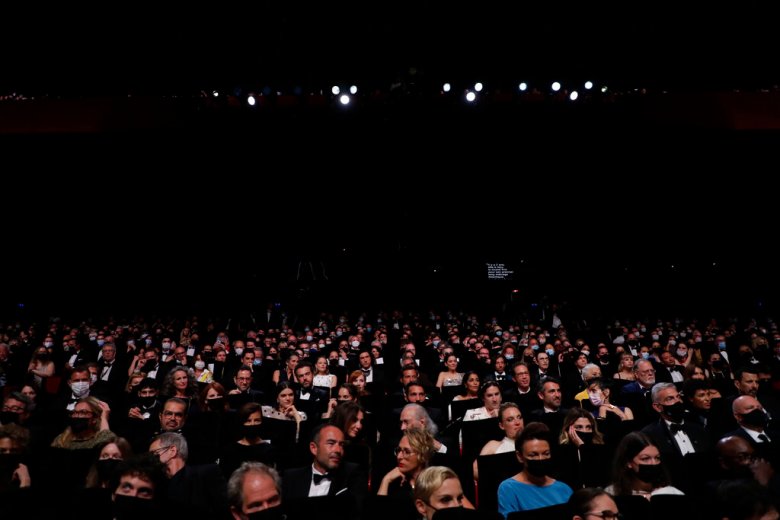 Almodovar, who accepted the Cannes invitation to travel down from Madrid to give Foster her honorary Palme d’Or, grinned over his recent completion of his Penelope Cruz drama “Parallel Mothers,” set to premiere in Spain in early September ahead of a Christmas release in the U.S. Bong, who shrugged off his Cannes speech as “kind of boring,” said he was nearly done writing one of two new projects (his live action effort comes next, following by an animated endeavor he expects to take several years). “O.J.: Made in America” director Ezra Edelman, head of the jury for the Golden Eye Documentary prize, took in his first Cannes experience and the pressure he had felt to accept the invite despite post-production obligations back in New York.

Un Certain Regard jury president Andrea Arnold spent the last four years immersed in the world of day-to-day bovine experiences for her experimental Cannes offering “Cow,” and was amused that the opening ceremony included a highlight reel of its films that sampled her project with a clip comprised of little more than that aforementioned cow staring at the camera. Brazilian director Kleber Mendonca Filho, whose country remains under lockdown as COVID numbers continue to swell under Bolsonaro’s mismanagement, quarantined ahead of the festival in France with wife Emilie Lesclaux. The filmmaker last attended Cannes with his Jury Prize winner “Bacurau,” but his movie theater experience was in early 2020 for a “Bacurau” Q&A, which I happened to moderate at the IFC Center. Theaters closed down a few days later and he just barely managed to get back home.

Other industry insiders looked to the future: Producer Ted Hope, who set up “Annette” at Amazon prior to his departure two years ago, looked downright giddy about his ability to return to the nuances of independent producing while maintaining a first-look Amazon deal. (He recently returned from the Mexico City shoot of Roger Ross Williams’ narrative debut, the Gael Garcia Bernal wrestling drama “Cassandro,” an Amazon project.) Sony Pictures Classics co-president Michael Barker, who has brought Eva Husson’s period drama “Mothering Sunday” to the festival out of competition, was combing through the lineup for undistributed options such as Ari Folman’s animated  “Who Is Anne Frank” and Norwegian director Joaquim Trier’s coming-of-age dramedy “The Worst Person in the World.”

As the catchups continued, the room was brimming with conversations about cinema that felt consistent with previous editions. “It’s like you fell asleep, dreamed for a year, and then you woke up,” Fremaux said as he welcomed guests at the door to the event, which took place in a tent at Palm Beach. He beamed over the continuation of the festival’s most familiar hallmark, the 3D bumper of the staircase and Cannes logo that precedes each screening. “The only we changed was the tickets!” he said, referring to the decision to turn the usual mangled process of ticketing at the festival into an all-digital affair this year. Despite some hiccups with the ticket request site, it was a welcome switch, though the mayhem outside “The Story of Film” as all ticket holders merged into a single unseemly line suggested there were still some kinks to iron out.

Still, it was a start. (“So may we start!” Cannes director Pierre Lescure told the room, quoting the Sparks song that opens “Annette.”) Another dinner attendee, Berlinale artistic director Carlo Chatrian, had barely gotten into the swing of his new gig in early 2020 — which marked my own final overseas trip before this one — when the pandemic took hold, and last February, one of the other more prominent European festivals went online. Chatrian said he saw positive results from local audiences from a recent summer showcase of the Berlinale selection that took the form of outdoor screenings, but the Cannes gathering gave him hope for something closer to business as usual by early next year.

But forget about next year. How about next week? For now, the Cannes machinery is chugging along, as crowds seem keen on assembling to argue about the nature of an art form always defined by its unsteady relationship to commerce. Film festivals remain an insular platform for cinema that may or not succeed with wider audiences. At the same time, the global success of “Parasite” following its Cannes launch in 2019 initially created speculation that the festival might continue to catapult international filmmaking talent to global recognition, and that cliffhanger dangled over the strange year to come. 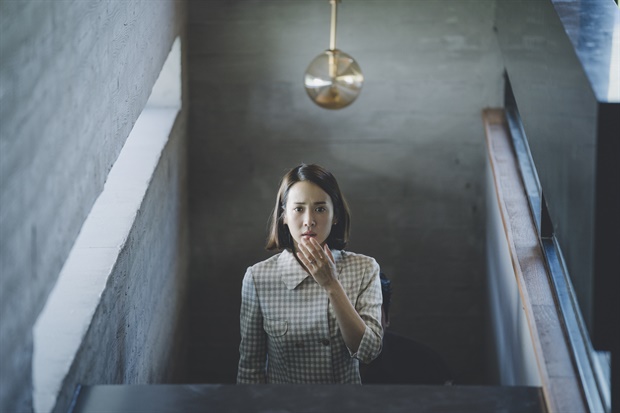 Yet even if the bulk of the movies at Cannes fail to became crossover hits, the festival’s purpose extends beyond that metric. Unlike the United States, festivals like Cannes are financed by government funds and exist in part as a kind of cultural imperative to keep cinema alive. That concept may have sounded precious in pre-COVID times, but it’s an essential one now, when the industry needs all the help it can get. It has left some to wonder how such a robust investment in the future of this art form might extend beyond 10 days in the south of France.

At the “Annette” after party on the rooftop of the Five Seas Hotel, one filmmaker suggested that Amazon would be best suited to look at its financial support for unconventional work like “Annette” as a charity effort. “Why not finance 100 movies like this? They have Monopoly money,” he said. “Why even pretend this is a business?”

The question hung in the air along with the smell of sweat, smoke, and booze on a rooftop altogether too crowded for its own good. It was time to call it a night. More festival would come the next day.