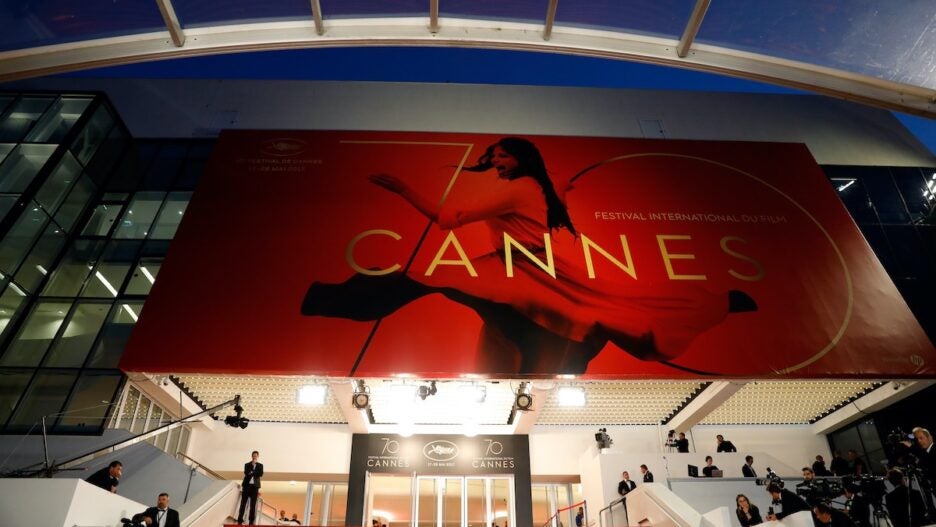 Paul Verhoeven, Oliver Stone, Sean Baker, Asghar Farhadi, Tom McCarthy and Sean Penn are among the directors who will be represented in the official selection of the 2021 Cannes Film Festival, which will take place from July 6-17 in the south of France.

Verhoeven, Baker and Farhadi will be represented in the main competition with “Benedetta,” “Red Rocket” and “A Hero,” respectively. “Spotlight” director McCarthy will screen his Matt Damon film “Stillwater” out of competition, while Stone will present the first two hours of his four-hour documentary about the John F. Kennedy assassination, “JFK Revisited: Through the Looking Glass.”

After the Cannes press release had been sent out and general delegate Thierry Fremaux and festival president Pierre Lescure had unveiled the lineup at a press conference on Thursday morning in Paris, Fremaux added that a 24th film had been added to the main competition: Sean Penn’s “Flag Day.” It is Penn’s first directorial effort since “The Last Face,” which premiered at the festival in 2016 to withering reviews.

Although the continuing pandemic caused Cannes organizers to postpone this year’s festival from its usual mid-May slot to early July, the festival is determined to take place physically, with attendees required to show proof of vaccination or a recent negative COVID test. Masks will also be required in the theaters, which under French law are permitted to operate at 100% capacity.

It will be the first full-scale Cannes since May 2019, when the event ended with “Parasite” winning the Palme d’Or. Last year’s festival was canceled completely, though Cannes did release a “Cannes 2020” list of films that it would have booked if it could have. A scaled-down festival took place in October, with largely outdoor screenings of four films from the official selection and a competition section of shorts.

This year’s lineup also included a new section, Cannes Premiere, where new films will be presented out of competition in the Salle Debussy, a smaller theater adjacent to the festival’s showcase venue, the Grand Theatre Lumiere.

(additional titles are being updated)