Cannes: Jim Jarmusch Confronts the End of the World Amid Faint Praise for His ‘The Dead Don’t Die’

It’s rare for a Cannes opener to be a Competition prize-winner. Opening nights at the Grand Auditorium Louis Lumière are designed for maximum red carpet impact and a global marketing launch. Cannes veteran Jim Jarmusch knows the drill.

Even with dark end-of-the-world overtones, a laidback horror comedy does not a Competition contender make. Jarmusch’s “The Dead Don’t Die” delivers some mild chuckles, and is saved by its cast of Jarmusch regulars, especially Bill Murray (“Broken Flowers”) and Adam Driver (“Paterson”) as two deadpan country cops, Tilda Swinton as a Scottish Samurai warrior, and Tom Waits as philosophical Hermit Bob. But it does not advance the zombie genre. Still, Focus Features will surely get an awareness boost from Cannes for this light-hearted entertainment with darker themes on its mind.

While Jarmusch admits that he grew up on Universal horror, Dario Argento and John Carpenter (both of whom he just met in Cannes), zombies are not his favorites: vampires are (Cannes entry “Only Lovers Left Alive,” also starring Swinton, is a better movie).

“The Dead Don’t Die” does honor zombie predecessor “Night of the Living Dead,” the filmmaker said at the Wednesday press conference. “Romero is our guide, we look up to George Romero. Zombies as a metaphor is so laden; the metaphor was stronger than I was aware of. Romero changed the idea of zombies and monsters too. The monsters in ‘Godzilla’ and ‘Frankenstein’ come from outside, while Romero zombies come from within the collapsing social structure.”

Clearly, Jarmusch’s own fears of corporate-driven consumerism and the eco-apocalypse fuel this fatalist movie, which confronts a threat that can’t be conquered. “Watching nature decline at unprecedented rates is terrifying and concerning,” he said. “And what concerns me is a failure to address something that threatens all living species in rapid decline. It disturbs me and scares me a lot.”

“Jarmusch lives in black and white,” said Murray. “It’s about shadows for him. It was a lot of day for night. He comes at you in the daytime but dressed as darkness.”

“I was trying to balance humor and darkness,” added Jarmusch. “We are in the midst of watching our climate being in grave danger now. I am not trying to tell anyone what to do or think, but the appreciation of human consciousness is so incredibly beautiful. … I wanted in the film not just the fatalism, the darkness, but without jokes or comic things it would be very difficult to stay alive as humans in my opinion. Whatever the film is, I don’t know. We did our best.” 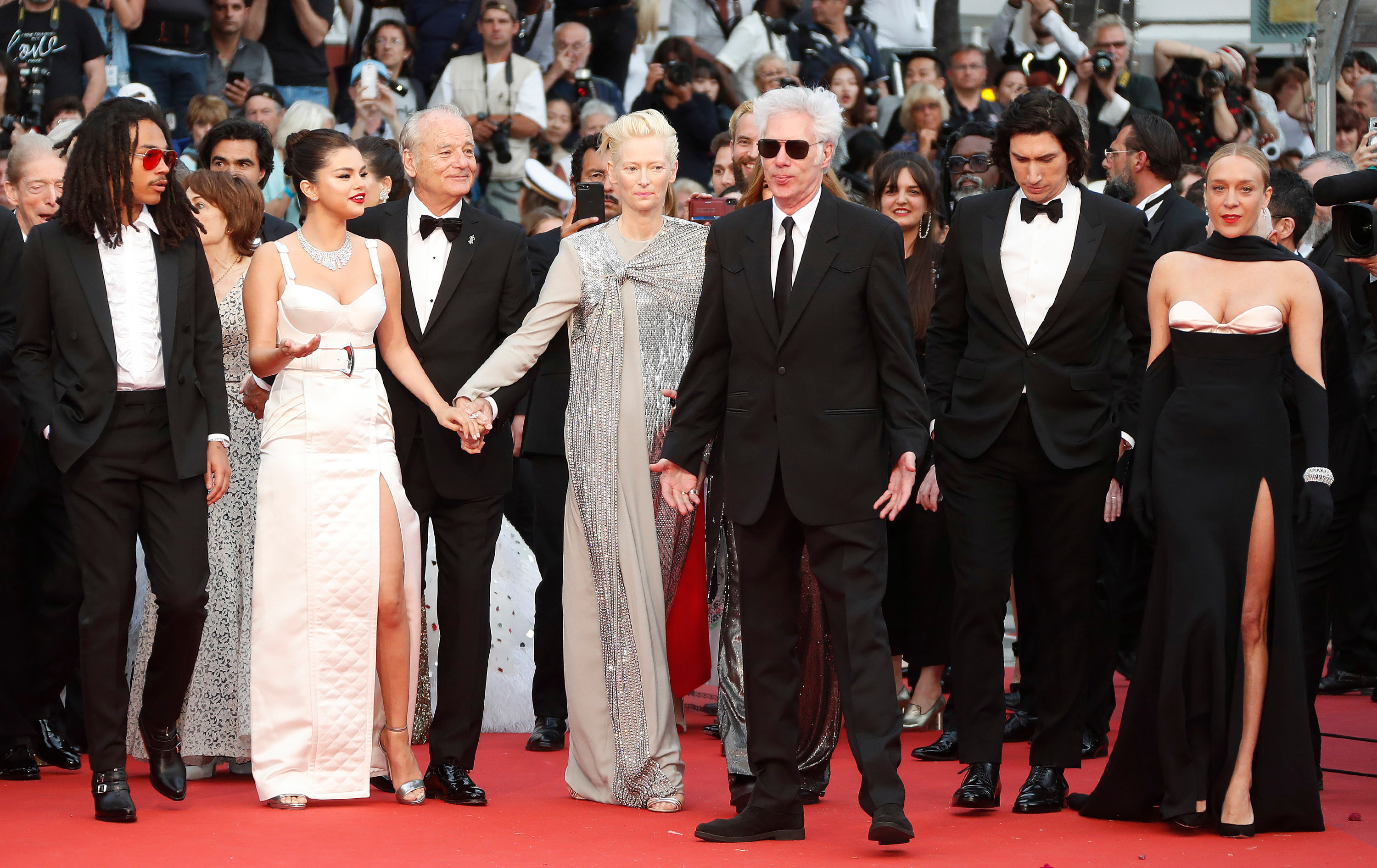 “My concern for the planet is demonstrated on the film and the people I work with on a film,” said Murray. “This is how I operate, my opportunity, what I bring the most of myself to. This is my little ice floe that I stand on and I hope it doesn’t melt. I believe in life after death but not for everyone. Head’s up. Some of you I might see and some of you I might not.”

Later, Swinton smoothly fielded the daily women in film query: “Women have been making films for eleven decades now. There are countless films by women out here. The question is why don’t we know about them. We know the great male masters. We need to look at the canon and appreciate it and screen it and buy tickets to film by women. It’s not some other thing out there we have to find. We have to pay attention to it and bring it up.”

Focus Features will release “The Dead Don’t Die” in theaters on June 14.