CASEY  Batchelor showed off her flexible yoga moves that helped her lose two and a half stone.

The glamour model, 36, looked sensational in a pair of tiny green shorts and a matching crop top. 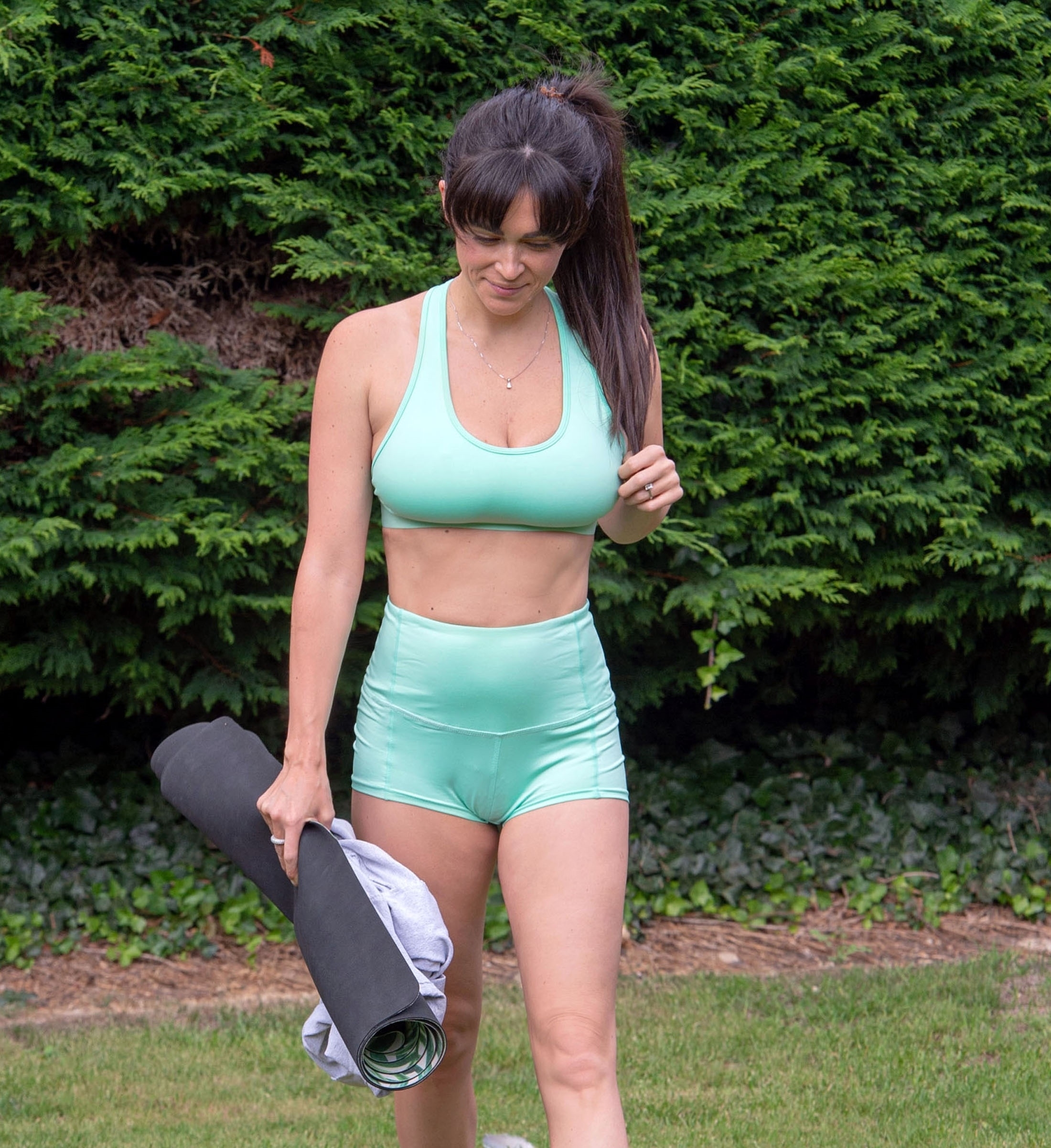 The star unveiled her rock hard abs and her incredibly toned thighs during the outdoors yoga session.

Casey wore her brunette locks in a ponytail as she demonstrated a range of yoga stretches.

The model has reinvented herself as a yoga instructor and it looks like it has paid off judging by how flexible she is.

The TV star has posted a series of workouts on her social media showing off her incredible weight loss. 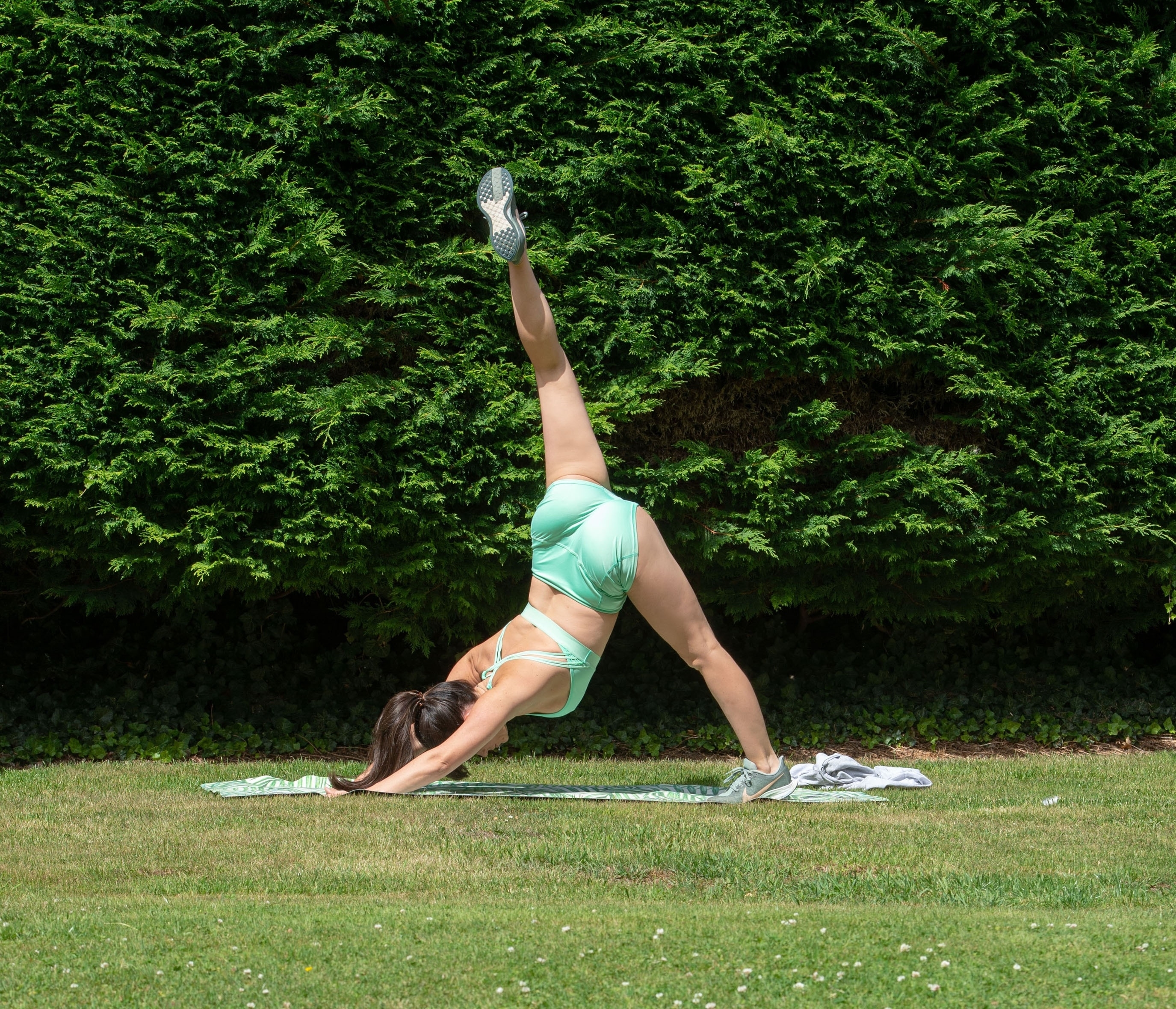 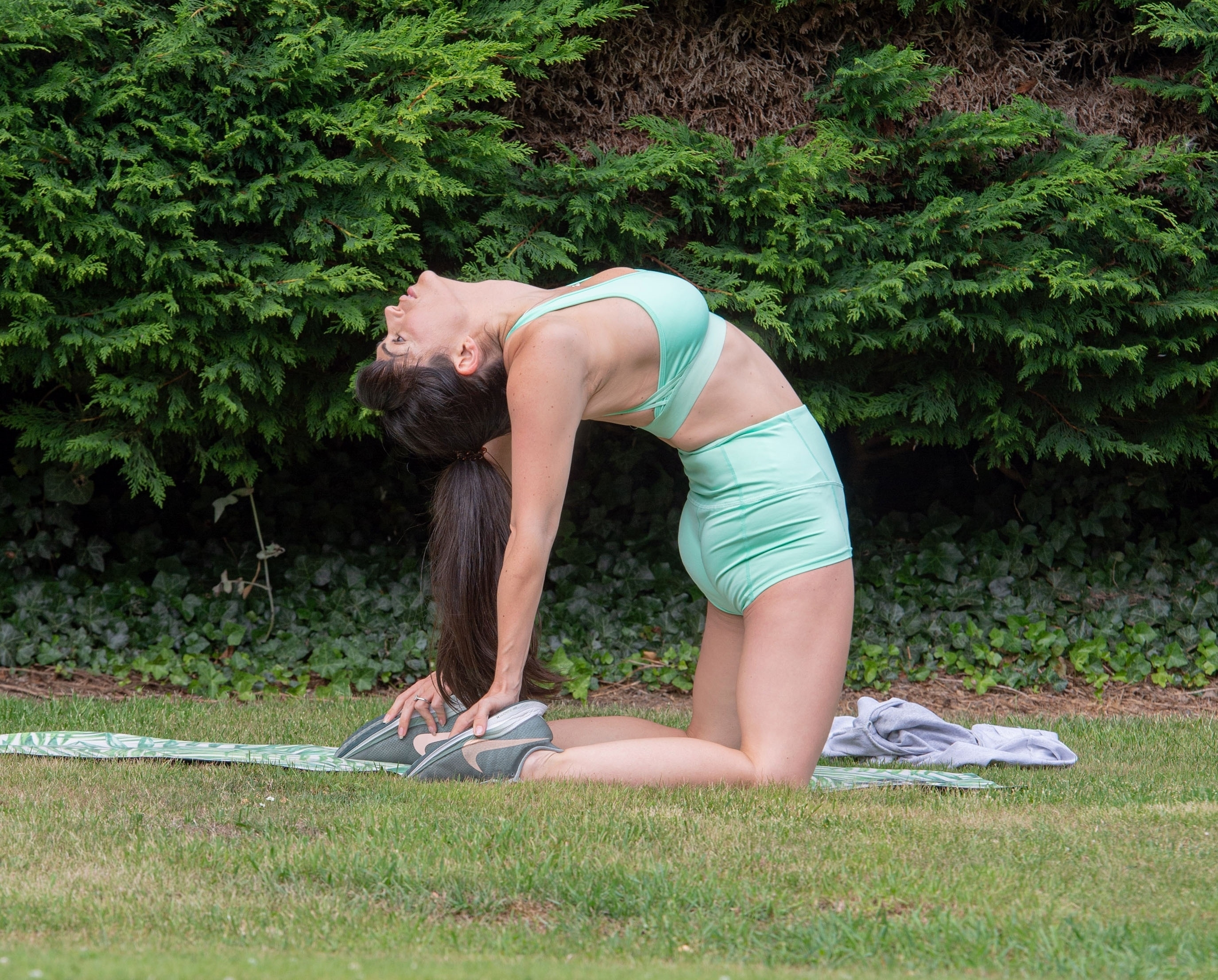 Casey updated her followers on her progress in a before and after snap, and wrote: “OMG! Just realised I’ve lost 6 and a half stone in the last 2 years!! This is my second Yoga Blitz transformation after bubba number 2 but of course first time round I lost 4 stone.

“I used my 90 Day Challenge with both and followed up with Bikini Blitz. You can’t say I don’t test drive my own plans lol! Start your transformation – I will be with you every step of the way.”

Fans flocked to comment, with one writing: “Wow. You look amazing.”

Another posted: “This is serious inspiration.” 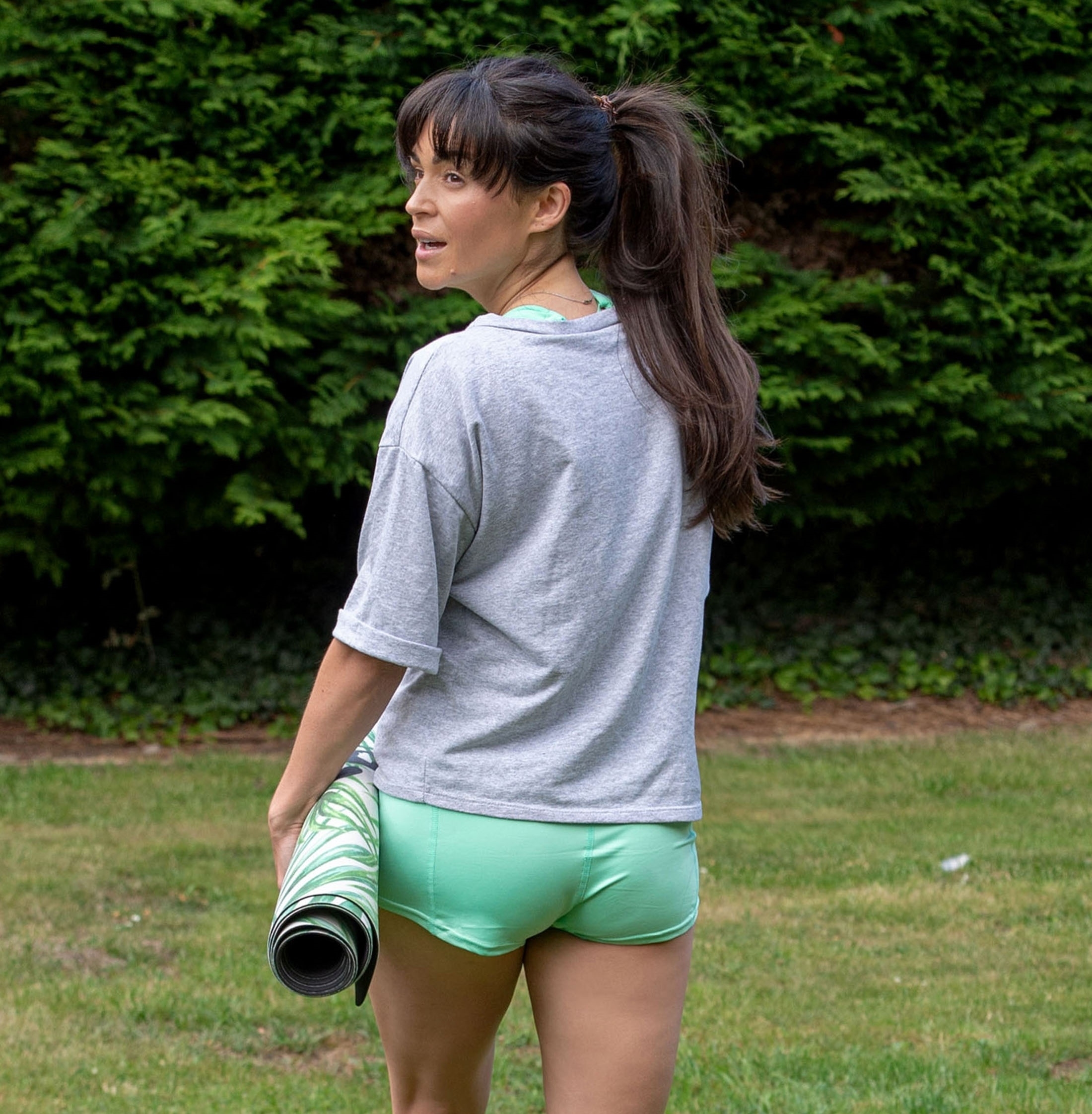 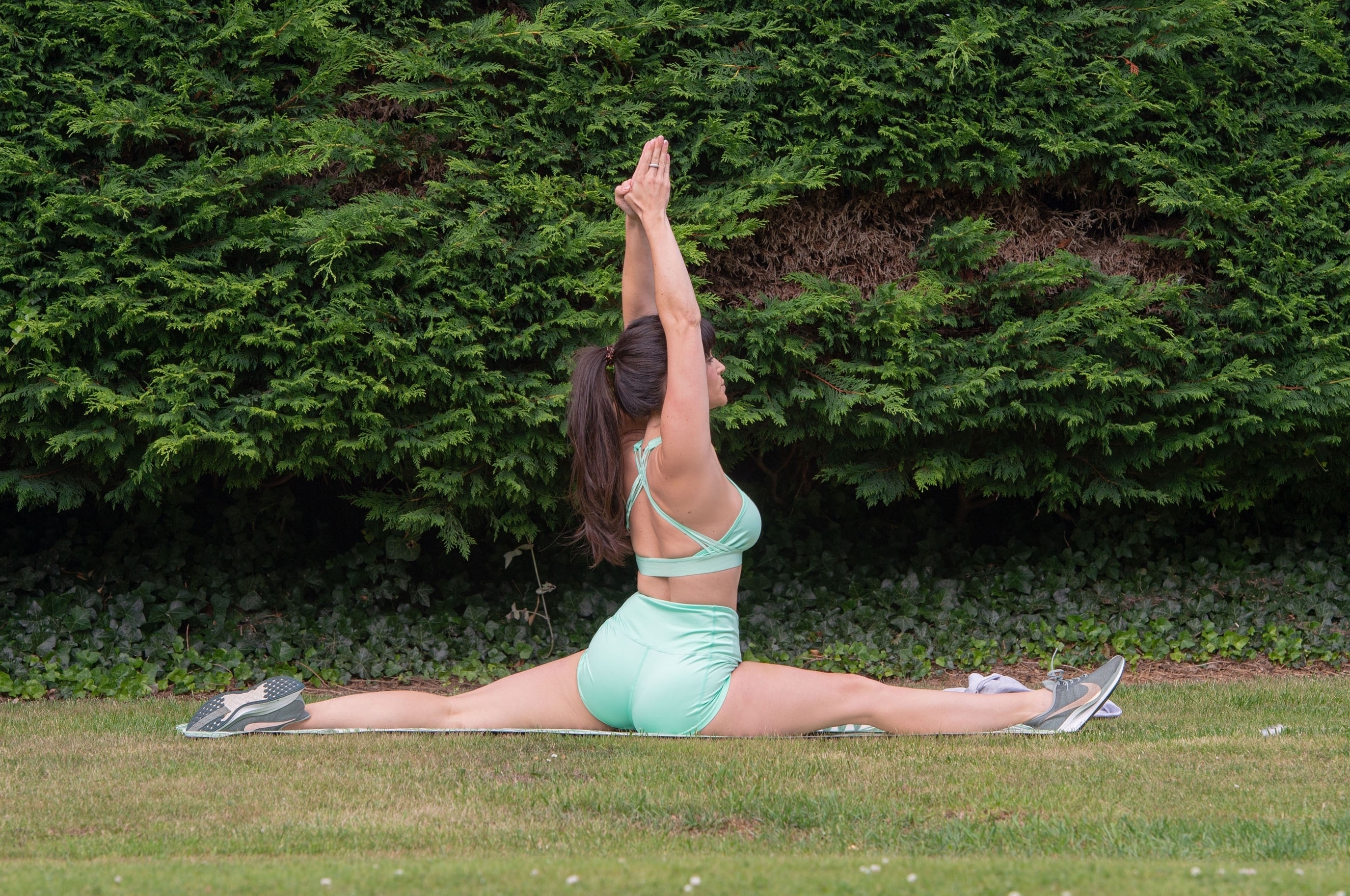 Casey recently flaunted her trim physique in a two-piece on holiday in Lake Como while holidaying Italy with fiancé Dane Goodson.

The star said that she needed the break as she was feeling “quite depressed” after looking after her newborn in lockdown.

She wrote: “Goodbye to this amazing place, we shall definitely be back again 💛 . I can’t tell you how much I needed this break, but of course I’ve missed my girls so much. Back to mummy duties it is, and I am actually looking forward to it 💛. 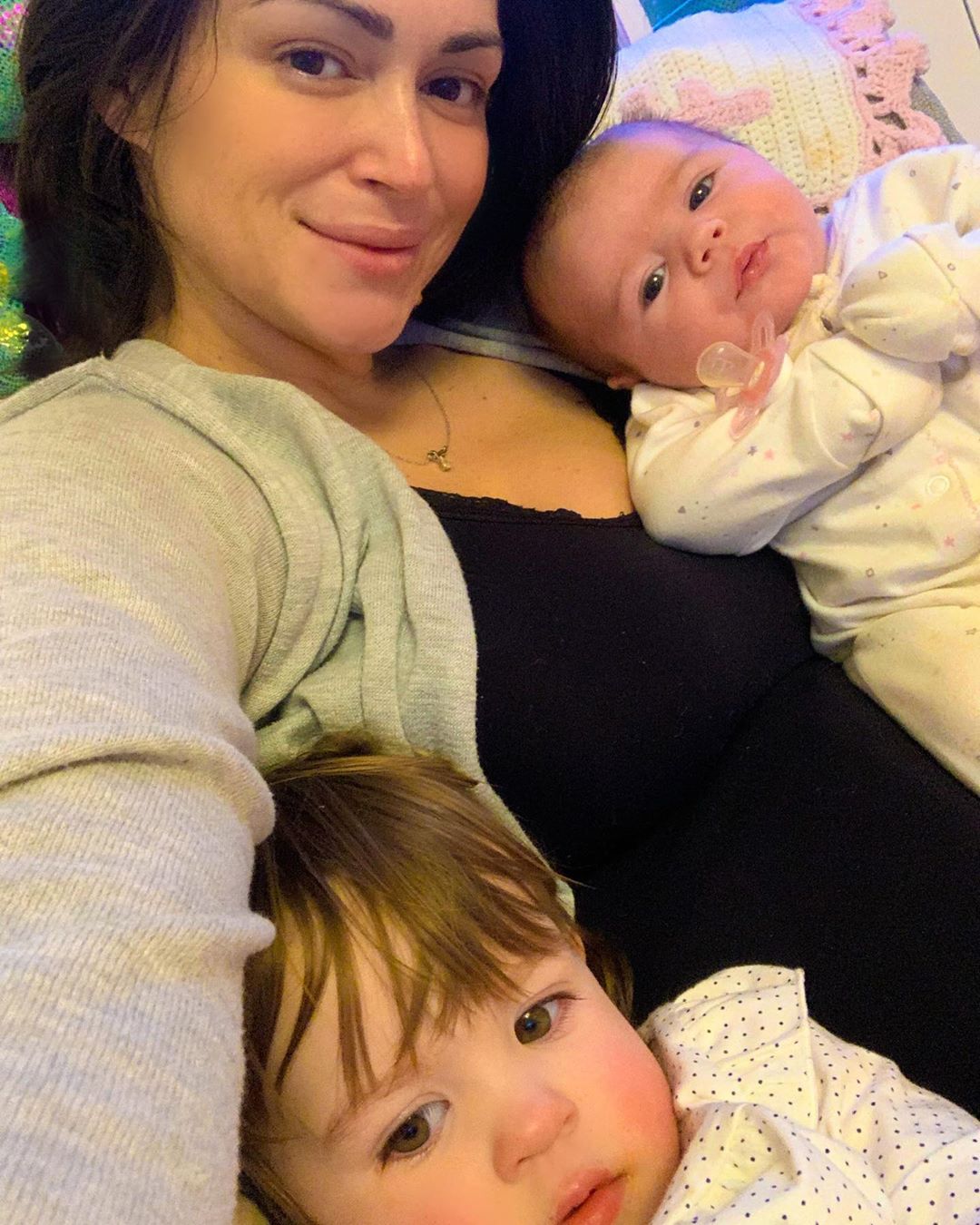 “Before this break I honestly felt quite depressed, like Groundhog Day, having lockdown, and having a baby in lockdown with a toddler was so tough and very testing! 💛.

“This break has given me back my good vibes, my appreciation for everything and just a full recharge 💛.”

The model explained that she was proud of her “mum tums and crinkles” and that he sunshine filled getaway was giving her “good vibes”.

She continued: “Having breaks or just a full day and night off is so important, especially for our mental health. I definitely had mum guilt for leaving them. 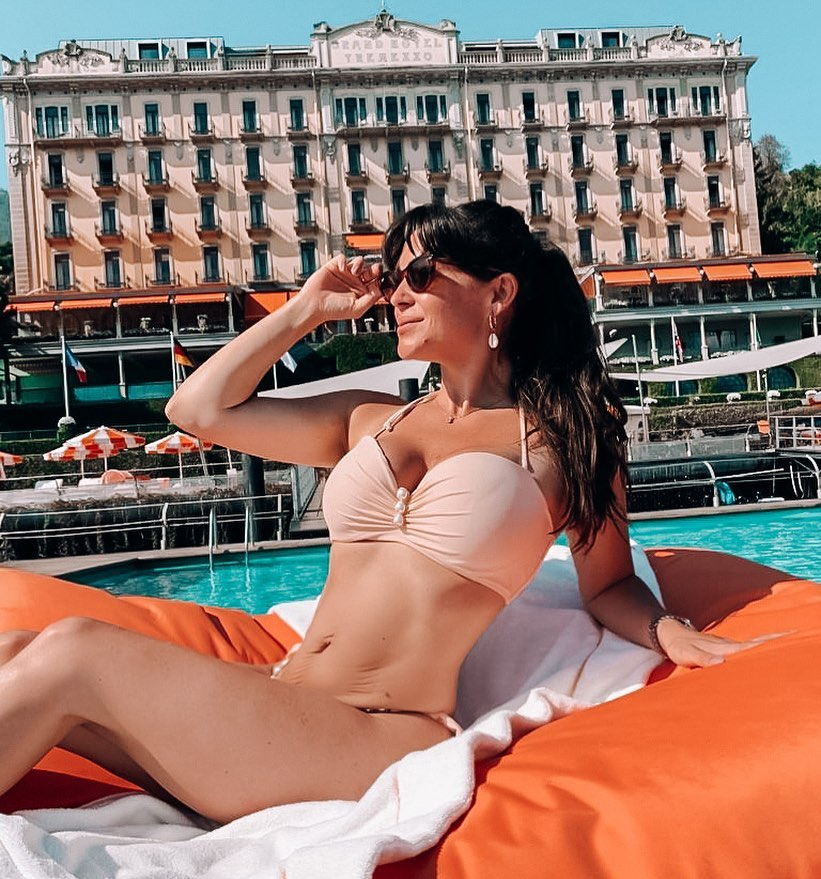 "But now I feel I’m a mum with my spring back in my step. 💛. P.S Yes my mum crinkles ‘’mum tum” are back on show and proud 💛 @ghtlakecomo #lakecomo #minibreak #mumanddadbreak #justwhatineeded.”

The Essex star ditched her party lifestyle in 2017 to complete an intensive three-week course and become a yoga instructor.

The former party girl previously revealed that she has traded drinking for meditation and veganism. 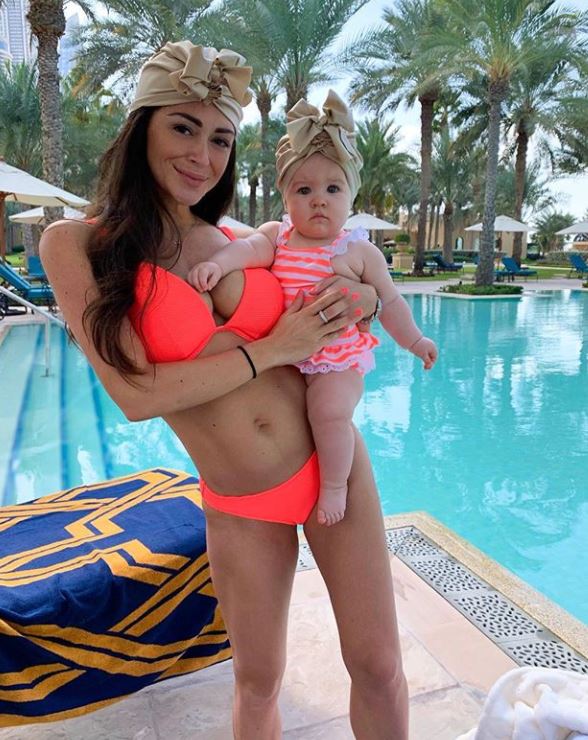 Speaking to The Sun at the time, she said: “I went vegan and stopped drinking.

“I used to be a party girl but I barely touch alcohol now.

“I feel like I’ve been reborn. Meditation has changed my life, I don’t get stressed any more.”

Casey, who was in Celebrity Big Brother in 2014, admitted sex was better than ever thanks to her new-found flexibility. 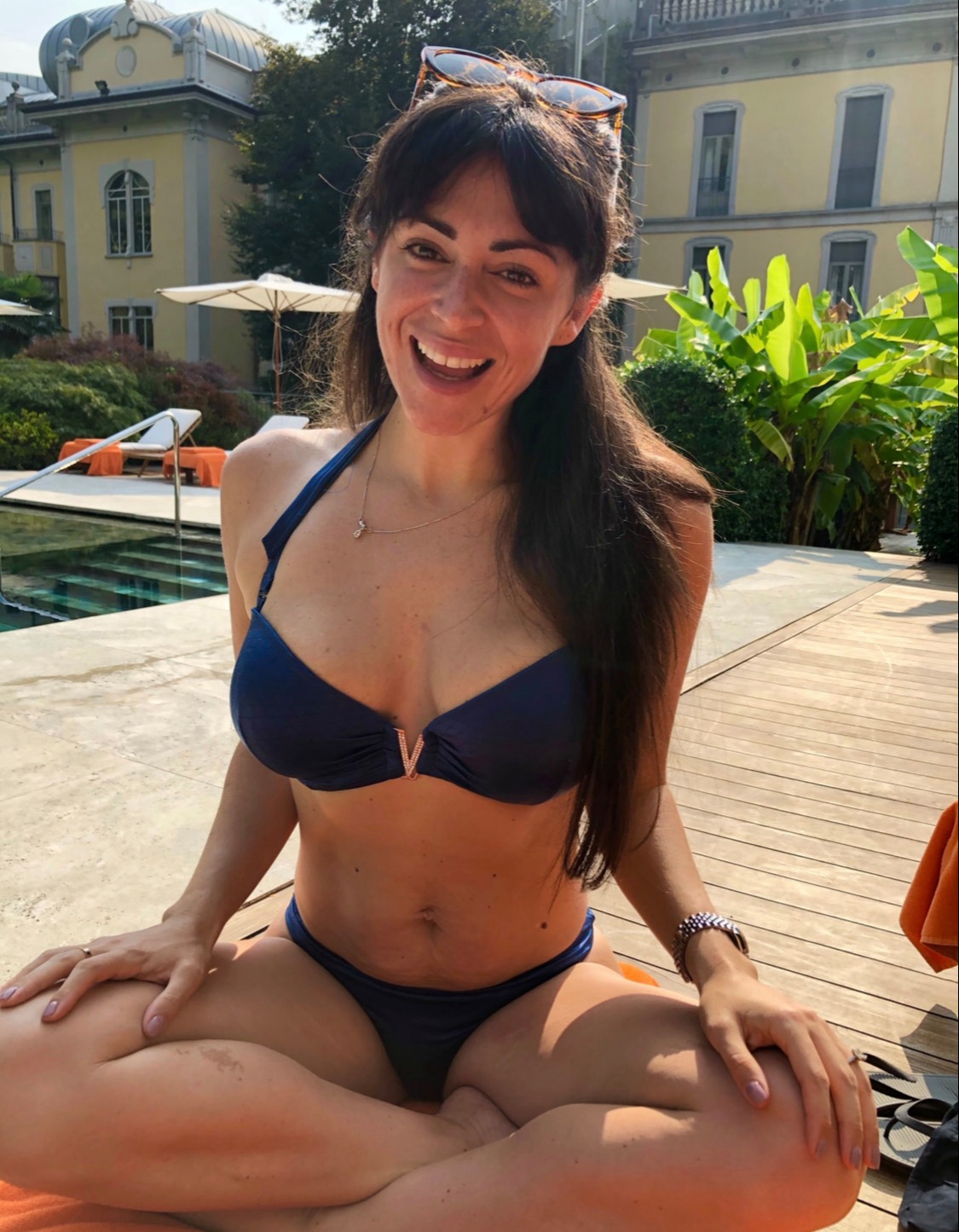 She said: “My boyfriend loves it when I do yoga in a crop top and tiny shorts.”

Casey previously put on four stone while pregnant with her first daughter Florence.

Following Florence's birth, she launched her own weight loss plan and yoga workouts in a bid to shed the pounds.

Casey announced the happy news that she had given birth to her second child, daughter Sadie, with fiancé Dane in January – they also share two-year-old daughter Florence.