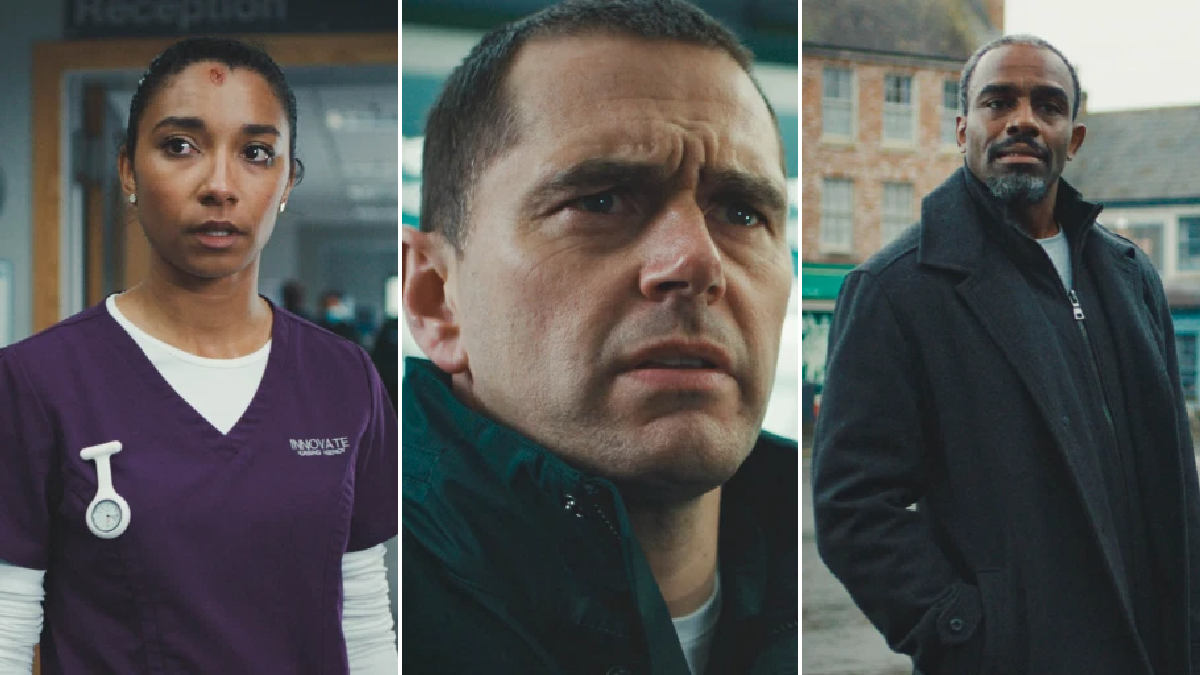 Casualty viewers have recently seen that the relationship between Jacob (Charles Venn) and Tina (Adele James) is frighteningly dysfunctional, with Tina’s behaviour towards Jacob getting more and more controlling and even violent. His response has been to try to placate her – by asking her to move in with him and then recently proposing to her.

Now, as the wedding preparations are under way, it’s clear that this hasn’t been enough for Tina. She’s angry about almost everything Jacob does, including any plans he makes for the wedding. ‘Tell me what you want and I’ll do it,’ he says in a desperate attempt to keep her calm.

So far the two of them have managed to keep the troubles of their relationship away from other people, but when Jacob asks Iain (Michael Stevenson) to be his best man, Iain is disturbed to see the tell-tale signs that something is wrong with Jacob and Tina’s relationship. Will Iain be able to help – or will his intervention risk making things worse?

Tired of waiting for better work opportunities to come her way, Jade (Gabriella Leon) decides to be assertive and push herself forward at work. This leads to her working with Stevie (Elinor Lawless) for the day. When a patient is abusive to Jade because of her deafness, Stevie isn’t exactly supportive, but Jade gives her an insight into what her life is really like.

The new series begins Saturday 8.45pm on BBC One. pic.twitter.com/ssSalGwZkI

As Stevie’s respect for Jade grows, Jade shares a secret which she hasn’t told anyone before – and Stevie is rocked to the core by what she hears.

Iain and Teddy (Milo Clarke) get a call about a homeless man living in the woods. As they try to deal with his medical needs, Teddy is shocked by how he’s been living and wants to do something to help.

Sue Haasler is the author of five novels and the official BBC Holby City book, which you can read about here.