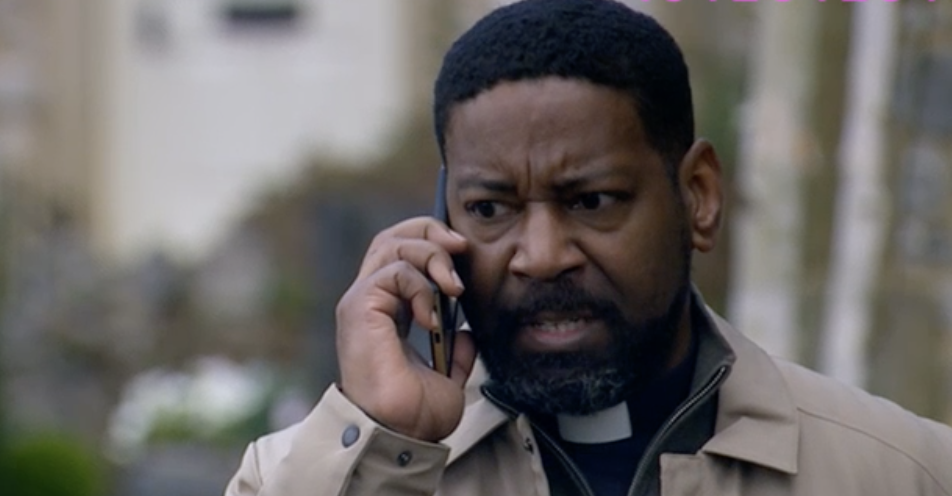 The newcomer of the ITV soap has been desperate to figure out why Ethan has been evading him as of late.

Manpreet Sharma (Rebecca Sarker), at last, gave him the answers he craved, as she explained that Ethan has been desperately looking for his mum.

Viewers will know that Ethan’s mother abandoned him when he was a child, and Charles has refused to discuss the matter ever since.

With his dad unable to give him the answers he needs, Ethan decided to search for his mum himself, and Manpreet offered to assist.

Manpreet, meanwhile, made quite the discovery herself in tonight’s edition of the ITV soap, as she realised Meena Jutla (Paige Sandhu) had been masquerading as Ethan’s mum this whole time.

The village GP marched her sister around to the church to explain to Charles what she had been up to.

Charles, however, apologised to Manpreet for berating her for assisting Ethan, claiming her efforts inadvertently resulted in Ethan opening up to him for the first time in years.

Manpreet, unable to destroy Charles’ happiness, refrained from spilling the beans about Meena’s sick actions – especially given that Ethan had decided stop contacting his ‘mum’.

Manpreet therefore forced Meena to destroy the phone she’d been messaging Ethan on.

Charles, meanwhile, made a call to the very same phone number, telling Ethan’s ‘mum’, to ‘stay away’, but not only for Ethan’s sake – but for his sake also.

Viewers have speculated that Charles knows more about Ethan’s mum’s disappearance than he’s letting on – could this clue have confirmed such a thing?

It appears as if there is, in fact, a reason as to why he doesn’t want his son to communicate with his mum.

The question is: what is he hiding?

Emmerdale continues Monday May 10 at 7pm on ITV.