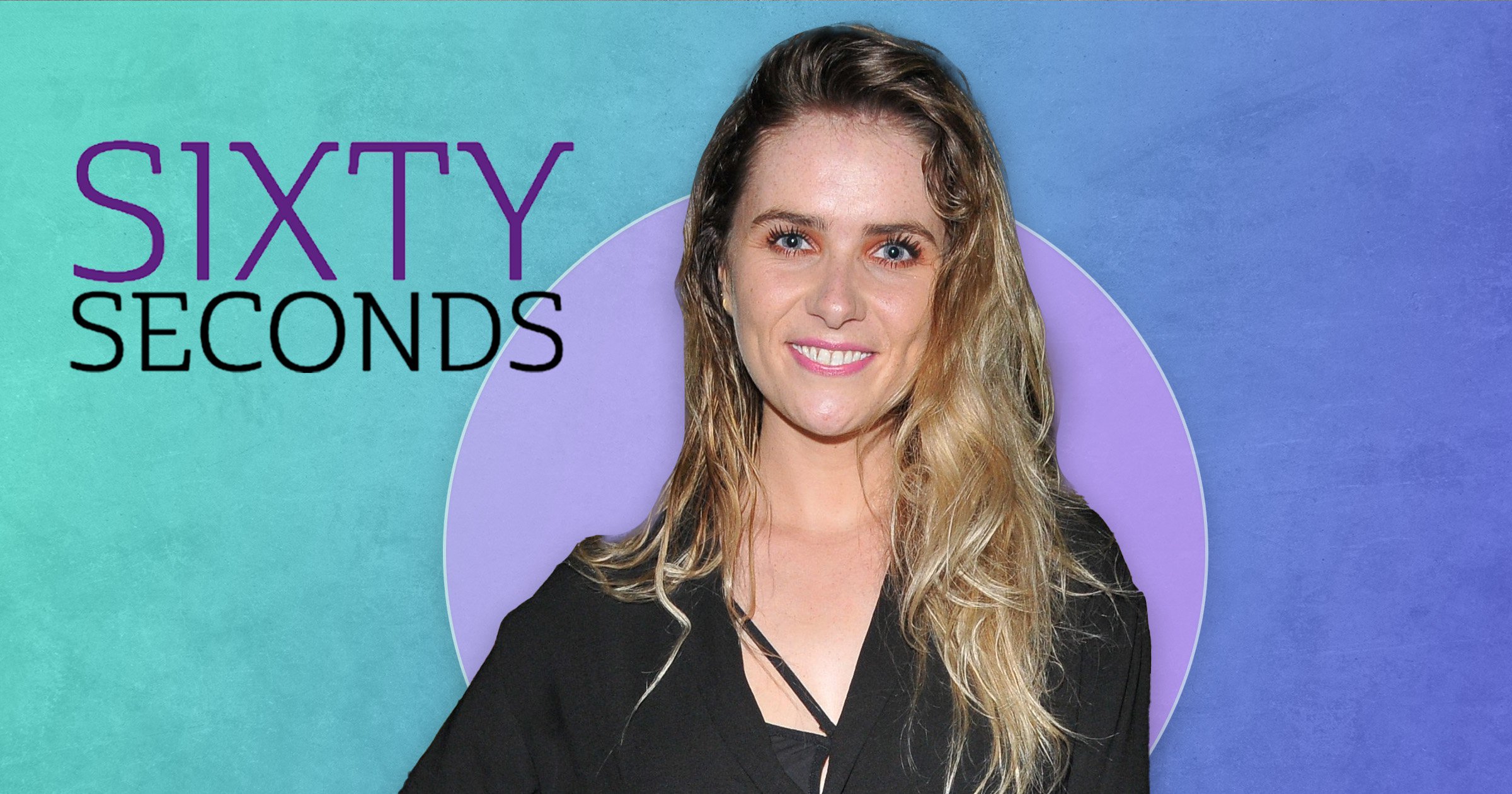 The ex-Emmerdale actress, 30, on being a child star, following in her aunt’s footsteps and her role in musical Waitress.

You just started touring with the musical Waitress…

I auditioned in March 2020 and found out I’d got the role last September so that was 18 months! It was a really long wait so I’m very excited.

I’d said goodbye to the job in my head because they announced the cast and I saw that Lucie Jones had got the role of Jenna and I assumed that opportunity was gone.

Then I got a call saying that Lucie had done the start and actually I was doing the rest of the tour.

What will you miss the most while away?

I’ve never done a tour before. I’ll really miss my fiancé, James [actor James Baxter], and our dog, especially after 18 months of being in each other’s pockets and being able take the dog for a big walk every day. We’ve spent so much quality time together during the pandemic.

Waitress is billed as a romantic musical comedy…

It’s about friendship and love. I play Jenna, who works as a waitress in a diner with her two really good friends, Becky and Dawn. Jenna bakes all of her problems into her pies rather than face them.

She’s in a very unhappy marriage and she feels quite trapped. A new doctor, played by Matt Willis, comes to town.

She finds that she’s pregnant so she books an appointment. The doctor is not only really good-looking but also warm and lovely, and she’s never really had a man like that in her life. It makes her face up to her problems.

It’s got a lot of heart and it shows that people are flawed, which is really unusual for a musical.

Do you come from a show-business family?

My aunt [actress Jill Halfpenny] was the first person in our family to join the entertainment industry.

As a child, I really looked up to Jill and her life seemed really cool. She lived in London and she did all these fun jobs. I liked singing and acting and seeing someone from a similar background doing it, and being successful spurred me on.

Isn’t your mum a bit of an entertainer too?

She’s a teacher but she’s a DJ on the side. She loves music. She plays northern soul and funk in bars.

Where does the name Halfpenny come from?

I did the ancestry DNA test and all it basically told me is that I’m fully pure Geordie. I was really hoping for something exotic in there but every generation before me was based in Gateshead.

Why did you leave your role as Amy Wyatt in Emmerdale?

I absolutely loved it. I only left because I was 22 — I was young and wanted to try other things. My character is back now but it’s not me playing her. Over the years they had asked if I wanted to return a couple of times and I’d said no.

Then two years ago they rang and said they’d love my family to come back. Either I went back then or I said goodbye to the role and they would recast it with another actress.

Saying goodbye felt the better decision as I wanted to play other parts.

Weren’t you a child star?

I got my first professional job when I was ten — I was in Byker Grove for four years — so I don’t really remember not acting.

Even before that, I liked being a show-off. From the age of seven I’d put on shows for people in my street. They had to pay 30p and bring a dining room chair, and come and watch me sing and dance to pop songs.

Ant and Dec made their names in Byker Grove too…

That was about 16 years before me. Jill did it with them. They did the first four years and I did the last four years.

It was an amazing time. I was surrounded by a lot of adults, which makes you grow up quicker. They were long filming days and I fell asleep on set a few times but I got to miss school sometimes, which was good.

We had a tutor on set but at least I wasn’t having to sit in class and listen to my science teacher.

We hear you were once in a girl band called Vevo…

I was 16, and me and my college friends said, ‘Shall we make a girl group?’ We entered Open Mike UK. We got to the final but, wow, we were crap! I wish there was video evidence because I would love to watch it. We did full choreography — it was pretty terrible!

How did you feel about turning 30?

I’d just got the role of Jenna in Waitress and I’d got engaged a few months before. These milestone birthdays can be really scary but I feel in a really good place.

I want to get married, buy a nice home together and pop out a couple of children.

Professionally I’d love to play Elle Woods in Legally Blonde and I’d also like to appear in a TV drama based on a real person — I think it would be interesting to study someone and look into their life and idiosyncrasies.

For tickets for the UK tour of Waitress, see waitressthemusical.co.uk