Former Chicago PD star Jon Seda has hinted at a potential return to the One Chicago franchise – and fans are overjoyed!

The actor, who played Antonio Dawson in the procedural series, reacted to a fan’s plea for him to make a comeback.

The tweet read: “@JonSeda @WolfEnt Pretty Please? ALL I WANT FOR CHRISTMAS IS ANTONIO back on #ChicagoPd Please?”

Jon was quick to reply to the message, suggesting a crossover between One Chicago and NBC’s sci-fi drama, La Brea, which he is currently starring in. He wrote: “Maybe there’s a portal that leads to Chicago?” before adding a winking face emoji and the hashtags: “#crossover #LaBrea #onechicago @nbc”.

Fans took to the comments section to express their excitement, with one person writing: “That would really be fabulous,” while another added: “OMG! This is the best answer. I’d definitely watch that crossover.”

READ: Meet the cast of Chicago Fire and their real-life partners

A third follower commented: “Would love that,” while another added: “We miss you, Jon!! Chicago PD hasn’t been the same since Antonio left.” 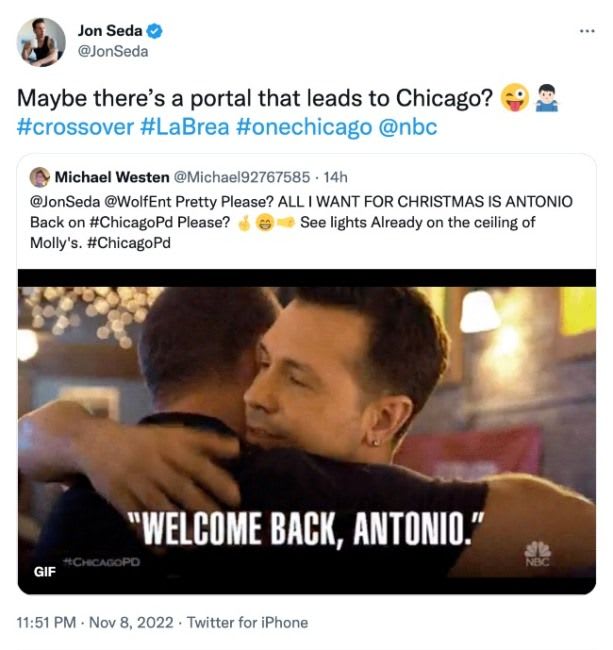 Jon teased a potential return to the franchise

Dedicated to the franchise, Jon appeared in three One Chicago shows from 2012 – 2019, starring in Chicago Fire and Chicago Justice, as well as Chicago P.D.

The 52-year-old made his final appearance in the season six finale of Chicago P.D, and in the premiere of series seven, fans learned that Antonio had decided to resign from the Intelligence team, relocating to Puerto Rico to be nearer his family.

At the time of his departure, Deadline reported that the star had left the show due to “creative reasons related to the character’s story evolution”. 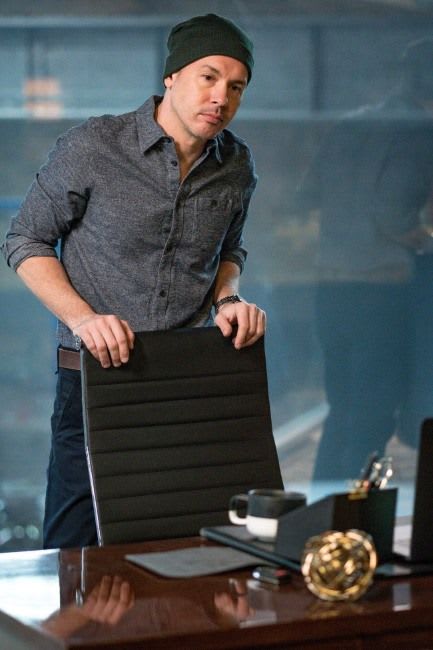 The outlet reported that the show’s producers felt that Jon’s character had been “played out”. It was also noted that Jon was well-liked by the producers and could appear in another Dick Wolf show at a later date.

The actor is currently starring in NBC’s La Brea, in which he plays Dr. Sam Velez. The show, which is set in LA, sees a massive sinkhole open in the middle of the city, separating a family between two worlds and unleashing an unexplainable primeval world.