BBC’s veteran TV presenter Clive Myrie has opened up about how the Russia-Ukraine war is ‘on a different scale’ to anything he’s seen before, in a moving segment on the One Show.

Clive recently returned from Ukraine, where he’d been covering the ongoing invasion of the country.

He came back to the UK after reporting on the front line in Kyiv, explaining that he was fleeing to Moldova before his return.

This evening, he appeared on the One Show alongside presenters Alex Jones and Jermaine Jenas to discuss his experiences.

Speaking to the hosts, he praised his fellow reporters, saying: ‘There are anything from 15-20 BBC personnel out there, and they’re doing an amazing job. 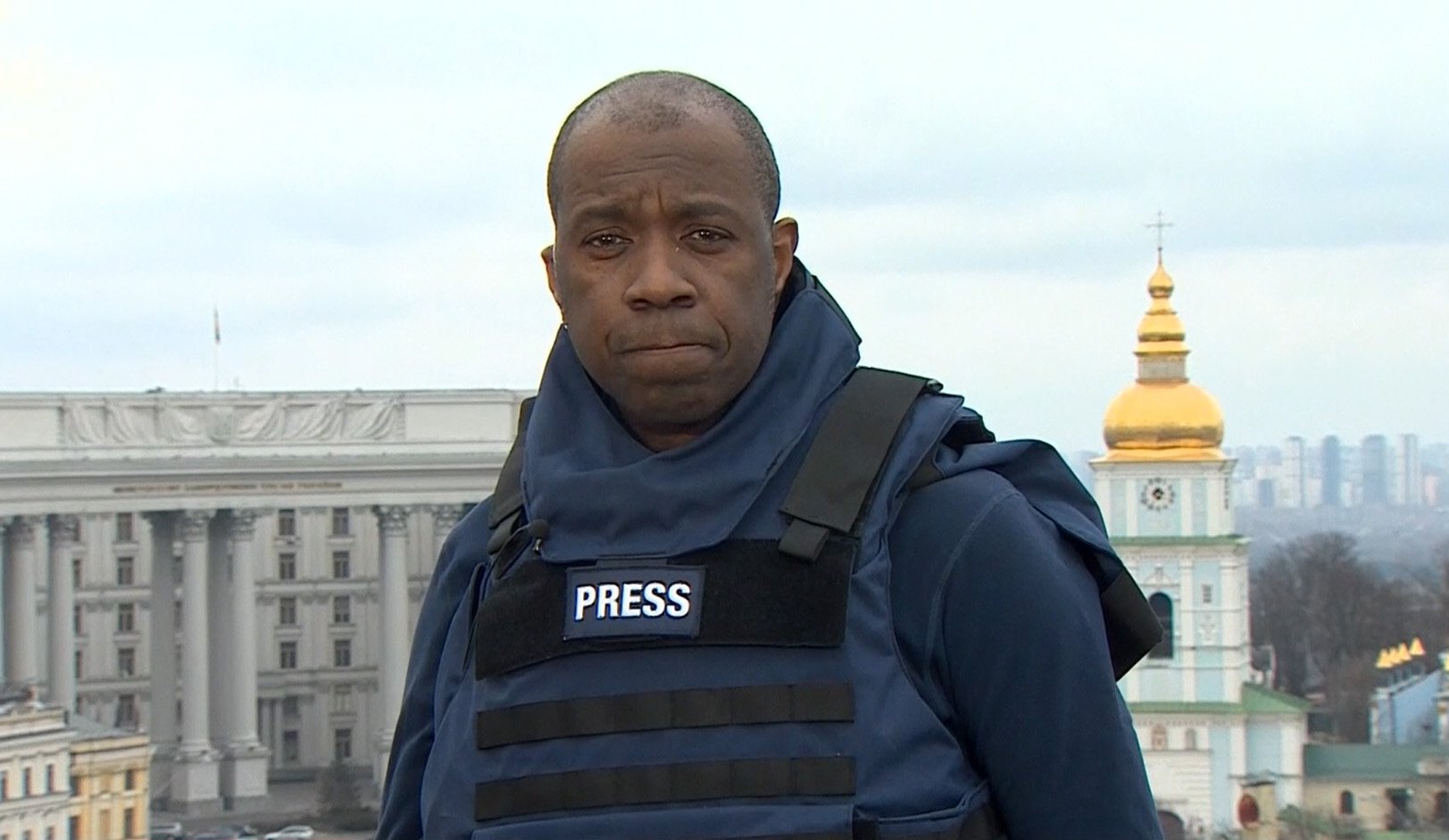 Speaking about his own career, he continued: ‘I’ve been a reporter for 30 odd years, and I’ve covered conflicts such as the Rohingya, and most recently in Yemen and in Bangladesh, with the Rohingya issue there.

‘And when you’ve got two armies going at each other like that there’s going to be a lot of damage.

‘The situation was bad when I left a few days ago, but it is now clear that it is getting a lot lot worse with the clearly indiscriminate attacks on residential areas, and hospitals and schools.

‘This is really turning into total warfare, which is something that this continent hasn’t seen since the end of the Second World War.

‘So how do you prepare for that? I’m not sure you ever can!’

Clive also took the opportunity to praise the ‘strength’ of the people of Ukraine, as he said: ‘That’s the thing that hits you, the sense of resolve and mental strength of the people certainly that I encountered, exhibited.

‘And the idea that they’re facing the second biggest army an army that is intent on retaking this land, it’s really humbling.

‘It’s incredible to see, but it also sadly suggests that this is going to be a bloody fight to the end because they are putting up such stiff resistance.

‘And the Russian army the way that it’s behaved in previous wars, including in Chechnya and Syria, it shoots first and asks questions later, and that’s the tragedy here.’

When the invasion began, Clive was forced to swiftly don a flak jacket while interrupted by an air raid siren during a live broadcast.

He later told the PA news agency: ‘You’ve got to be aware that you are in the middle of a war zone, a live war zone, and anything could happen.

‘None of us are stupid enough to stay out there reporting while bullets are raining down, that would be madness and frankly no story is worth that, but the advice was we could still keep broadcasting as long as we took the minimal protection of putting on safety gear.

‘So that’s what we did and it meant we could continue telling the story, getting that across to our viewers so that they understand what is going on.’