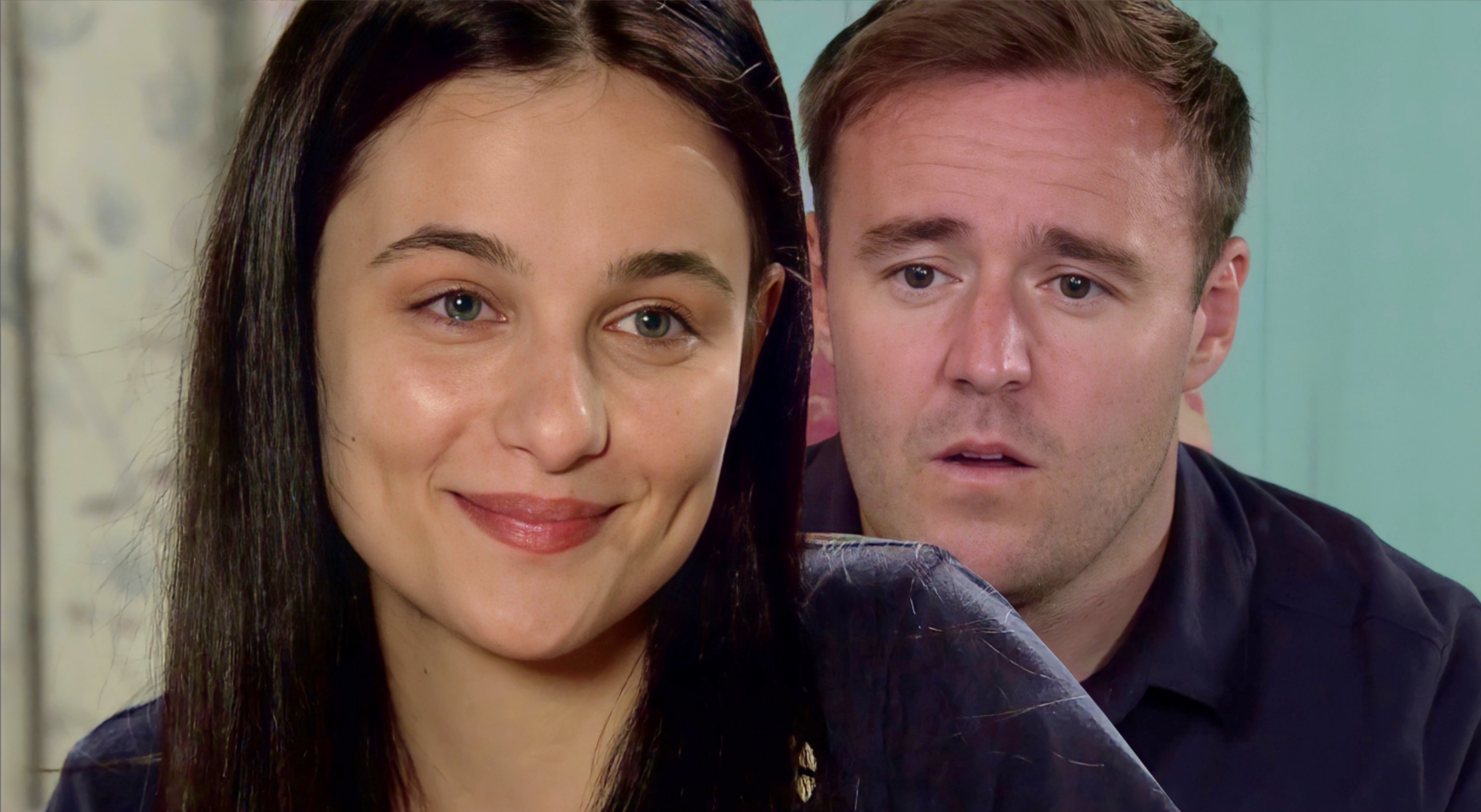 When Alina Pop left Coronation Street after ending the whirlwind relationship with Tyrone Dobbs, she kept it to herself that she is pregnant with his baby.

But a ticking timebomb like this is bound to be revisited one day. As Tyrone focuses on trying to reunite with Fiz Stape (Jennie McAlpine), he is completely unaware that there is a major shock just waiting to knock him for six.

Asked whether Alina may return, Alan Halsall pondered the topic with Metro.co.uk.

He mused: ‘It’s a secret that the audience know. Tyrone doesn’t know she is pregnant. Alina will be the furthest thing from his mind, all he is thinking about Fiz and the kids.

‘As I say he is concentrating on being himself and getting his life back.’

Little does he know that Alina has the power to wreck all of that.

As Alan said, his alter ego is determined to win Fiz back – but a drunken Christmas kiss is the wrong way to go about it.

The actor sighed: ‘This was all his own making, the grass was greener with Alina, that rhymes – but it hits him in the face every time he sees Fiz and the kids. He is sure of what he wants but there’s a very tall obstacle.

‘He’s not in high spirits to  begin with – he is having fish cakes with his nana. Fiz and the girls are on his mind and Evelyn is telling him it’s all his fault. So seeing them makes his Christmas

‘With the kiss it’s a mixture of everything – he’s had some drinks, he feels settled in that house when they were together, he’s been around the kids and he misreads the situation, as Ty is very capable of any situation!’

He said: ‘Well right now, Fiz should be with Phill while Tyrone gets his act together.

‘I still see Tyrone and Fiz as the forever – their names go together. But this is soap it could go anywhere.’