Johnny (played by Richard Hawley) has been suffering from many complications of his multiple sclerosis diagnosis since being put behind bars earlier this year on Coronation Street. As well as going blind, he is also struggling with his mobility which is a main symptom of the debilitating illness. However, after the doctor explained he wasn’t getting any better in the latest episode of the ITV soap, he asked his wife Jenny Connor (Sally Ann Matthews) to prepare for the worst.

The Rovers Return landlady paid a visit to her husband to hear what the medical professionals had to say about his health.

Although Jenny was trying to remain upbeat, her other half look defeated as he brought her back down to Earth.

Revealing the heartbreaking news, Johnny said: “Jenny, it’s not good news. I’ve been to the hospital and the steroid treatment isn’t working.

“And they’ve found a new brain lesion so I have to go on stronger MS medication,” the prisoner explained to his spouse.

There was a brief moment of reprieve as the landlord said he wouldn’t be blind forever but he was sure things were only going to go downhill. 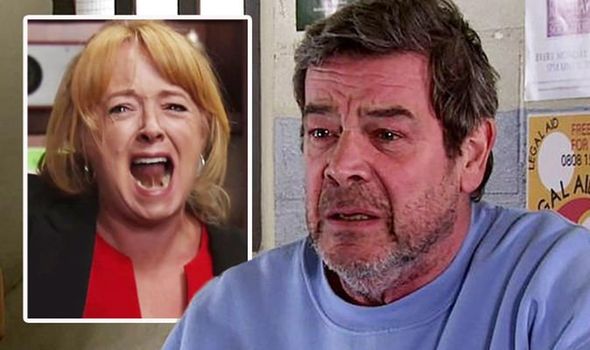 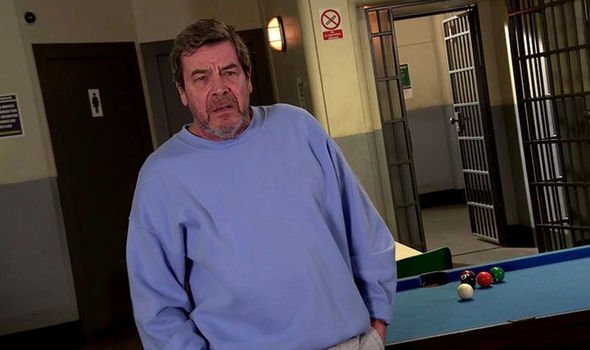 “Jenny, we have to face facts. My MS is not going to get any better, I won’t be like I was before I came in here,” he said.

Foreshadowing his own demise, the beloved character remarked: “Things are getting worse and we need to be prepared for that.”

The landlady looked distraught as it dawned on her that her husband could be telling her he is going to die sooner rather than later. 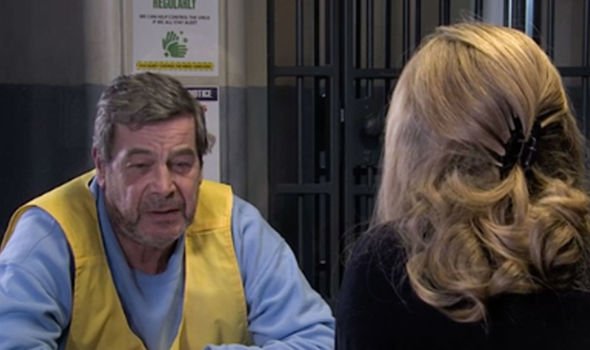 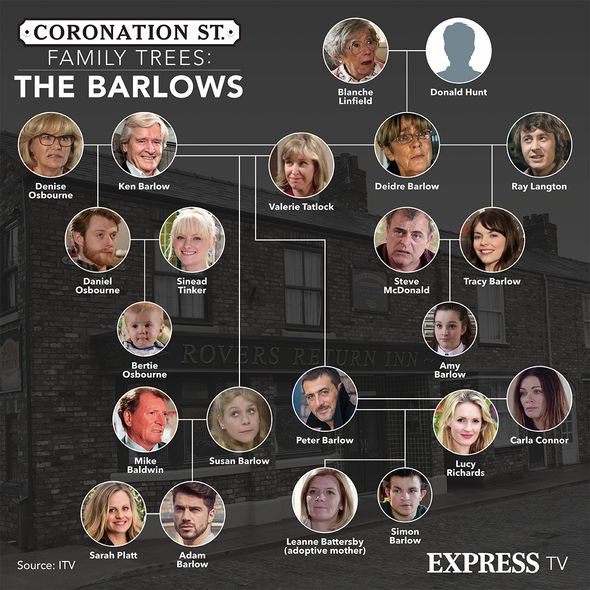 Things are getting worse

Seeking advice from her mother figure, Jenny told Rita she was thinking of abandoning Johnny in his darkest hour.

Recalling her own experience with late husband Ted Sullivan (William Russell), the soap stalwart explained she faced her own dilemma when he was diagnosed with a brain tumour.

Although she knew he didn’t have long left, the pensioner accepted his proposal and stayed with him until he passed away.

The landlady then declared she was going to stick by her husband at whatever cost and no matter how much time he had left.

However, could that time be shorter than she thinks as Johnny’s health continues to deteriorate in scenes airing next week?

The father-of-three will see his visions of his late son Aidan Connor (Shayne Ward) as his illness takes hold.

This will lead to the pub owner being diagnosed with Charles Bonnet syndrome, a condition whereby the brain makes up images due to lack of stimuli from the eyes.

Richard, the actor who plays Johnny, has spoken out about his alter-ego’s current storyline and what this means for him.

The soap star explained of Charles Bonnet syndrome: “There is no attendant feeling of anything else. It is just simply hallucination, it can be an unpleasant one or it could be a pleasant one or both.

“When it is an unpleasant one it is a bit like sitting there and having to watch a horror movie that you don’t really want to watch.

“But before you get a diagnosis people can look at it and can worry themselves that this is a mental health problem.

“Which is what I tried to do with the performance with Johnny, to look like he was having mental health problems.”

Discussing the other symptoms of MS he has to play, Richard added: “I found it quite difficult.

“It’s not easy remembering your lines at the same time as remembering to keep your arm shaking, and bump into something occasionally and at the end of the day, I would find myself still shaking my arm subconsciously.

“It was a useful signifier for the audience, it felt like there needed to be some sort of external expression.

“What is happening is that the whole messaging system is breaking down and I wanted to show some elements of that.”

With so many indicators the beloved character is going to die, could viewers be bidding farewell to the landlord very soon?

If you or anyone you know has been affected by the issues raised in this article, then please find more help and support at mssociety.org.uk.