Les (played by Bruce Jones) is the father of beloved Coronation Street resident Leanne Battersby (Jane Danson) and he too lived in Weatherfield for a decade between 1997-2007. During this time, he had several romances, with his most memorable relationship being with his daughter’s step-mother, Janice (Vicky Entwistle). Despite trying to make their marriage work, the pair eventually split three years after arriving on the ITV soap, but their love for their children has always brought them back together in one way or another. Neither are currently living on the cobbles but with Oliver (Emmanuel and Jeremiah Cheetham) having recently been diagnosed with mitochondrial disease, they could make a dramatic comeback to spend more time with the youngster whilst they still can.

The news of the toddler’s condition has hit his mother Leanne the hardest, given he was somewhat of a miracle child for her as she always struggled to conceive naturally.

Although her sister and Janice’s daughter Toyah (Georgia Taylor), along with her partner Nick Tilsley (Ben Price), have been on hand to support the mother-of-two, she could be in need of some parental comfort.

Since the storyline began back in March, neither Les nor Janice has been referenced by either of their daughters.

Viewers watching at home haven’t forgotten about the pair, however, as after watching Oliver’s heartbreaking scenes, they took to Twitter to discuss a return for the troublesome pair.

One wrote on the social media platform: “We assume Janice and Les will return to help Leanne through her difficult time.” 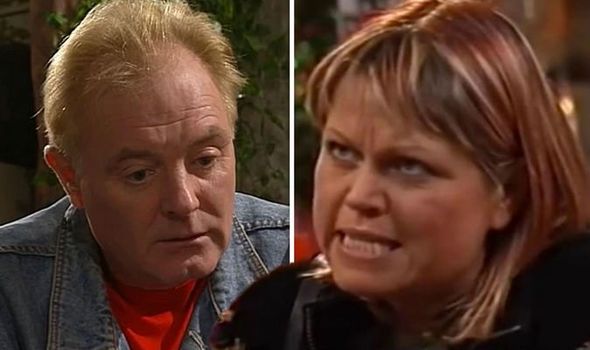 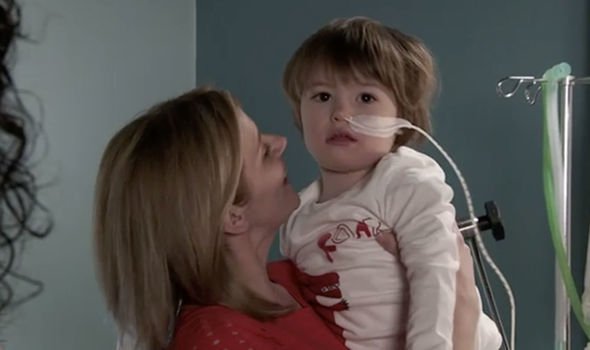 Another added: “I wonder if Les will turn up to comfort his daughter Leanne?” whilst a third commented: “Leanne really needs Janice or Les around. #Corrie.”

It’s fair to say, Oliver’s mother has always been closer to her own step-mother than her father, given how his wayward behaviour has put a strain of many of his relationships.

Despite leaving the cobbles in 2011, the former Underworld Factory machinist has been mentioned several times off-screen, which is more than could be said for her ex-husband.

However, will the pair put their differences aside and come together in order to help their daughter as she has to say goodbye to her son? 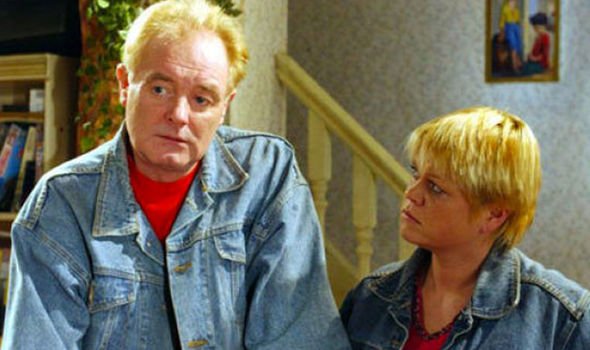 Unfortunately, due to the incurable nature of mitochondrial disease, children diagnosed with the condition live with the uncertainty of how long their future will be.

The soap has been working in association with The Lily Foundation charity, which aims to help children and their families through the process.

Recent scenes have seen Leanne convinced a medical breakthrough will mean Oliver will have a long and happy life, free of complications.

However, the reality of her son’s situation means his condition will deteriorate and both she and Steve McDonald (Simon Gregson) will have to start preparing for the worst.

Having supported Leanne though some of the toughest challenges of her childhood days, Janice would be someone the mother-of-two would desperately need to see to help her through her grief.

The former factory machinist has seen her step-daughter through several failed marriages, whilst her father Les has been largely absent from her life.

Les hasn’t been heard from since 2014 when his step-son Chesney Brown (Sam Aston) said his step-father wouldn’t be able to make it to his wedding to Sinead Tinker (Katie McGlynn).

Could the wayward character have fairly got his act together over the last few years and return as a more stable figure to help Oliver’s mother in her darkest hour?

Speaking in the Celebs on Benefits: Claim to Fame documentary, which aired on Channel 5 in 2015, soap star Bruce, 67, revealed he would like a return for his character.

The actor said: “It would be nice to go back and relive those days. I’d like to be part of the team again.

Back in 2017 and in light of Leanne’s partner Nick making his umpteenth exit from the cobbles, Janice actress Vickie, 51, hinted her alter-ego could make a comeback.

Taking to Twitter, she wrote of the businessman’s departure: “Think I may have to take you in hand lad.”

Will the conclusion of Oliver’s heartbreaking plot see the pair reunite and give viewers the comeback they’ve been waiting a decade for?