Coronation Street resident Roy Cropper (played by David Nielsen) has welcomed family member Nina Lucas (Mollie Gallagher) into his life in recent months and the pair have formed a solid bond. However, it looks as though there could be something set to challenge this early next year when Nina becomes one of the multiple Weatherfield teens who become embroiled in a “tragic” storyline. The exact nature of the plot is being kept under wraps, however, it seems as though there could be a completely devastating result in store for one resident.

Earlier this year, fans were introduced to Nina, Roy’s niece, who proved a divisive figure at first.

However, after her dad Richard’s (Paul Brown) death, she finally started to warm to Roy and has become a firm fixture on the Street.

With Rick’s (Greg Wood) disappearance set to come back into the spotlight in the coming months, it looks as though things are only set to get more difficult. 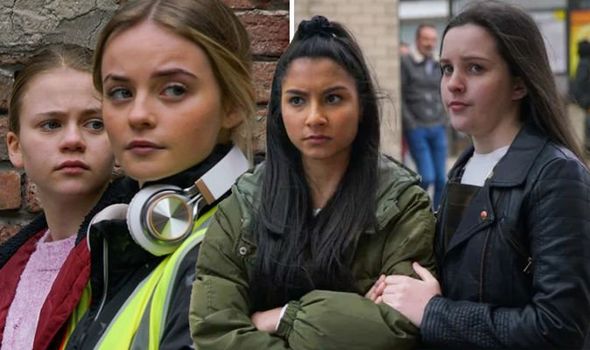 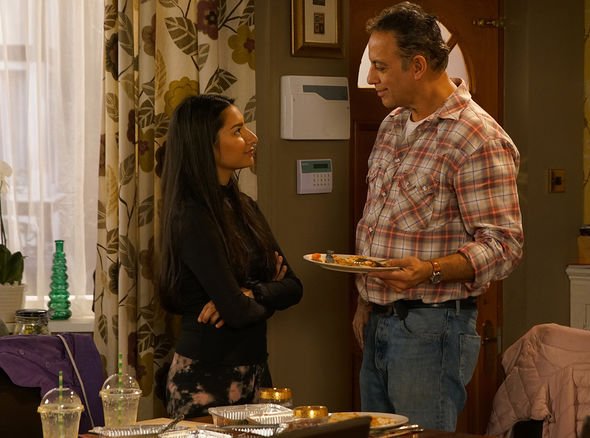 As the youngsters get more intense storylines as they begin to grow up, it seems they will really be faced with something particularly difficult.

Show boss Iain MacLeod has explained how the group will be torn apart in an upcoming storyline which will reach its climax early next year.

Speaking to Express.co.uk and other press, Iain detailed how the storyline will be “incredibly sad”.

Could this mean a resident is set to lose their life in a harrowing accident? 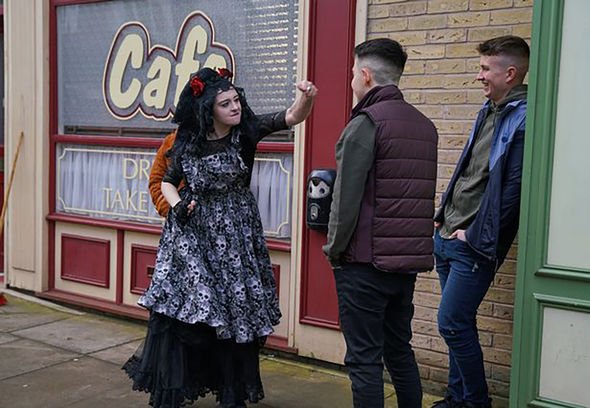 He said: “We’ve got a huge story next year for which we’re laying the groundwork this year, which will involve some of the younger characters.

“So Asha (Tanish Gorey), Nina, Aadi (Adam Hussain) and Kelly… some of you may remember Kelly is loanshark Rick Neelan’s daughter.”

Explaining more about the storyline, Iain explained how it will cause shockwaves in Weatherfield.

He continued: “They’re going to be mixed up in a story, which will be incredibly hard-hitting and will have massive ramifications for Roy and for Abi (Sally Carman).

“Essentially, I think it’s going to be one of the biggest things we do next year by some margin.”

Giving some slight insight into what’s in store for the group, he hinted it would be a difficult watch for viewers when it comes to screens.

Iain continued: “It’ll be quite one of our kind of ‘serious social responsibility’ type stories, but it’ll start with the teens but end up hoovering in Abi and Roy, and countless other people as well.

“It’d be weird to say I’m excited about it because it’s incredibly sad and tragic, I think in some respects, but it will be a really important story for us next year,” the show boss added.

Elsewhere, Iain spoke out about how the show is managing to continue despite new social distancing rules.

The boss said he was “proud” to have done the recent socially-distanced stunt, which fans will remember saw Gary Windass (Mikey North) run over.

He remarked: “I think the fact that we did the world’s first socially-distanced stunt was quite an achievement.

“We did it in the first week, we were back filming, but we just thought, ‘Actually, let’s give it a go.’

“We’re confident in our protocols and competent in our staff. And I think we can make it happen. And I personally was really proud of it,” Iain added.