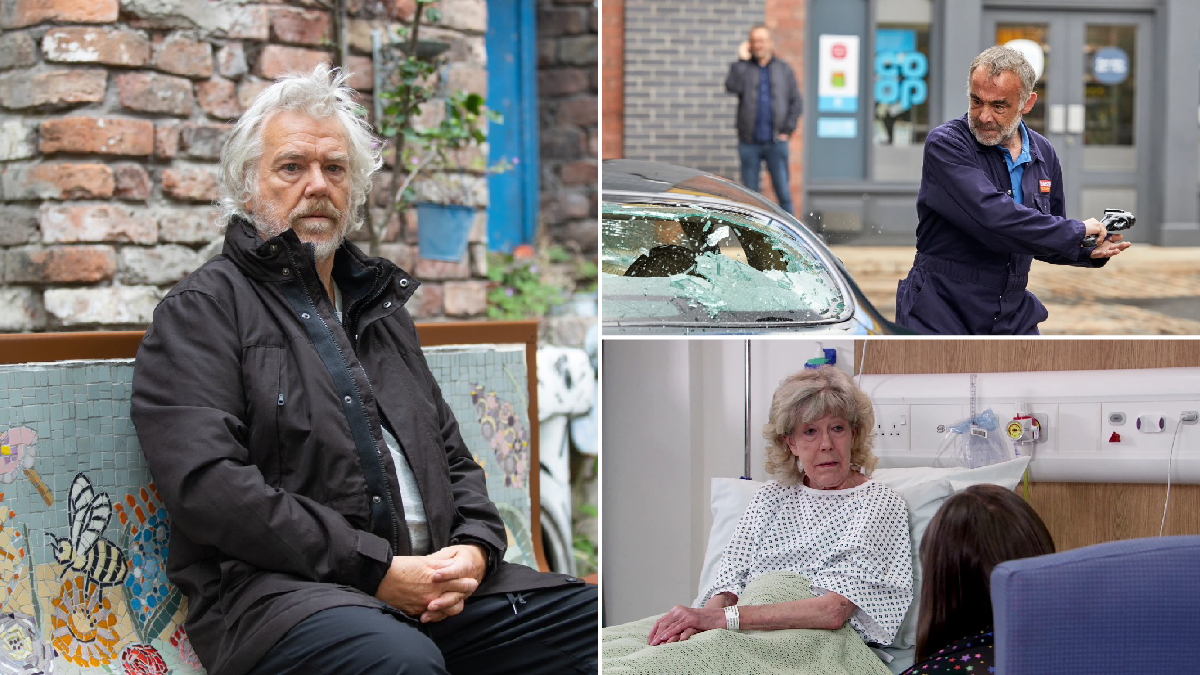 Kevin Webster (Michael Le Vell) struggles to juggle all of his responsibilities in Coronation Street next week, and when Jack (Kyran Bowes) gets into a fight at school, he’s left feeling guilty.

His mind is elsewhere, however, when he sets about repairing Stephen’s (Todd Boyce) car, as Jack and then Abi (Sally Carman) call his mobile.

Stephen, unimpressed, threatens to take his business elsewhere, and Kevin loses his temper and picking up a wrench, starts smashing up Stephen’s car!

Stu Carpenter (Bill Fellows), meanwhile, is furious with Yasmeen Metcalfe (Shelley King), berating her for interfering when he discovers that she has found Bridget’s address.

Kelly Neelan (Millie Gibson), however, urges him to try and make contact with Bridget, and thus he decides to give it a try. Stu arrives at his daughter’s address and knocks on the door.

Bridget, stunned, panics and orders him to leave. Stu begs her to hear him out and assures her that he never hurt anyone.

It’s all kicking off on the cobbles next week, and here’s your first look at what’s coming up!