Home » Corrie star reveals Sam is in danger from Sharon: 'I'm going to be so hated.' 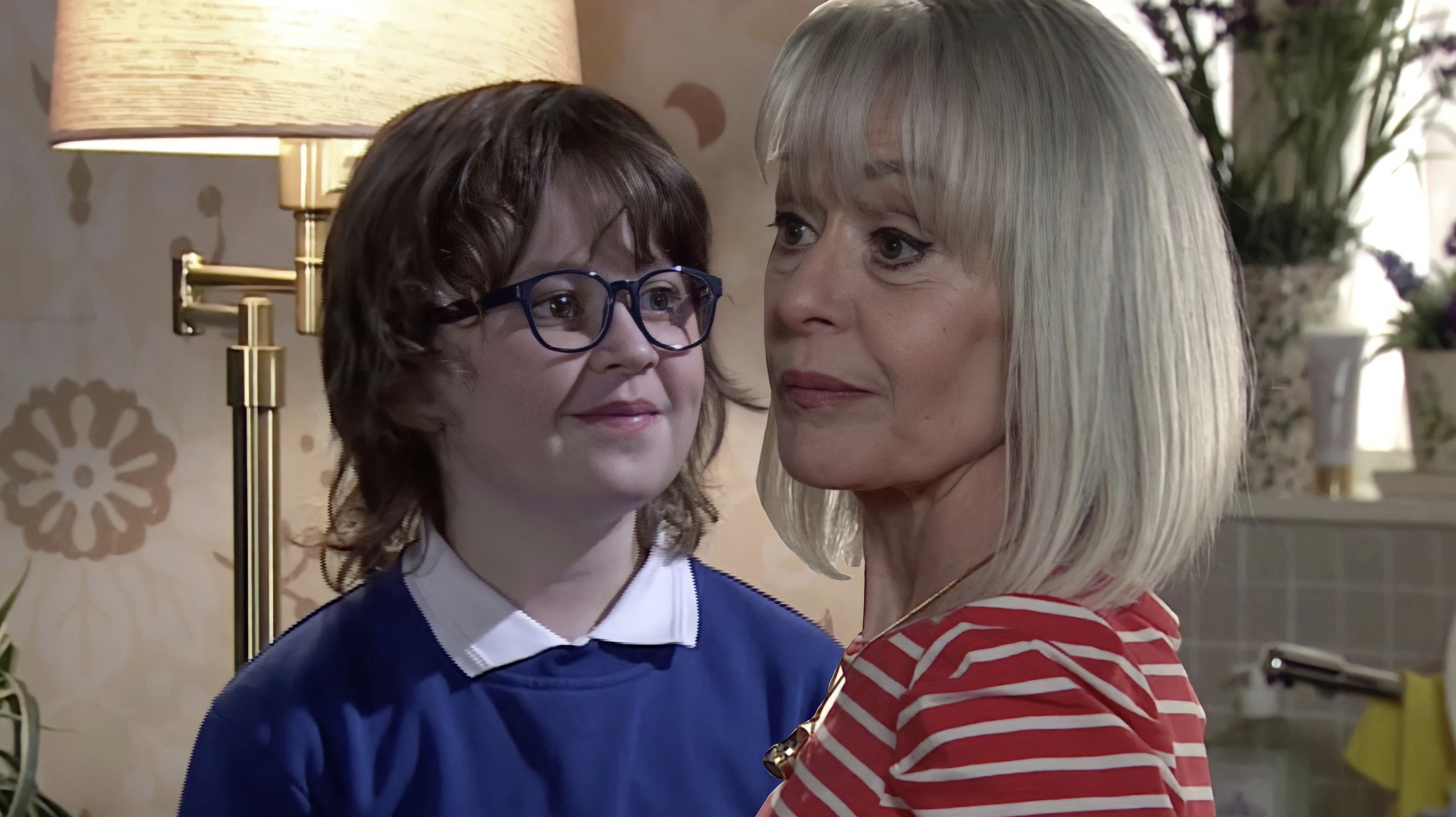 Coronation Street fans will be out for blood after Sharon Bentley starts to target young Sam Blakeman (Jude Riordan). So says actress Tracie Bennett, who believes she’ll be getting on the wrong side of the viewing public in the weeks ahead.

‘I’m going to be so hated in Britain,’ says the Corrie star of the reaction she’s expecting.

But viewers have now learned that Sharon’s nephew is actually the incarcerated drugs lord Harvey (Will Mellor), who’s desperate to get revenge on Leanne (Jane Danson) for having betrayed him.

The problem is that Leanne is currently in hiding along with Nick (Ben Price) and Simon (Alex Bain), but it’s now been revealed that Harvey has tasked his auntie Sharon with tracking them down. Hence her having reappeared in the neighbourhood with a plausible cover story – and a devious ulterior motive:

‘Harvey has said to her, “I need you to find Leanne and I don’t care how you do it”. She’s a bit scared of him, really. She doesn’t know how far Harvey will go. And you’ll certainly see Sharon struggling with her morality.’

Scenes shown on Monday saw Sharon start chatting to Sam, having become aware that a friendship between the two of them could prove useful.

And episodes set to air later this week will see Sharon try to ingratiate herself further with Sam with the aim of extracting Nick’s contact details from him.

This manipulation may well earn her the ire of Corrie devotees, but Bennett believes that Sharon’s shortcomings and failings are what makes her such a compelling character to play:

‘I’m interested in her flaws, especially when she’s under pressure. There’s a sense of duty to what she’s doing, but also guilt as well. It’s what drew me back to the show, really. Coronation Street knew I wanted a good storyline. Why bring me back and waste it?

‘I’m not back to just say to someone in the Kabin, “there’s your paper, love”. There has to a purpose. A journey for Sharon to go on.’

And does she feel any guilt at gulling people like Rita, who she’d once have considered a loved one?

‘Eventually, she does feel some guilt,’ Bennett teases. ‘Sometimes she’s enjoying the ride and she’s pleased with herself because she’s doing good for Harvey. But when the person she’s dealing with is harmless, there is massive remorse.’

And let’s face it, they don’t come more harmless than adorable Sam. Pray for him, readers. He may need all the help he can get…

Coronation Street continues on Wednesday 28 April at 7:30pm on ITV.