A few minutes into today’s BBC Breakfast, Dan and Louise decided to take a look through Monday’s newspapers to share other headlines catching the eye. Of course, the reaction to the recent A level results dominated but the two did manage to find a few unique lines away from the chaos. However, when Louise brought up a quirky story around tea-drinking, the BBC host soon found himself red-faced.

Dan picked up a paper as he pondered his answer before Louise jumped straight back in before he could respond.

“Apparently,” she interjected. “I only ask, the only reason I’m saying that…”

It soon transpired Louise was only asking to tee up a headline she’d read, leaving Dan rather flustered. 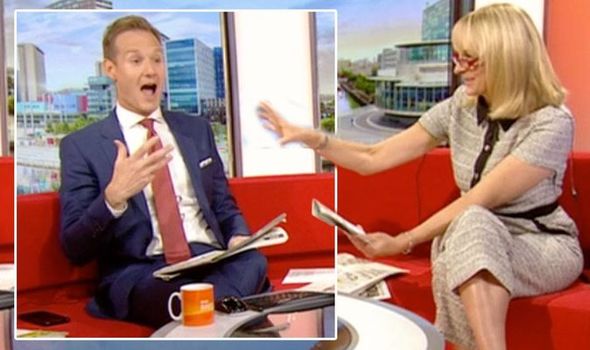 “Oh right,” Dan hit back. “You’re not actually interest, you’ve just got a story you wanna tell me.”

Louise giggled off Dan’s reaction as he continued: “I was about to answer!”

Dan then mimicked how he was cut off by his co-host before telling her to “carry on”.

Louise then revealed why she’d set Dan up for the exchange, repeating: “Do you need one, yes or no?” 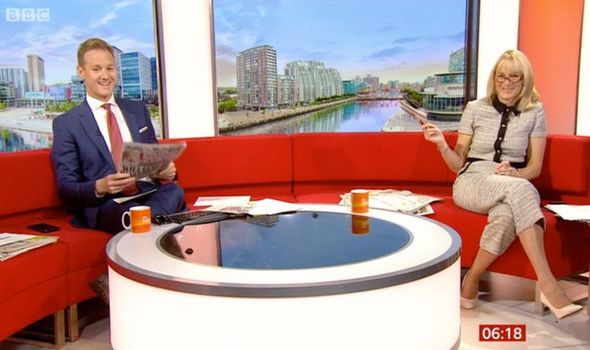 Louise then told viewers she planned on converting her co-host to coffee after “years” of trying.

“The reason I want to talk about that,” Louise explained, “is it’s about cups of tea.

“And, apparently in lockdown, one upside of lockdown, (is) it gave parents the opportunity to teach their children how to make a proper brew.”

Louise then revealed making a cup of tea was apparently one of the 50 top skills children could have learnt in lockdown before quizzing Dan about what he thought the top three were.

“To be honest, kind and polite,” Louise revealed before Dan could answer again.

Dan noticed Louise’s interjection once again and was keen to let her know.

“I was going to answer that one as well,” he joked.

BBC Breakfast continues daily at 6am on BBC One.