Fans were stunned when they learned Jim Hopper (played by David Harbour) had survived the blast at the hidden Russian bunker underneath the Star Court Mall in season three, and had been taken to Russia. While the residents mourned the police chief and went on with their lives, Hopper was starved and traumatised in a Soviet Union prison. As a result, Hopper lost weight and became a shell of his former self.

Hopper’s dramatic transformation is noticeable particularly in episode nine when he changes clothes and fans see him with his shirt off.

While Joyce Byers (Winona Ryder) spots the cuts and bruises on his body, fans will no doubt have noticed his weight loss.

Eleven (Millie Bobby Brown) also comments on Hopper’s change in appearance when they are reunited at the end of the series.

As he takes his hat off, Eleven remarks: “You look….” 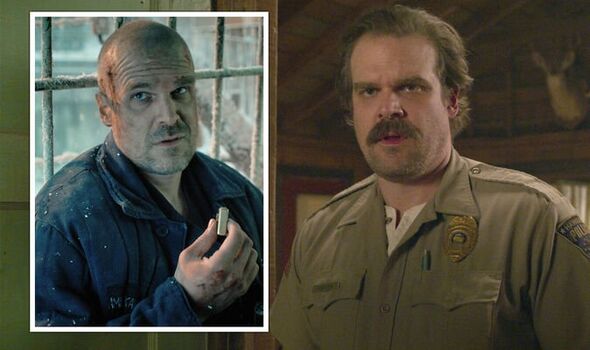 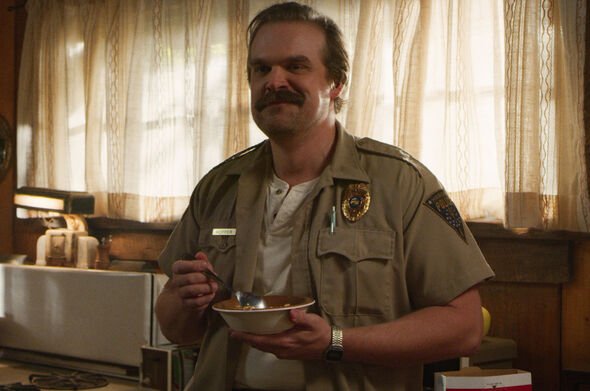 “Not fat?” Hopper replies, with the young girl giggling: “And your hair!”

Her surrogate father adds: “Yeah, I kind of stole your look kid. What do you think?”

Actor David has spoken about his weight loss journey, explaining it began when he had to shed the pounds for Black Widow. 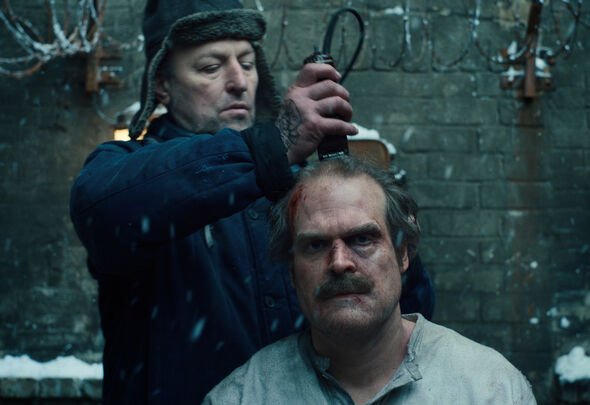 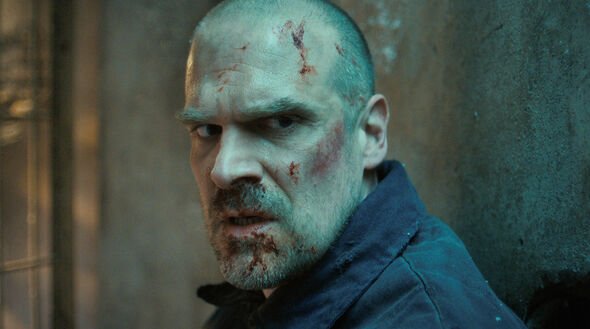 “And I lost like 60lbs through the shooting. The first stuff we shot was at the prison, so that belly that’s coming at you, that’s all real belly.

“And then as we shot, I started to lose weight. I was just hungry a lot of the shoot.”

He told the publication: “I think you’ll see, nutritionally, it’s not very good for me, mentally and nutritionally.”

David added the weight loss was down to “just not eating”.

“You try to do all these different things, the protein and the this and that, and then you just stop eating and you lost weight.”

The actor previously detailed how he had to have prosthetics fit for scenes shot after he had lost weight.

Alongside snaps of him in a make-up chair on Instagram, David explained: “At the end of S3 I told those Duffer bros that we shout shoot the flashbacks post ‘dead’ cause I was going to lose the weight and there’d be continuity issues.

“But they hadn’t been written yet. Luckily, we had the miraculous @barriegower come in and give me the ‘full hopper’ face.

“I hate prosthetics but Barry/team made it as painless as possible. The results speak for themselves.”